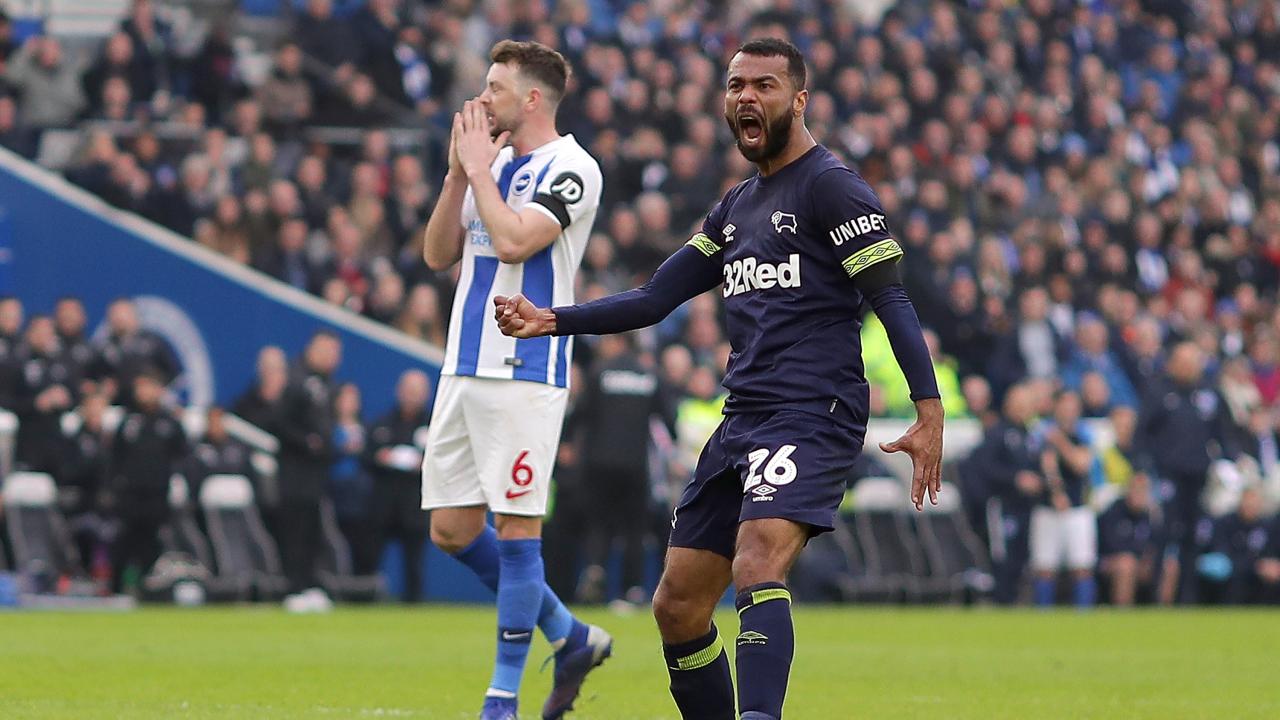 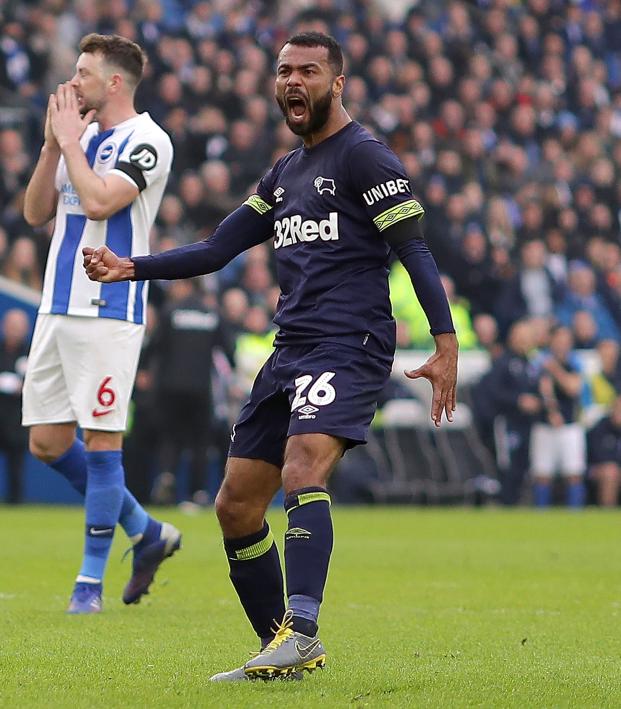 Brad Homeyer February 16, 2019
Cole has spent most of his career playing in England and hadn't scored a single goal in the FA Cup until now.

Ashley Cole has completed another first in his 20-year career: his first FA Cup goal.

The 38-year-old recently signed for Frank Lampard’s Derby County from MLS and made his debut in it’s fifth-round FA Cup tie with Brighton & Hove Albion.

After going down 2-0 to the host, Derby County pressed for a response in the second half. After a ball over the top caused a scramble in the box, a poor clearance by Daniel Burn fell kindly to Cole’s head.

| @TheRealAC3 with his first EVER @EmiratesFACup goal, despite winning it seven times! pic.twitter.com/xvijbnIb8T

The 38-year-old has had quite the career, starting with Arsenal, then crossing London to Chelsea, then to Roma, LA Galaxy and finally returning to England. Cole isn’t a goal scorer to say the least, but only playing 45 minutes on a debut and grabbing a goal at his age is something special.

Ashley Cole gets Derby back in it! They trail 2-1! pic.twitter.com/1g0sdR9lTh

Although Derby County was knocked out of the FA Cup with a 2-1 defeat, Lampard was quick to praise Cole, a former teammate of his.

"He has been working hard," Lampard said. "He wasn't quite ready for 90 minutes today but that's a great exercise he has given 45 minutes. I thought he was calm and assured on the ball. He has all the experience from his career and got his goal. It's really good for us and we will need him."

1847 - Ashley Cole - who played in a record eight different post-war FA Cup finals - is making his first #FACup appearance in 1847 days, since playing alongside Frank Lampard for Chelsea against Stoke in January 2014. Gap. #BHADER pic.twitter.com/5ErXF6KRda

Ashley Cole has now made 48 FA Cup appearances in his 20-year career, and it wasn’t too late for him to open his account. No, the world is not ending.