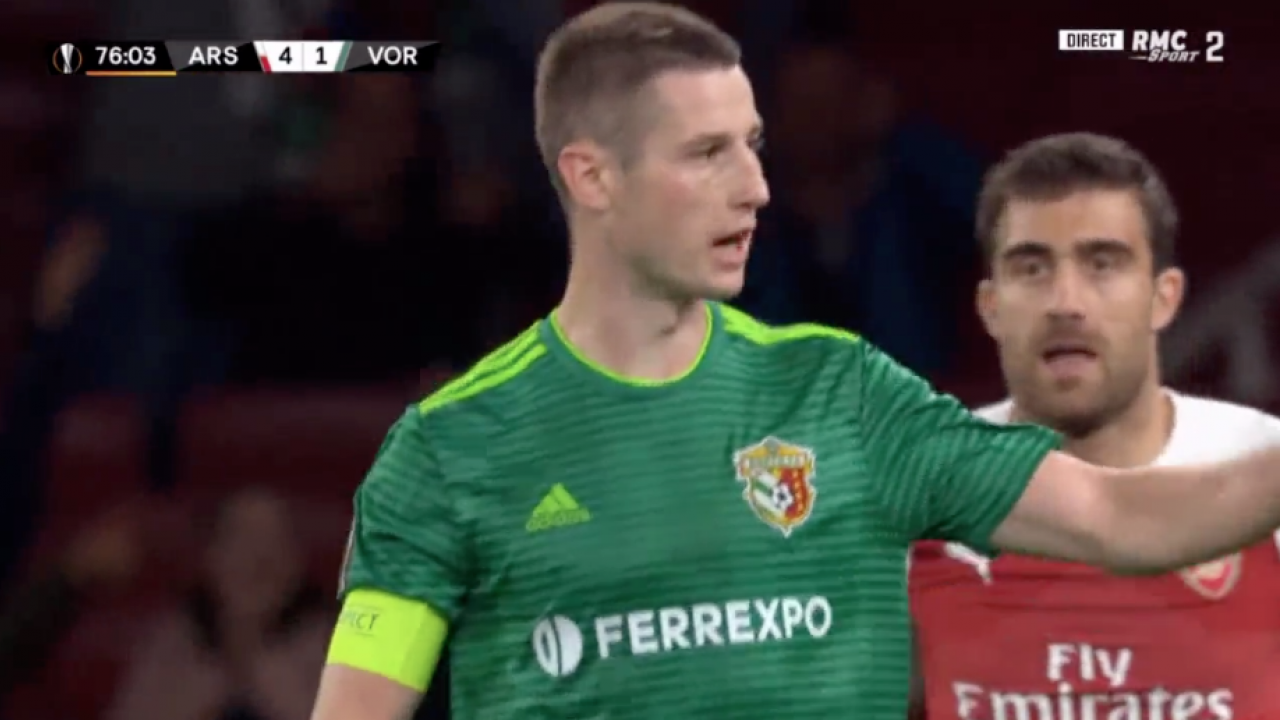 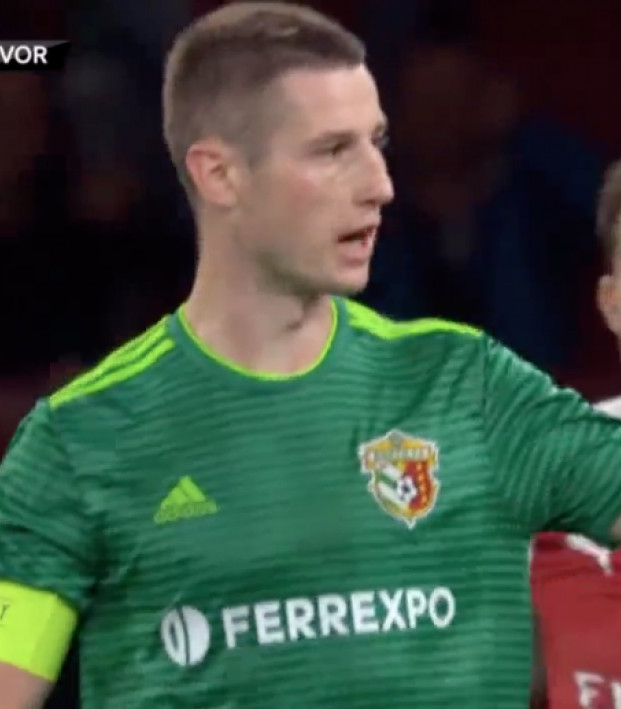 Travis Yoesting September 20, 2018
Volodymyr Chesnakov had one bizarre pregame ritual at the Emirates. He scored, but Arsenal still won 4-2.

Volodymyr Chesnakov has one of the oddest pregame rituals we have ever seen.

The captain of Vorskla Poltava, Chesnakov and his teammates were in London to face Arsenal in the Europa League on Thursday. Before coming out onto the pitch at Emirates Stadium, Chesnakov spit all over his own face.

And it worked. He scored a great goal for Vorskla, the fifth-place team in the Ukrainian Premier League.

But Arsenal still won easily, 4-2, to the surprise of no one.

Before the match, cameras providing the pivotal tunnel shot (what’s a soccer match without the tunnel shot?) captured Chesnakov and his bizarre pregame ritual. The team captain spit on his hands multiple times, rubbing the viscous saliva all over his face.

Maybe London was too dry for his delicate skin?

In the 76th minute, whatever Chesnakov did paid off. He scored Vorskla’s first goal with a strong strike after some poor control from right back Stephan Lichtsteiner.

Maybe I should start rubbing spit all over my face before I write articles?

Vorskla actually got a second goal right at the stroke of full time, Vyacheslav Sharpar scoring with just about the last kick of the match.

Of course, most of the Arsenal vs Vorskla highlights belonged to the Gunners, who led 4-0 after 74 minutes and maybe hit cruise control too early.

Pierre-Emerick Aubameyang opened the scoring by finishing a nice pass from Alex Iwobi.

Iwobi  Aubameyang and Arsenal is in front.

Danny Welbeck made it 2-0 early in the second half with this header. Somehow both Welbeck and Daniel Sturridge scored in Europe this week.

Welbeck heads it in and Arsenal's in control.

Aubameyang bagged his second with a nice finish, though I think he was trying to pass it before he took the shot.

.@Aubameyang7 grabs his second goal of the day

Mesut Özil finished off the scoring for the Gunners by tapping in a looping cross from Lichtsteiner.

.@MesutOzil1088 puts one in for Arsenal

If only Arsenal players had rubbed spit in their faces, they probably would have won 8-0.