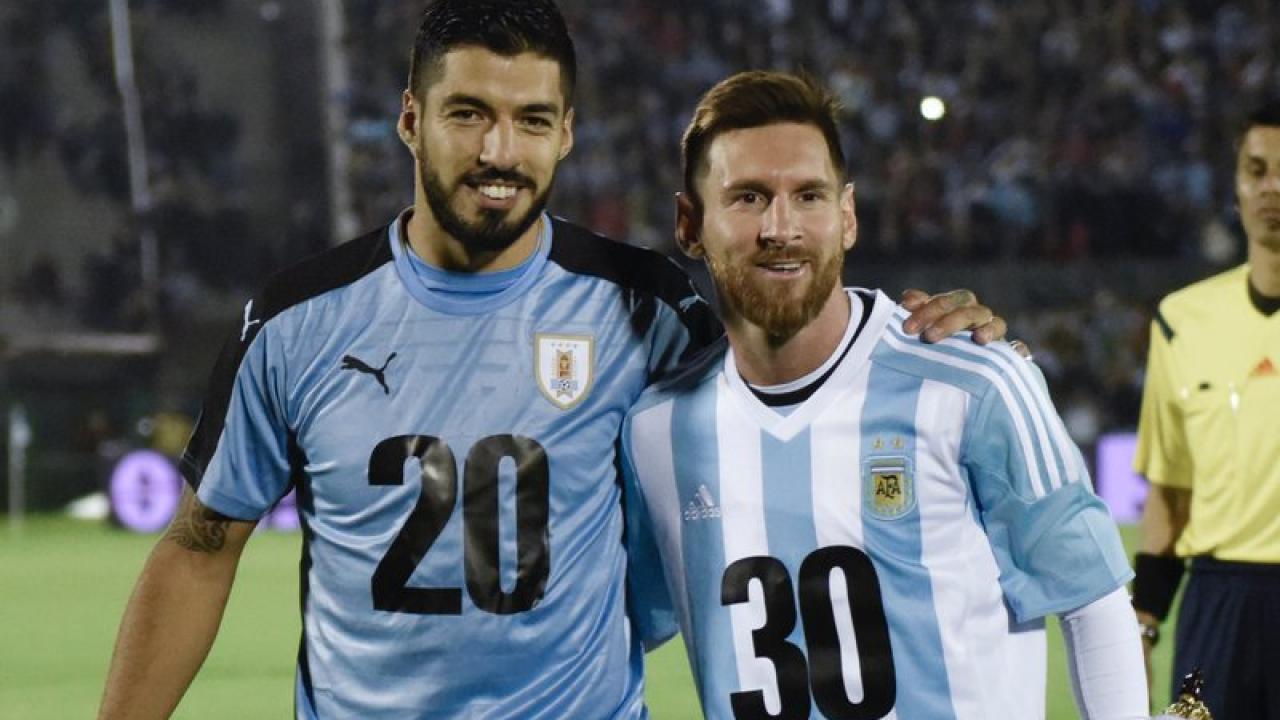 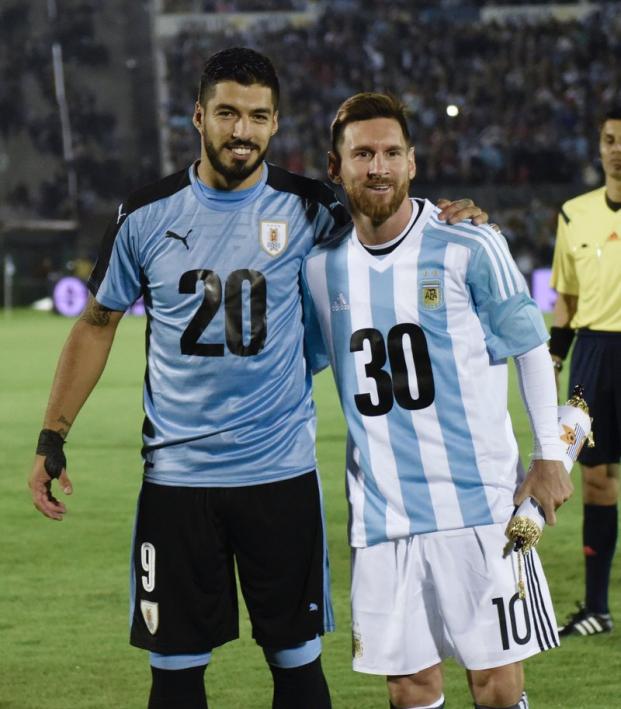 Before Argentina and Uruguay kicked off Lionel Messi and Luis Suarez joined together in makeshift jerseys combining to display 2030, the year the two nations would like to co-host the World Cup. The two countries then played some brother-in-law offense as they scrapped to a 0-0 draw in CONMEBOL World Cup qualifying on Thursday evening in Montevideo, Uruguay.

The home side appeared content to let Argentina have possession, sitting back and waiting for a chance to counter with Edinson Cavani and Luis Suarez, who started despite not playing in more than two weeks after picking up a knock with Barcelona. Argentina appeared content to get out of Uruguay with a point.

For the highlight of the match, we had to go to a cut-in from Chile where Arturo Vidal scored an impressive own goal in a shocking 3-0 defeat to Paraguay.

Earlier in the day Colombia tied last-place Venezuela to move up to 25 points. Venezuela, with more on its mind lately than football, earned just its seventh point in 15 qualifiers. Alexis Sanchez had an awful day with Chile’s stunning defeat to stay on 23 points. Paraguay got back in the fight moving up to 21 points.

Uruguay meanwhile remained in decent position with 24 points with Argentina inching up to 23, but behind Chile on goal differential. They all trail Brazil (already qualified), with the top four earning automatic qualification. The fifth-place team plays either New Zealand or Solomon Islands in a home-and-home playoff in November.

The first 35 minutes of the match were shockingly poor. Lionel Messi let a pass slide under his foot, sent a pass straight out of bounds and dribbled into a defender. In the 37th minute things picked up, with Argentina goalie Sergio Romero keeping three shots out in quick succession.

A quick flurry of chances for @ECavaniOfficial and Uruguay, but we remain scoreless late in the first half. #URUARG  pic.twitter.com/uhYmQZqEhF

Messi then regained some of his superhuman form and put a shot on target after a long run combined with a give-and-go with a teammate. Fernando Muslera was up to the task for Uruguay to keep the match scoreless at the break.

The second half wasn’t much better. The tone was set early when Alvaro Gonzalez crushed Messi from behind to pick up a yellow card.

Messi bounced back and put a free kick on frame, but again Muslera was up to the task.

Moment of tension as Messi takes a free kick from a dangerous spot. #URUARG  pic.twitter.com/GfTgBNETiW

The rest of the half played out with Argentina passing the ball around midfield without any real purpose, as if a trip to the World Cup wasn’t on the line.