Connor Fleming October 5, 2020
Under Ronald Koeman, Griezmann has been less involved than ever before.

Bayern Munich’s Thomas Müller has long been associated with the label he assigned himself on the pitch, that of the Raumdeuter, which is roughly translated as an “interpreter of space.”

To see this gangly phantasm appear over and over again in the right space and at the right time — to the tune of 14 goals and 26 assists across all competitions last season — is to understand the boundless opportunism of his eccentric playing style. And as nonconforming as Müller’s approach might be, it’s still entirely interconnected with the thriving ecosystem that is Bayern’s tactical philosophy.

But if this is Müller’s special power, it’s probably time to start defining Antoine Griezmann’s role with Barcelona as that of the anti-Raumdeuter. Where Müller goes in search of pockets of space — these residual areas of dark matter where the war can ultimately be won — it’s Griezmann’s job to ensure that he stays the hell away.

If ever there’s a point on the pitch where a Barcelona attacker might find some joy, it’s Griezmann’s point of emphasis to not clutter that zone by entering it. He’s basically the youngest player during a neighborhood kick about, being asked to do all the running and marking but never even momentarily considered as a facilitator of good things.

The French World Cup-winner has become football’s most technically gifted red herring. At the best of times, Griezmann is lauded with an analyst’s circle and a line showing his diversion run away from the action, dragging one slightly interested defender with him while Lionel Messi dances into the space left behind and drills home an effort from 25 yards out.

When Barcelona’s beating Villarreal 4-0, there’s a somewhat muted attempt to cast Griezmann as Roberto Firmino on the wing. But when Barça’s drawing 1-1 with Sevilla and Griezmann’s doing more or less the same thing, he looks a lot more like James McClean in a Blaugrana shirt.

Here are the maps that show Barcelona’s passing combinations, player involvements and average positioning from the opening three fixtures. If you thought Ernesto Valverde and Quique Setién weren’t getting a lot from Griezmann, take a look at what Ronald Koeman is doing with him. 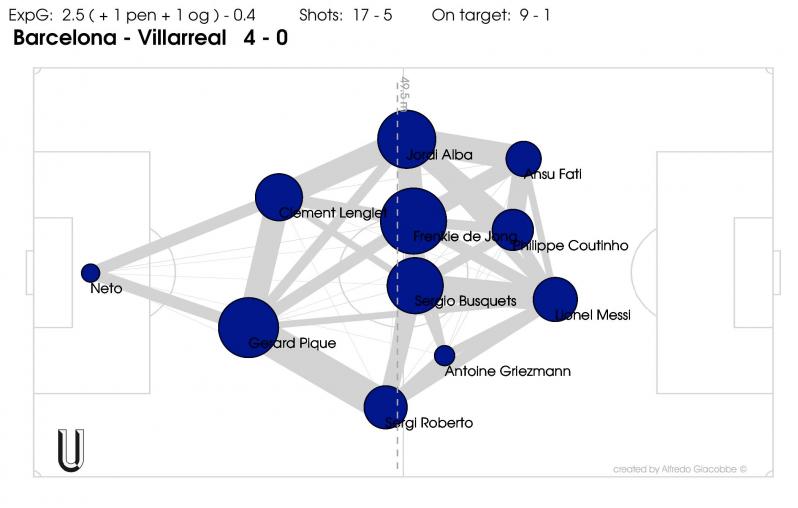 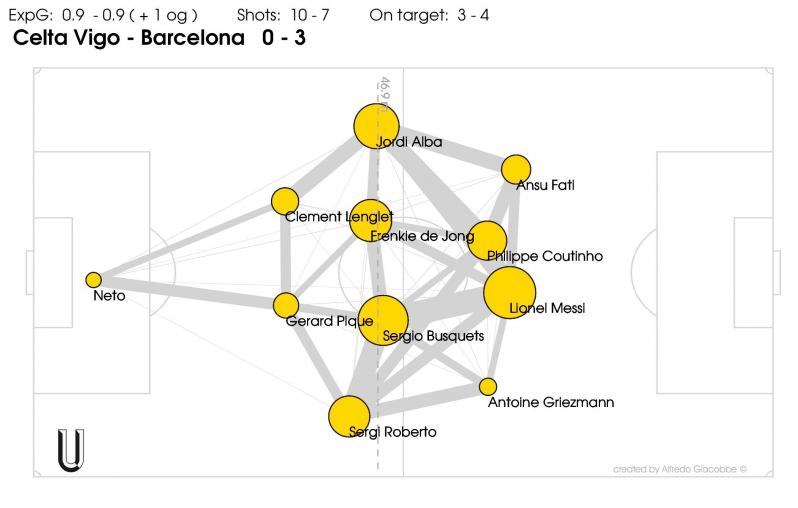 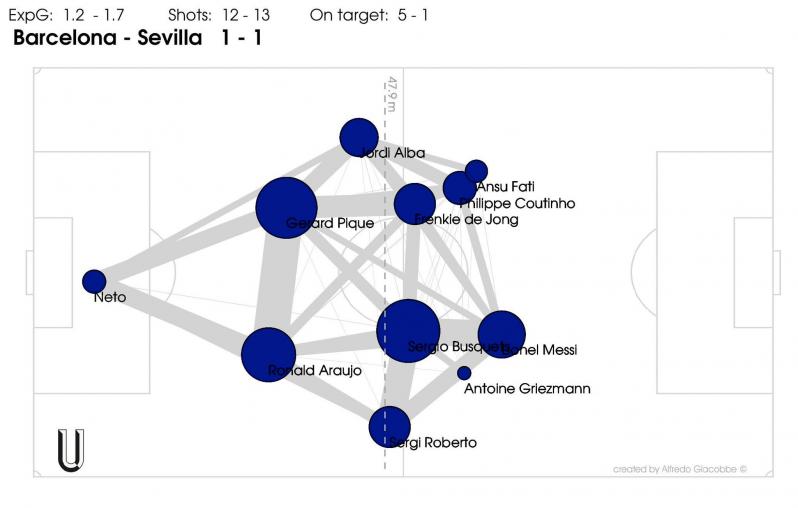 In the face of Messi drifting centrally and wide on the right while Ansu Fati and Philippe Coutinho combine on the left, there’s zero purpose in fielding another centrally-operating forward, which is Griezmann’s modus operandi.

Barcelona has experienced very little joy on the right wing this season, leading to calls for the inclusion of more traditional wingers like Francisco Trincão and Konrad de la Fuente.

Griezmann is now off to join France for international duty, where he last scored and assisted in Les Bleus 4-2 win over Croatia on Sept. 8. In that match, Griezmann played as the attacking midfielder behind Wissam Ben Yedder and Anthony Martial with N'Golo Kanté and Steven Nzonzi doing the dirty work in the holding roles.

There’s no reason to doubt that Griezmann will continue to shine in this role for France, despite his new club positioning as the anti-Raumdeuter.