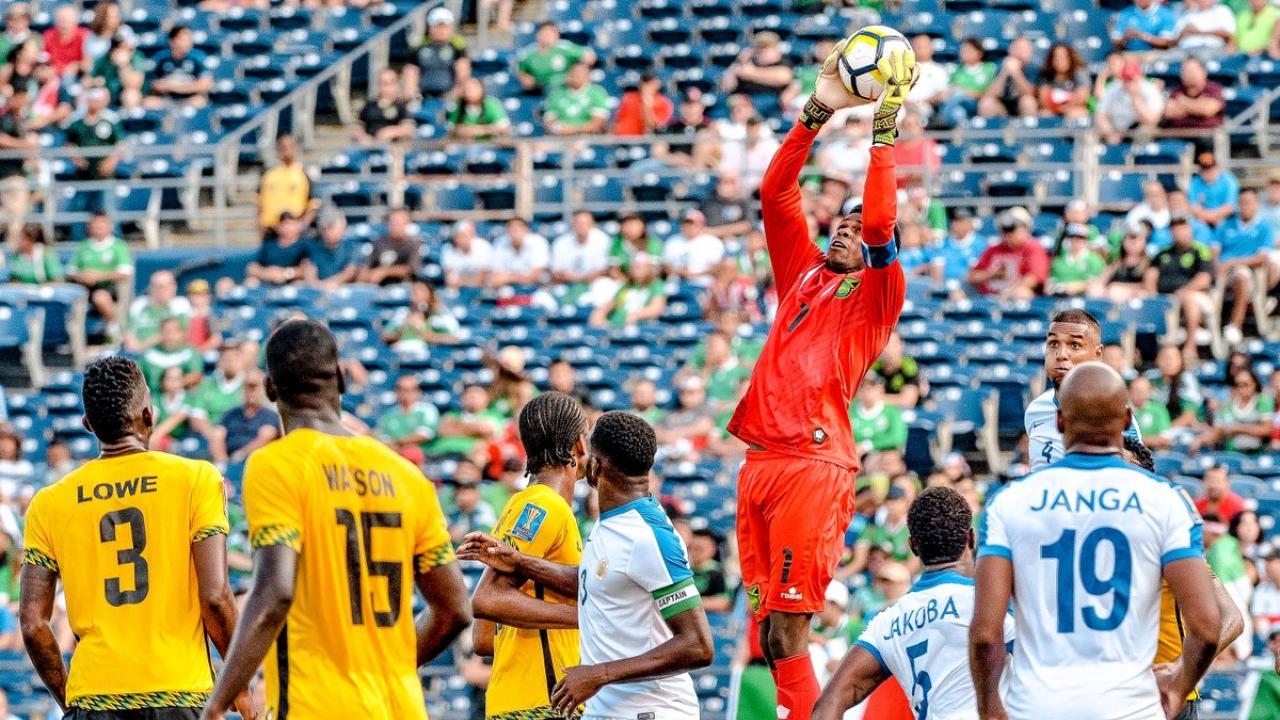 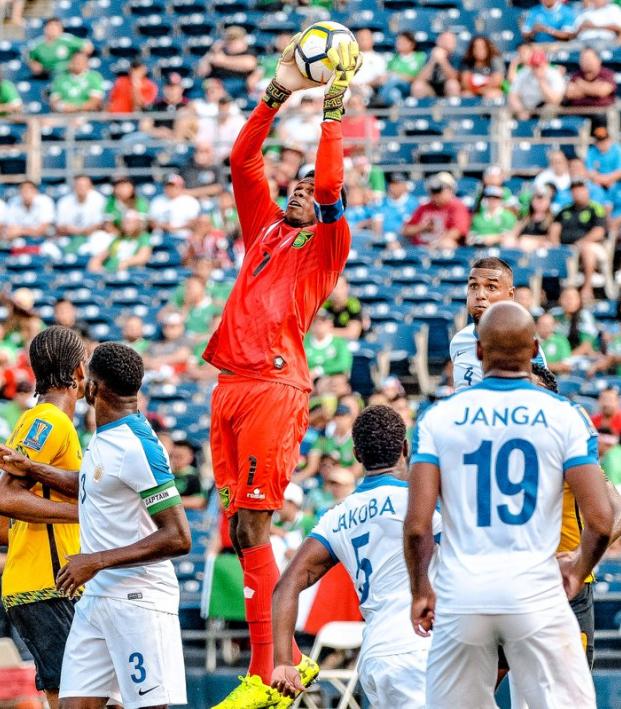 Andre Blake Is The Best Keeper At The Gold Cup. It’s Time For European Clubs To Take Notice

Connor Fleming July 10, 2017
Like Keylor Navas before him, Blake is being overlooked by virtue of being a CONCACAF international that doesn't play for Mexico or the U.S.

Andre Blake captained Jamaica to a winning start at the 2017 Gold Cup on Sunday, keeping a clean sheet and recording six saves in the Reggae Boyz victory over Caribbean rivals Curacao.

The international heroics from the 26-year-old goalkeeper were no different from what he’s been accomplishing with the Philadelphia Union throughout the first half of the 2017 season.

His second full season as the Union's no. 1 has included a 378-minute shutout streak that spanned four consecutive clean sheets. He’s amassed seven shutouts in 17 starts, and his goals against average of 1.18 and save percentage of 68.5 put him near the top of the league in both categories.

After being named the 2016 MLS Goalkeeper of the Year and helping Philadelphia reach the playoffs, Blake is poised for similar success this season.

Jamaica has a good one in @andreblake29. #JAM #GoldCup2017 pic.twitter.com/c9hbC69WgE

The more you see of Blake, the more preposterous it seems that no European club, to public knowledge, inquired about his services before the start of the 2017 MLS season.

After being drafted with the first pick of the 2014 MLS SuperDraft by Philadelphia, the Union’s no-brainer to pick up his contract extension for 2017 sees the former University of Connecticut standout count against the club’s salary cap for the first time.

But with a salary of $186,500, that’s an extremely insignificant amount to pay for the league’s best — Tim Howard, in comparison, will make nearly $2.475 million. While it was rumored that Blake would go abroad following the 2016 season, no concrete offers arrived for the 6’2’’ shot-stopper.

Stewart said he hasn't fielded offers yet. "Would it surprise me if people called trying to buy him? No."

When looking at his talent, upside, physical tools and the bargain price, this seems preposterous. If anything, one’s reminded of a recent comment by the agent of Real Madrid goalkeeper Keylor Navas, Ricardo Cabanas.

Cabanas gave detailed reports and videos to all the top clubs in Europe of his client, but he was shocked to hear Barcelona’s reasoning for turning Navas down:

“One of [Pep Guardiola’s assistants] told me: ‘He’s a great keeper, Ricardo, but no one is going to sign a goalkeeper from Costa Rica — at least no big club…”

Navas has since lifted Costa Rica to the World Cup quarterfinals and won back-to-back Champions League titles as Real Madrid's starting keeper. If European clubs felt this way about a Costa Rican international, just imagine how they feel about a Jamaican one.

Union sporting director Earnie Stewart believes that Blake hasn’t come close to reaching his full potential, and Blake is focused on playing his best for Philly.

“Every day I think I can get better at shot blocking, distribution, and crosses and my decision making,” Blake said. “For me it is about trying to get better every day. I love it here and love playing with these guys.”

Union midfielder Haris Medunjanin, who played for AZ Alkmaar, Sparta Rotterdam, Valladolid and Deportivo La Coruna, had this to say about his side’s keeper following a match against DC United on June 24: “Andre is a great goalkeeper. He saved us a lot of games and tonight he saved the penalty kick. It was a moment for him to step up and he did it. This is the reason why last year he was the best goalkeeper in the league. He has the potential to play in Europe.”

On Thursday, Blake will have another opportunity to showcase his talent on the international stage. Jamaica will play Mexico at Sports Authority Field in Denver, and any positive result for the Reggae Boyz would almost certainly see Blake putting in one of the best individual performances of the tournament.

Blake will eventually get his chance in Europe, and don't be surprised to see him achieve success similar to that of Real Madrid's Navas.