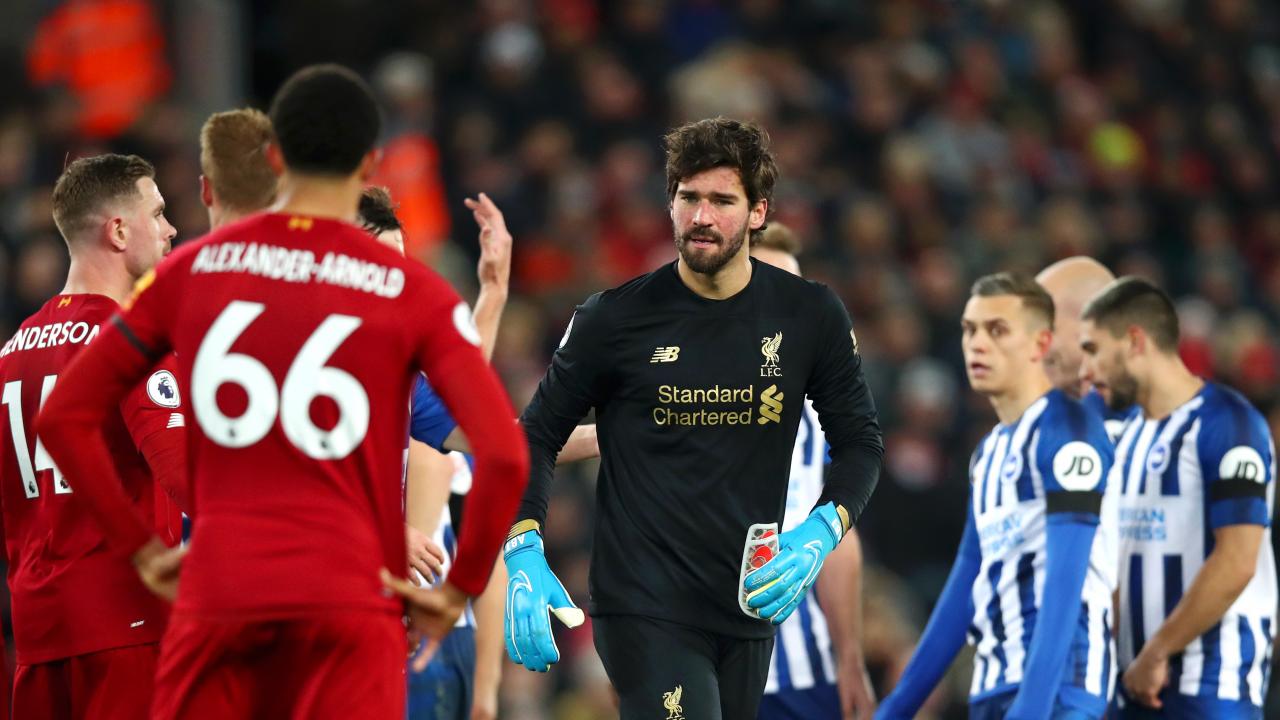 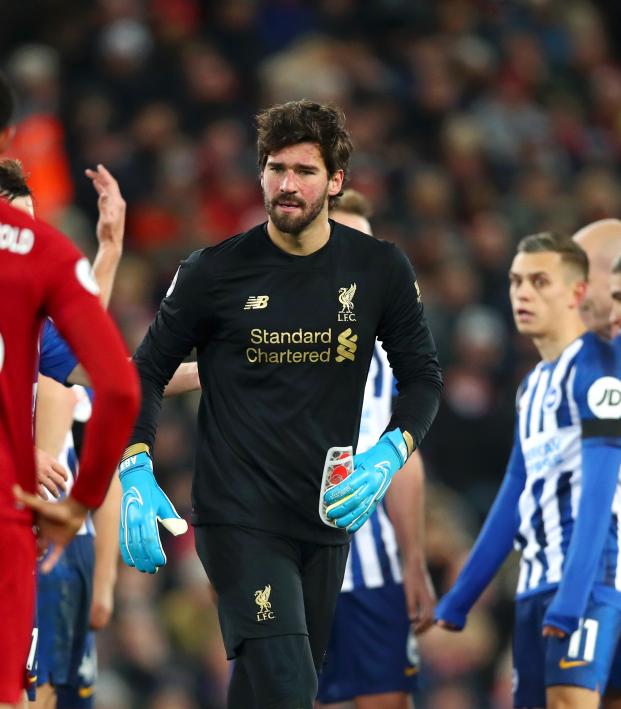 Former Red Jonjo Shelvey gave Liverpool a gift earlier in the day, scoring a late equalizer to hold Manchester City to a draw. Then the goalkeeper nearly threw it all away with a remarkably stupid Alisson red card against Brighton & Hove Albion.

Ultimately, Liverpool held on to win 2-1, going 11 points clear of Manchester City after the Citizens drew 2-2 with Newcastle United earlier on Saturday. But it was unnecessarily nervy at Anfield because of some boneheaded goalkeeping.

Virgil Van Dijk, guilty of some poor play to give up a goal in a 1-1 draw with Napoli in the Champions League on Wednesday, scored two goals in the first half to set Anfield alight. Jürgen Klopp’s side looked like it would cruise to another easy win.

But an Alisson red card in the second half changed all that.

In the 76th minute, Alisson was caught in no-man’s land on a simple ball over the top of the Liverpool defense. Unable to accurately judge the flight of the ball, Alisson was out of the box when Neal Maupay got on the ball. As the last man, Alisson raised his arms to save Maupay’s shot, committing an obvious red card.

It’s never good to go a man down and make a comfortable lead uncomfortable. Leading 2-0, Alisson should have been far more conservative in his positioning.

But at least the Alisson red card saved a goal, right?

Alex Oxlade-Chamberlain was subbed out to bring in back-up goalkeeper Adrián. Before Adrián could even get his defenders to properly set up a wall, Liverpool conceded.

With the Reds still trying to put their wall in place, Lewis Dunk cleverly took a quick shot immediately after the referee’s whistle, catching Liverpool off guard to pull within 2-1 a mere 46 seconds after Adrián came on to the pitch.

Adrian was on the field for 46 seconds before Brighton scored

Did the ref blow his whistle a little earlier than normal? Probably. But once that whistle blows, you gotta be ready to play.

Adrián had a couple shaky moments in goal after that, including fumbling what should’ve been an easy save nearly into his own net before recovering.

Despite the dramatic finish, Liverpool prevailed in the end, capitalizing on City’s defeat to take what looks like an unassailable lead in the Premier League.

Yes, it’s still early, but it’s hard to see Liverpool not winning its first title in 30 years this season, for better or worse.