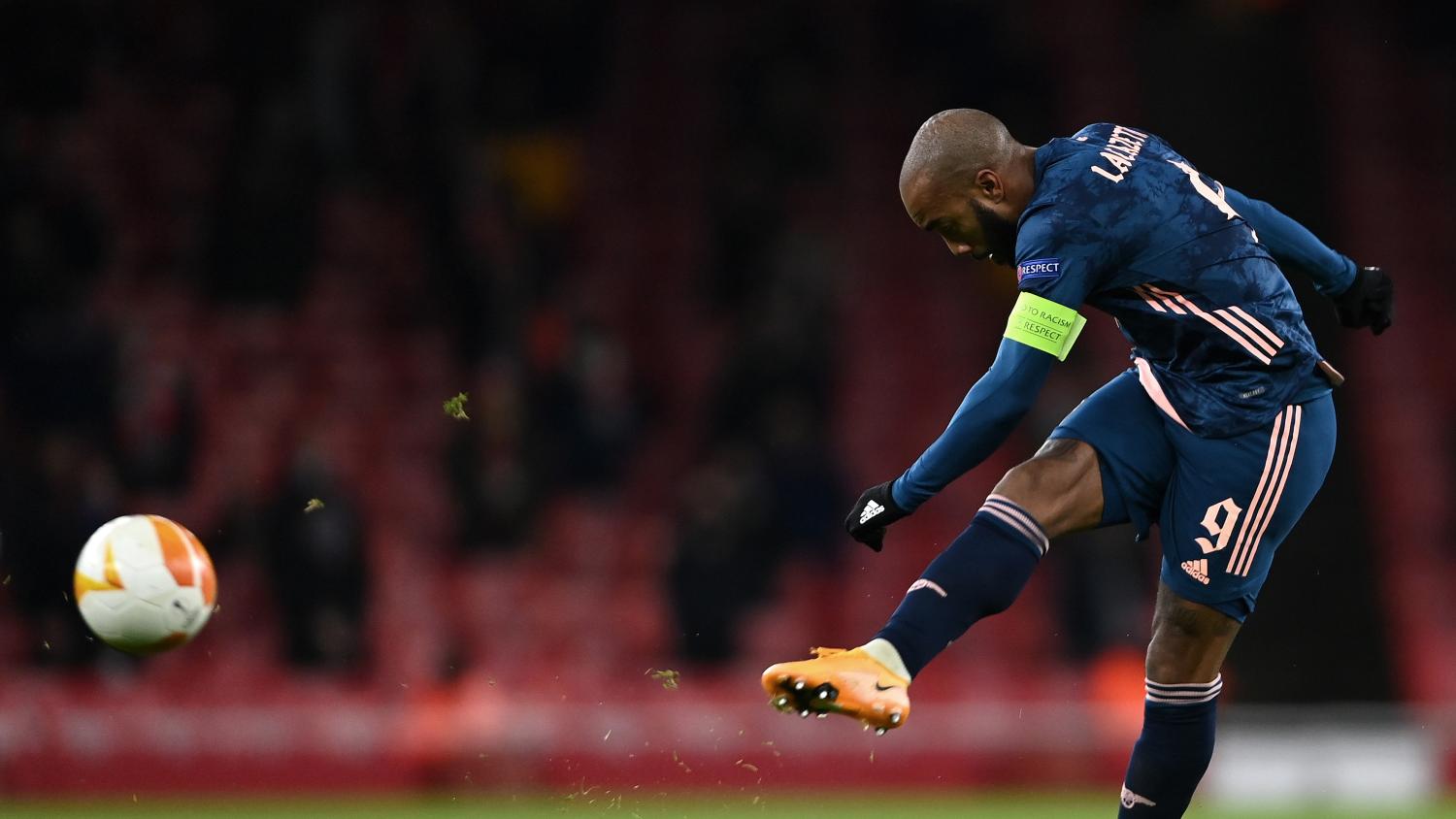 Lacazette opened the scoring against Rapid Vienna with a stunning strike in the 10th minute.
Getty Images

Arsenal cannot figure out how to score in the Premier League. With 10 goals in 10 matches, only the bottom three sides have scored less. Fortunately for the Gunners, things have been a bit different in the lower-quality Europa League, where they average three goals per outing. Thursday was no different, starting with a stunning Alexandre Lacazette goal vs Rapid Vienna.

Arsenal is cruising through Group B in the Europa League with four wins from four but didn’t take the foot off the gas with Rapid in town. The Gunners became the first Premier League club to allow fans back into the stadium on Thursday, with a small, socially distanced group in the stands to cheer Arsenal on.

The couple thousand fans were roused to their feet early on when Lacazette swerved a vicious 35-yard blast to open the scoring in the 10th minute.

What a strike! Lacazette has been UNSTOPPABLE pic.twitter.com/viV7oZwNuN

Lacazette struck the ball so sweetly it completely fooled keeper Richard Strebinger, who initially moved to his right before trying in vain to move back to the left as the shot zipped by him. It wasn’t unlike how I would fare trying to hit a Randy Johnson slider. The replay angle from behind the goal shows just how devastating the shot was.

Arsenal grabbed a second eight minutes later through returning defender Pablo Marí, who netted his first Gunners goal with a header off a corner kick.

Now if Mikel Arteta could just figure out how to get his team to score goals in the Premier League. More shots like the Lacazette goal vs Rapid Vienna would be a good start. No one saves efforts like that.