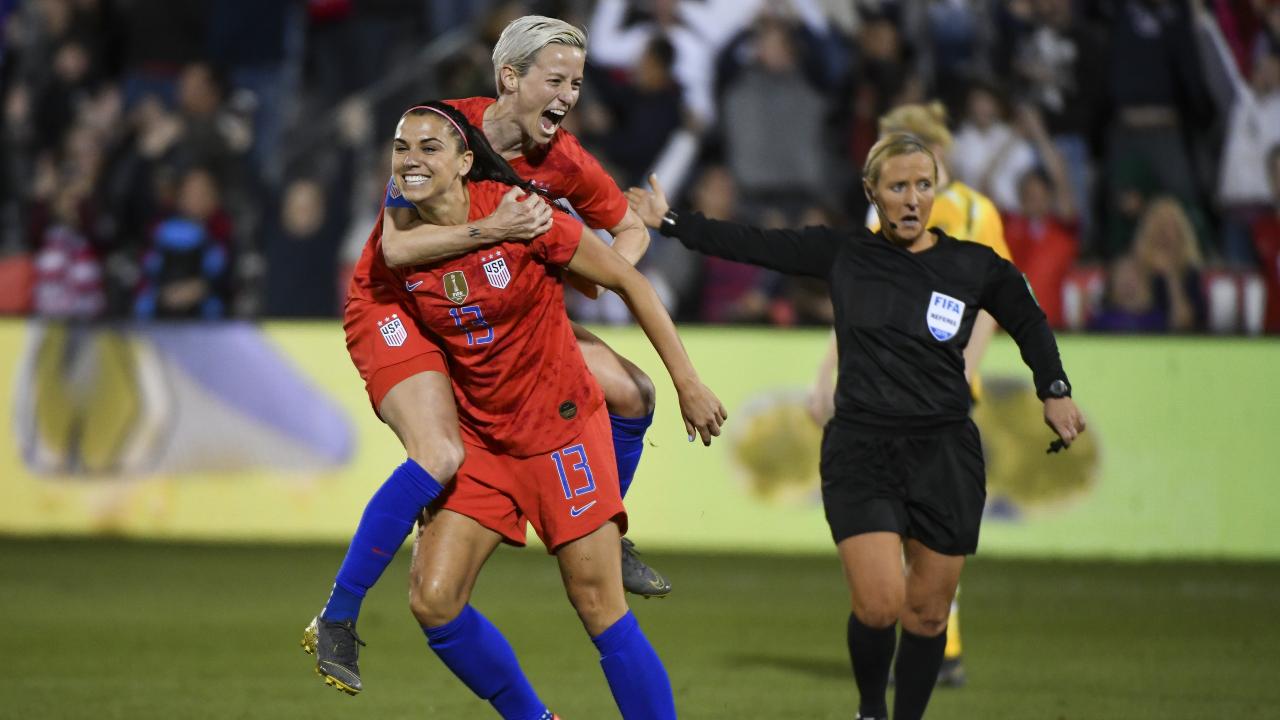 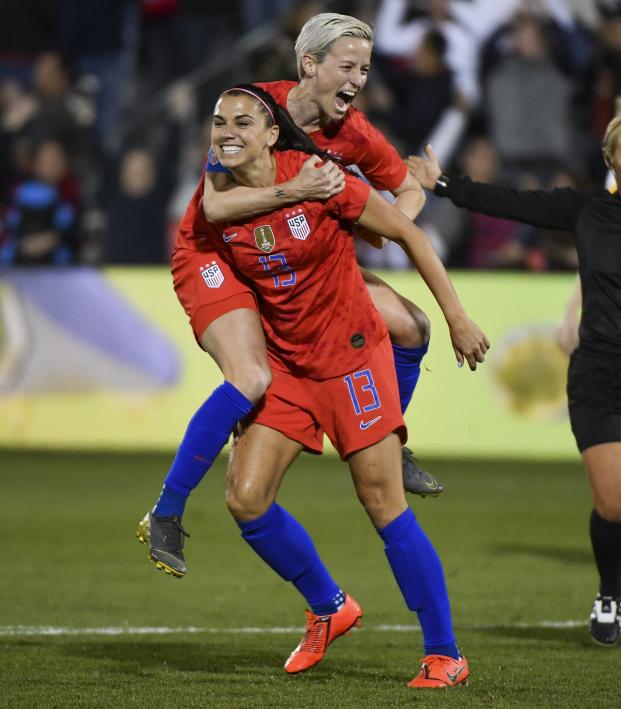 Alex Morgan has been a consistent impact player for the U.S. women’s national team. In her 2019 campaign, she has started and played in four games totaling 349 minutes for a total of 159 caps, ranking her 17th all-time in games played. She continues to add to her accolades after just being named the 2018 U.S. Soccer Player of the Year.

She finally reached her 100th goal at age 29 in an international friendly against Australia on Thursday in Commerce City, Colorado.

Joining legends like Abby Wambach, Mia Hamm, Marta and fellow teammate Carli Lloyd, Morgan earned her way to the 100 goal club. Morgan is now tied for sixth with Tiffany Milbrett on the United States’ all-time goal list and adds her name to being the seventh American to score 100 international goals. If you think that is impressive, just wait, there's more.

As Alex Morgan is climbing the ladder of success, she has contributed 22 career two-goal games and has scored against 28 different countries, putting her tied at third with 99er Michelle Akers for all-time multi-goal games with 26.

And just in case you weren't in awe by those stats, Morgan has also scored 27 goals over her last 32 appearances for the U.S. and there are plenty more games to go for Morgan to continue to increase her goals tally and only 84 more until she takes over No.1, beating out Abby Wambach.

Morgan’s contributions in the U.S. game against Australia gave the red, white and blue an early boost of energy, which quickly turned into a back-and-forth game between the Matilda’s and the U.S.

From goals being scored within minutes of each other for both sides, Morgan, Tobin Heath, Megan Rapinoe and Mallory Pugh (two) proved to be the difference giving the Americans a 5-3 dub and momentum going into their upcoming scrimmages before heading to France for the World Cup in 63 days.

The USWNT wins a wild one against Australia as Alex Morgan gets her 100th international goal pic.twitter.com/iOZeHAncv5

Alex Morgan is the 17th player to score 100 goals in women's international soccer. Only three active players currently have more: Lloyd, Marta and Chrstine Sinclair, the latter of whom is second all time behind Wambach with 179 goals, five back of the American.

we did the math and can confirm:

Only one men's player has crossed the 100-goal plateau, Iran's Ali Daei. Cristiano Ronaldo is the closest active player with 89. Pelé finished his career with 77 goals for Brazil while Lionel Messi has scored 65 times for Argentina.