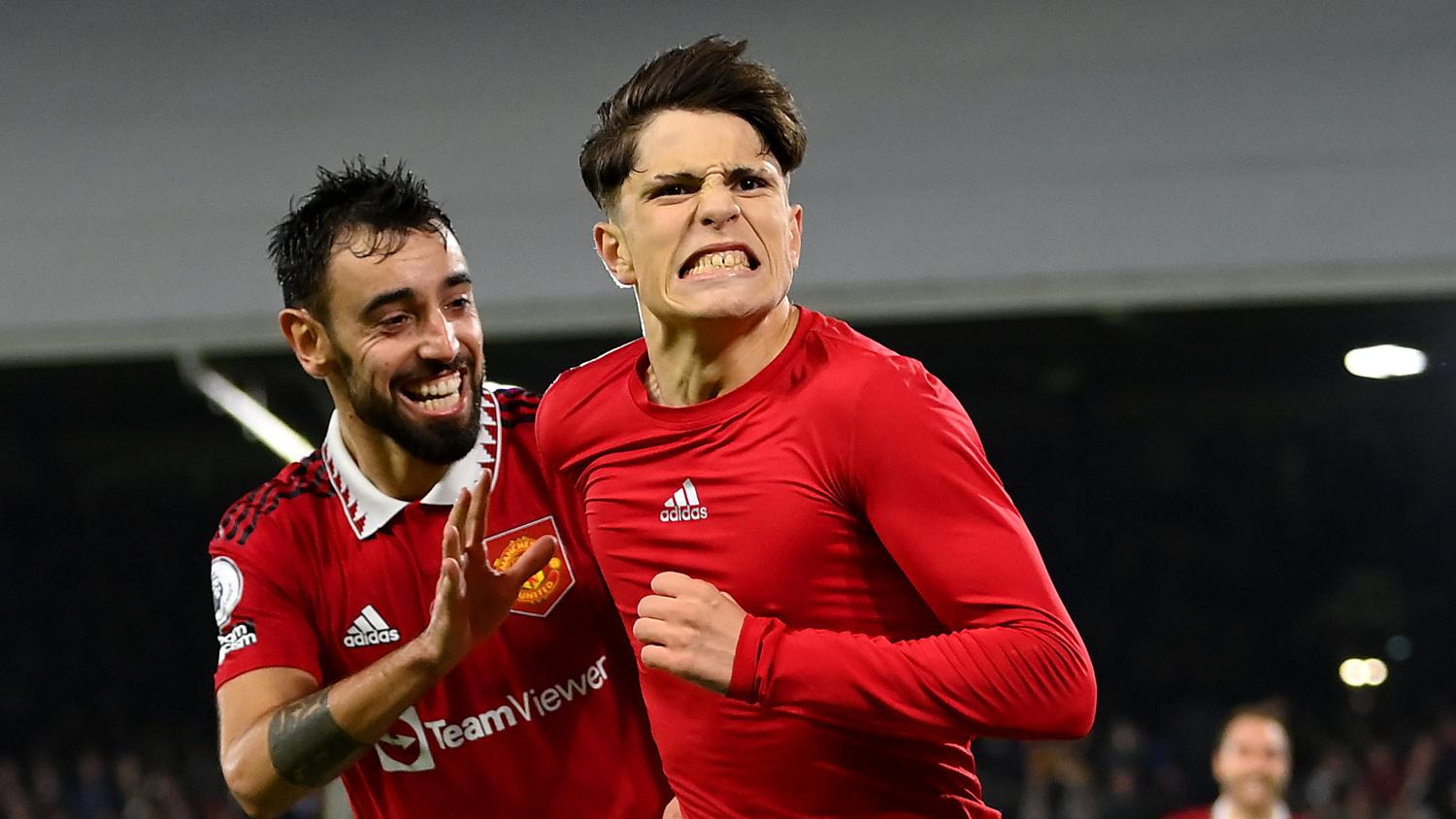 LONDON - Alejandro Garnacho came off the bench to score a stoppage-time winner for Manchester United as they beat Fulham 2-1 at Craven Cottage in their final Premier League game before the World Cup break on Sunday.

Christian Eriksen, who is set to play for Denmark at the World Cup, scored the opener in the 14th minute, sliding in at the far post to steer the ball home after Anthony Martial and Bruno Fernandes combined cleverly to create the chance.

Christian Eriksen gets his first goal for Manchester United and 150th career goal!

The goal was his first in the Premier League for United, and Eriksen had a great chance to double his side's lead in first-half stoppage time when he was picked out in the box by Fernandes, but this time he stabbed his shot wide of the near post.

Carlos Vinícius almost put Fulham level just after the break, twisting to fire a shot that goalkeeper David De Gea steered behind, and the Spaniard pulled off another tremendous save to keep out Tim Ream's headed effort from the subsequent corner.

The home side equalized in the 61st minute with a goal eerily similar to Manchester United's as winger Willian played Tom Cairney free down the right and he centered for ex-United winger Daniel James to score two minutes after he came off the bench.

Antonee Robinson starts it and Dan James levels the match at Craven Cottage!

Fulham's João Palhinha and United's Scott McTominay wasted decent chances for their respective sides with wayward headers, and the game looked to be heading for a draw until the 18-year-old Garnacho struck.

After coming on in the 72nd minute for Martial, he had some promising raids down the left before charging into the box in the third minute of stoppage time to fire his first Premier League goal and snatch all three points.

The result means Manchester United, whose next league game is at home to Nottingham Forest on Dec. 27, will celebrate Christmas in fifth place on 26 points, while Fulham, who travel to Crystal Palace on Dec. 26, are ninth on 19 points.

"About time!" Eriksen joked about his first Premier League goal since joining United. "I owed a few so I'm happy to be on the scoresheet in the last game before the World Cup. It's been a good week."

"He has a lot of talent and his work-rate, together with the talent, makes a big difference with us from the bench. It's not the first time he makes a big impact for us," he told Sky Sports.