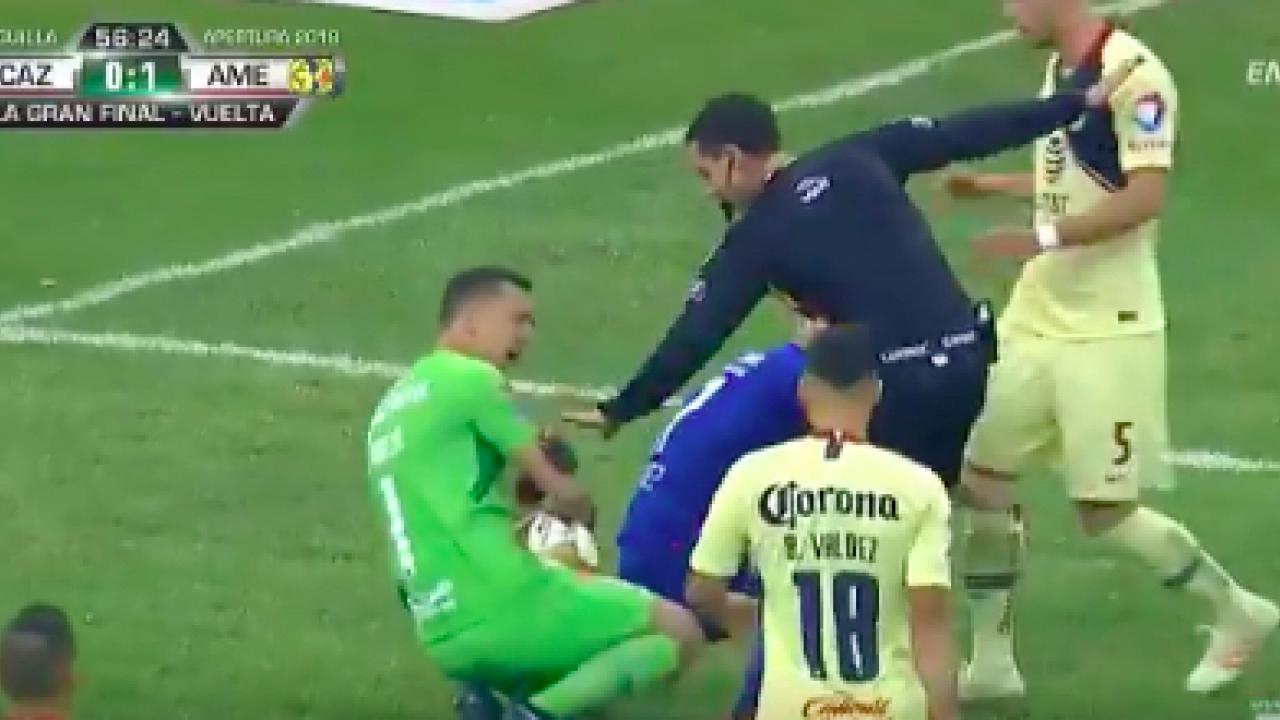 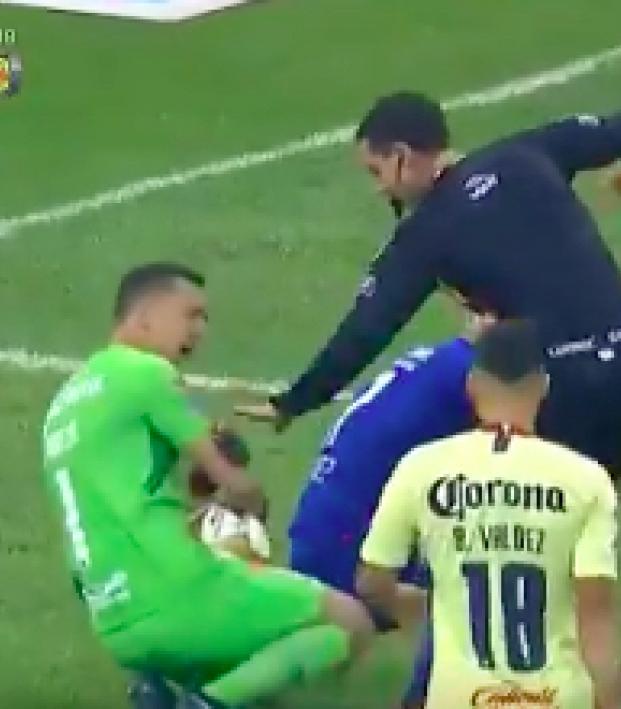 Connor Fleming December 16, 2018
There’s protecting the lead, and then there’s Marchesín pulling this off in the Liga MX final.

Nursing a 1-0 lead in the Liga MX final, Club América goalkeeper Agustín Marchesín knew what he had to do. After a sensational run by 20-year-old Cruz Azul midfielder Roberto Alvarado, the ball ended at the feet of Édgar Méndez.

Marchesín rushed out and took the ball off the feet of Méndez before he could get a shot off and potentially equalize in the 59th minute, and then the 30-year-old Argentine goalkeeper let Méndez have an earful. Referee Cesar Ramos rushed forward to separate the two, but in doing so, he gently touched the arm of Marchesín.

The 6-2 keeper looked at the ref, screamed, crumpled to the ground and spent a minute writhing in pain. The medical staff had to come out and treat him.

Apart from this shithousery, Marchesín was excellent in the first leg and he’s continued that play in the second.