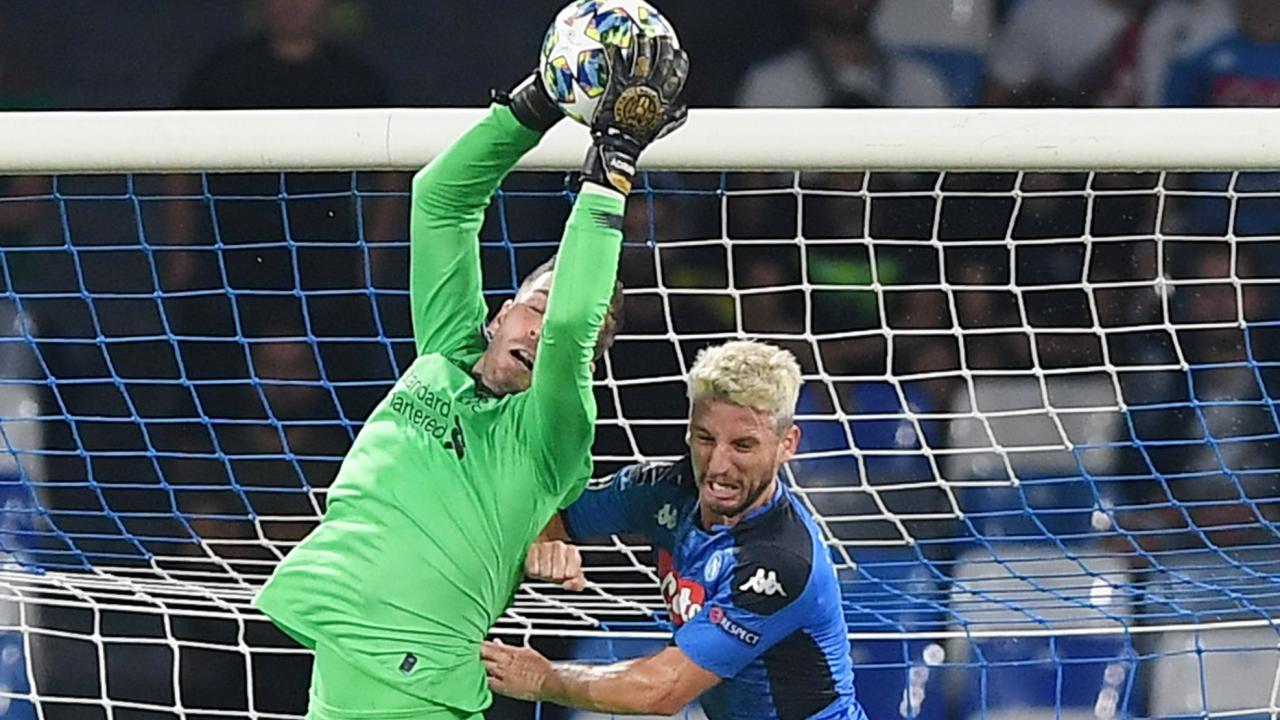 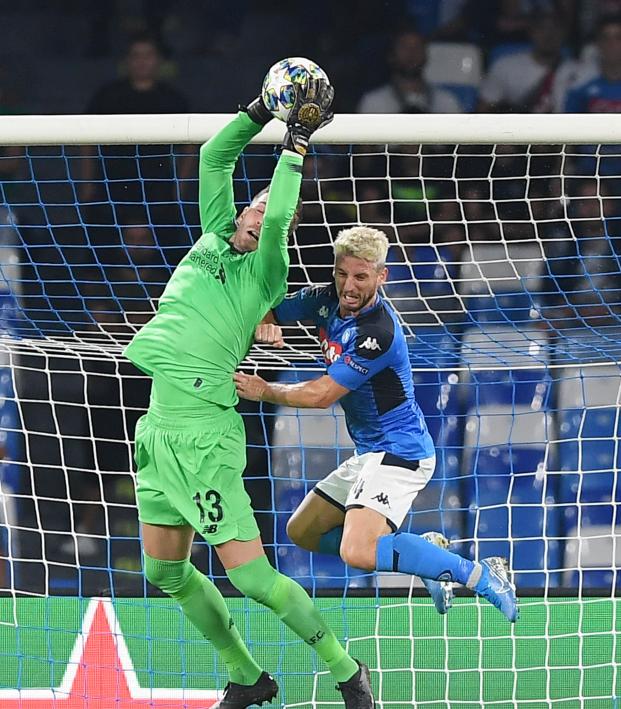 Adrián Records Save Of A Lifetime, But Liverpool Loses To Napoli On Controversial Penalty

Liverpool’s defense of its Champions League crown is off to a shaky start following a 2-0 defeat to Napoli at the Stadio San Paolo in Italy on Tuesday. Liverpool supporters will disagree with the game-changing penalty that Felix Brych awarded Napoli in the 82nd minute, but it certainly wasn’t a vintage performance from the Reds.

The scoreline could’ve favored Napoli earlier if not for some brilliant play from deputizing goalkeeper Adrián. As early as the seventh minute, a strong double-save from the Spaniard denied Napoli a dream start. Hirving “Chucky” Lozano ultimately put the ball in the back of the net following those saves, but his header was correctly ruled out for offside.

Adrián’s best was yet to come. This remarkable save on Dries Mertens is some sort of cheat code. I don’t understand it. It's like his body was triggered into a save animation with the preemptive vision of Nostradamus.

This save from Adrian to deny Dries Mertens pic.twitter.com/GgUrZ88son

Going the other way, Liverpool threatened primarily through Sadio Mané while the pace of Mohamed Salah menaced, but Napoli’s backline — particularly the central pairing of Kalidou Koulibaly and Kostas Manolas — stood tall throughout.

That set the stage for our moment of controversy in the 82nd minute. The man at fault was Andy Robertson, who stuck out an ill-advised leg on José Callejón in the box. Callejón needed no invitation, and before he even made contact with Robertson, the Spaniard threw himself to ground over Robertson’s quickly retracting appendage.

For me, not a penalty. There’s “contact,” but it’s initiated by Callejón, and it has all the hallmarks of being cheaply won. But it wasn’t a smart play by Robertson and there was “contact,” so the VAR can’t really overturn it.

Regardless, it’s certainly not a 100 percent penalty. Maybe Stu Holden just wants to get more opinionated. It’s only a matter of time before his every tweet ends with “?!” like Taylor Twellman.

Not it wasn’t you balloon

Mertens hit his penalty with enough power to overcome a hand from Adrián.

What’ll frustrate Liverpool fans even more is that the Reds had an even better shout for a penalty earlier in the match. There was much more contact from Koulibaly on Salah in the area — look at the photo below — but Salah stayed on his feet like a dum-dum. His honesty led to a blocked shot and nothing more.

In the second minute of second half stoppage time, Fernando Llorente iced it for Napoli. His UCL legend continues to grow.