Is Milan’s Great Start A Sign Of Things To Come Or Just A False Dawn? 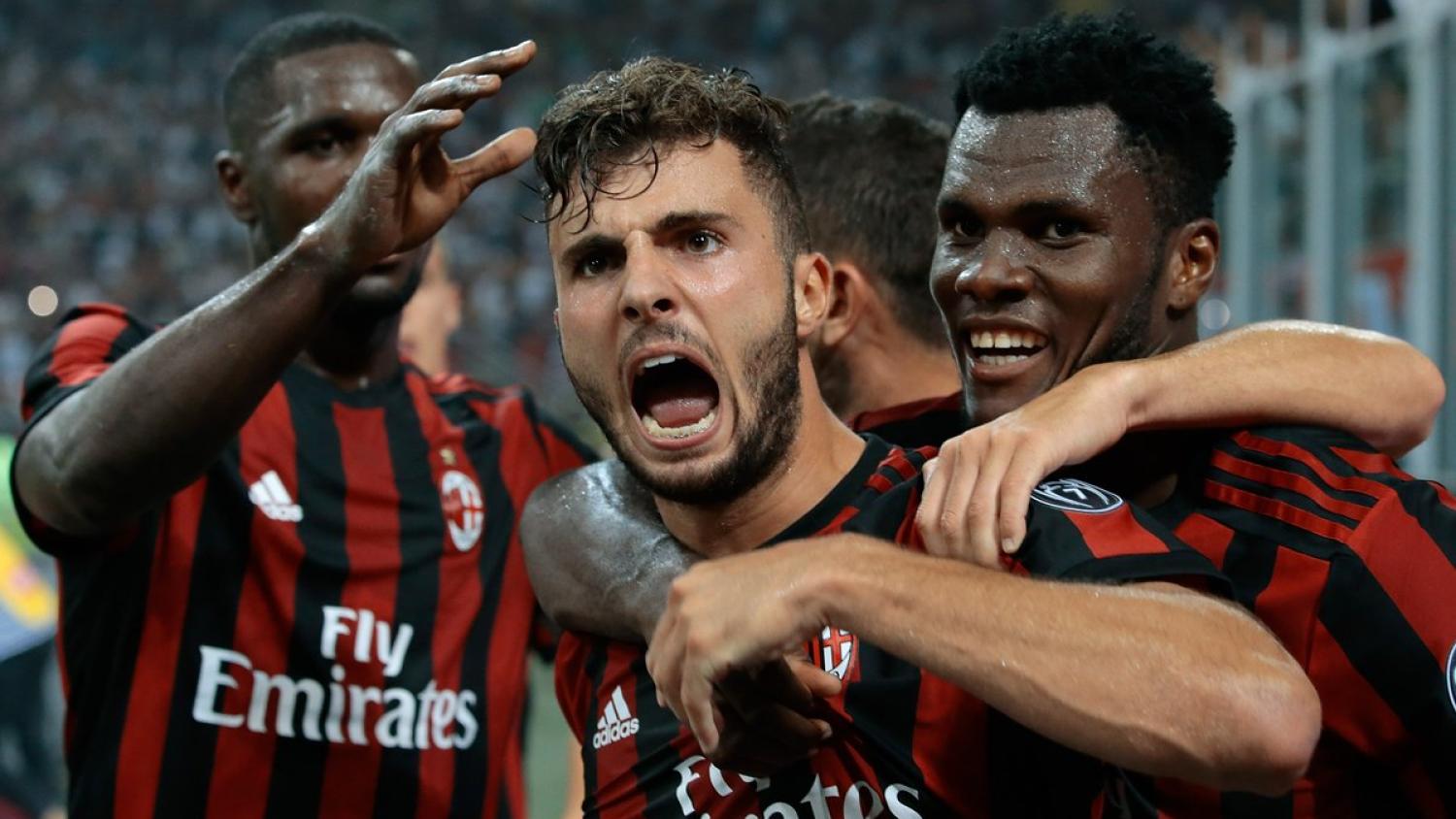 After a summer splurge and a good start to the season, have Milan done enough to arrest our attention?
@Squawka | Twitter

When do we begin to take Milan seriously?

Before we continue with this week’s column, it’s essential that we pause for a moment. On Sunday evening, Andrea Belotti did something. Something fantastic. The goal he scored — a first-time overhead volley — deserves a moment of reverence. That’s why the man has a $120 million release clause in his contract. Let’s take a pause here and appreciate the goal.

Andrea Belotti has your goal of the weekend covered pic.twitter.com/twoQ7RK6qj

And now back to our regularly scheduled programming.

Here’s the question: when should we begin to take Milan seriously? If you’ve been paying attention this summer, you’ll have noticed that the new owners of Milan have spent hundreds of millions of euros reassembling the squad.

Prize among these jewels was the acquisition of Leonardo Bonucci, but large sums have also been spent on Andre Silva, Nikola Kalinic, Franck Kessie and others. Often, spending in the transfer market demands the attention of the football-watching public. But spending does not always guarantee results. Most people assumed that Milan would need at least a season to gel together before they could be considered a force in Italian football.

But results have been excellent. So far this season, Milan are four for four from competitive games. Across both the Europa League and Serie A, they have won their games and won them well. Results have come through a variety of means. They’ve blown away European opposition and asserted themselves against domestic opponents. Even when the going has looked tough, the team has dug deep and done enough to win the game.

The coach can take a lot of credit for this. Many have long thought Vincenzo Montella to be a fine manager, but he has rarely had the chance to work with the higher end of the market. At Fiorentina, he was at the helm of the sudden splurge of spending which brought Mario Gomez and Giuseppe Rossi to Florence and turned this investment into consecutive fourth place finishes.

Were he to do the same this year, changes to the qualification rules would mean qualifying for the Champions League and hitting Milan’s self-set targets for the year. But at Fiorentina, he was hardly shopping at the top end of the market; his budget did seem to have limits. Not so any more.

But their ambitions could already be loftier than simple qualification. Such has been the seamless integration of the new signings into the squad that Milan are already looking like a team who have played together for years. This is why Montella is winning praise.

Players like Andrea Conti and Ricardo Rodriguez seem to have settled into the full-back roles with ruthless abandon. These are positions – defined by their reliance on carefully coached and integrated interactions with other players – which can take the longest to get right. Montella has his full-backs playing as though they’d been at the club for half a decade.

What’s more, it’s not just the expensive signings that have had the greatest impact. Right now, the player stealing all the headlines is not Silva, Kalinic or even Bonucci. It’s a youngster from the academy.

Patrick Cutrone played once last year and has made two appearances this year. He’s scored two goals in that time, becoming the biggest story in the Milanese renaissance. Straight from the academy, his movement in the box is positively Inzaghi-esque. Still a teenager, Cutrone is making himself impossible to drop right now, despite the money spent elsewhere.

Even the off-the-pitch organization has been handled magnificently. The reintegration of Gianluigi Donnarumma has been played perfectly; the sale of Mattia De Sciglio seems to have transformed from potential regret into a transfer masterstroke; the use of Riccardo Montolivo and Suso (holdovers from a previous era) has complimented the new team well; even signing Fabio Borini seems to be justifiable. It’s hard to find a single criticism to make of Milan’s summer so far.

But does this make them competitors?

Drawing conclusions after just four games is premature. Milan are not operating in a vacuum. They are not the only team playing well in Italy right now. Indeed, Inter, Juventus and Napoli also have similar records in Serie A. One need only look at this weekend’s results to see why it will be a bitter fight to the finish.

Napoli hosted Atalanta at the San Paolo and, as is tradition, went a goal behind. They rallied, however, and turned the game around. Similarly, Inter travelled to the Olimpico to take on Roma and they, too, went a goal down. Led by a Mauro Icardi performance for the ages, they beat back Roma to take all three points at Luciano Spaletti’s old stomping ground.

Most interesting of all, however, was Juventus. Playing against Genoa, they managed to let in two goals in the first ten minutes. The first was a Miralem Pjanic own goal and the second was a penalty, again awarded through the use of VAR. A Paulo Dybala hat trick later (as well as a goal from Juan Cuardrado) and Juventus finished 4-2 winners. The race to the Scudetto will not be uncontested.

Added to this, Milan have been lucky in the way their fixtures have fallen. Traditionally, Italian teams have been terrible at passing through the various qualification playoffs for European tournaments. Fortunately for Milan, they happened to be drawn against Macedonian team KF Shkendija, who were hardly the strongest opposition.

But they made the most of the fixture, dominating the first leg and running out six-nil winners. It made the second leg a ceremonial affair and allowed them to focus on the start of the league campaign.

It’s a similar story in the league. So far, Milan have hardly faced the strongest opposition. Crotone, last season’s great escapers, put up little challenge. Milan versus Cagliari was a more considerable challenge and Cagliari managed to make Milan think twice about how they would take all three points. But every side Milan have played so far is one that they should be beating.

In effect, these first four games are something of an extended preseason, giving the team additional time to forge together before facing tough opponents.

In effect, Milan have not faced a real test. That will come after the international break, when they are set to play Lazio. For the first time, they will not be clear favorites, especially away from home. The fall of the fixtures is hardly Milan’s fault – you can only beat the teams in front of you – but there is definitely a question of the quality of the opposition when analyzing the quality of the team.

So this brings us back to the initial question: should we begin to take Milan seriously? The answer is almost certainly yes. But that does not necessarily mean that we expect them to win the league. In each performance so far, Milan have showed considerable quality and improvement from game-to-game. It is now a matter of when – not if – this team will properly click together.

We should be taking Milan seriously as they only seem set to improve. But, as the games pass by, we may be able to get a better idea of where their ceiling lies. Right now, we know Milan are good. We need to see them against better opponents to discover how good they can become. Then we will know how seriously other teams should be taking Milan.