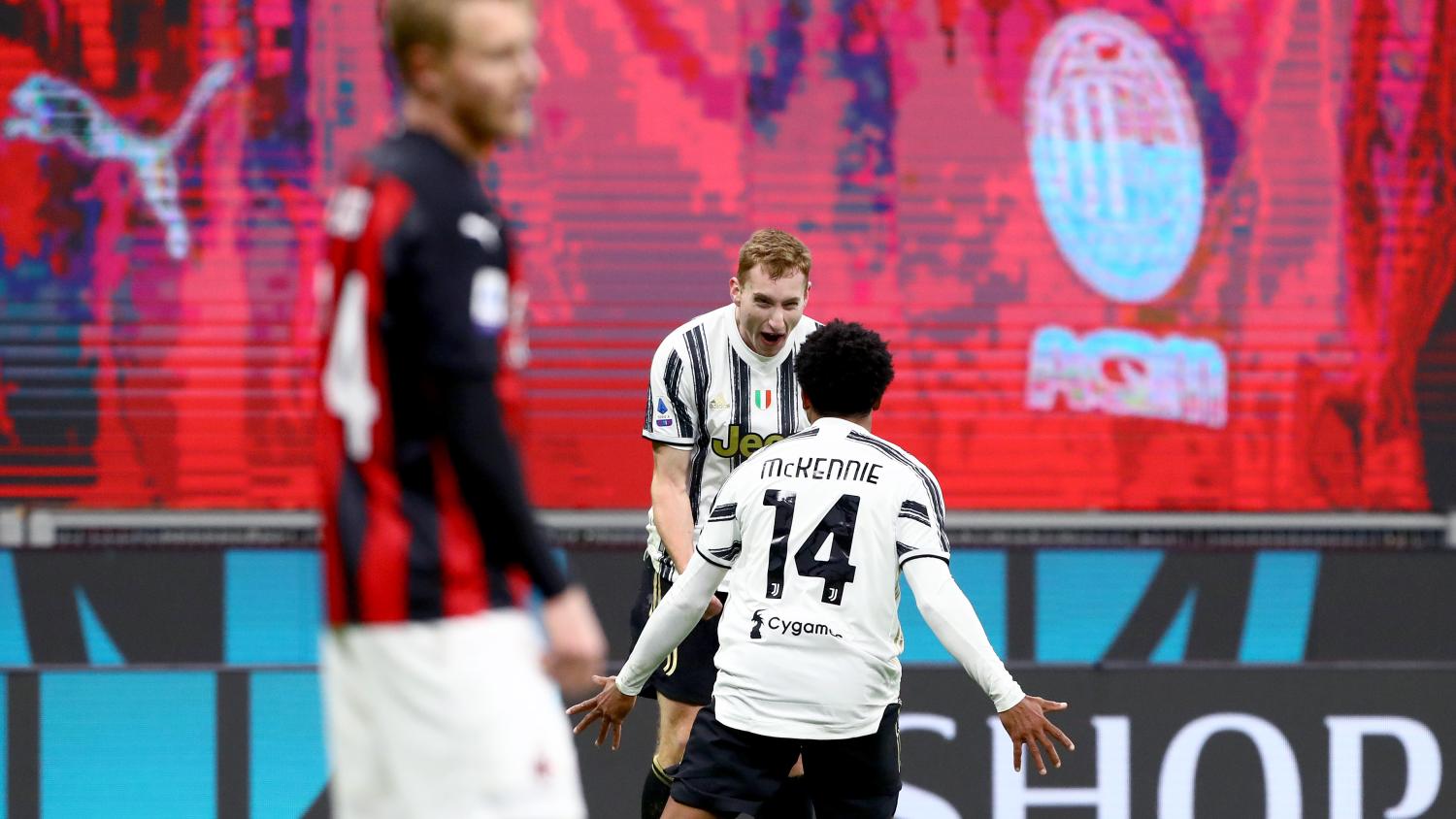 An American has scored at the Camp Nou and San Siro in the same season. Pinch me.
Getty Images

Weston McKennie helped Juventus hand AC Milan its first league loss of the season on Wednesday after scoring a key goal in a 3-1 victory.

Juventus traveled to Milan to play the league leaders at the famous San Siro. The defending champions struck first in the 18th minute courtesy of a filthy assist from Paulo Dybala to find Federico Chiesa.

This assist from Dybala was unreal pic.twitter.com/ksxkGlRGBf

Davide Calabria would find Milan’s equalizer minutes before halftime with a sumptuous strike.

Juventus regained the lead in the 62nd minute with Chiesa claiming a brace.

After Juve regained the lead, manager Andrea Pirlo decided that he wasn’t playing any more games and put on his secret American weapon, McKennie.

McKennie was substituted into the game at the 64-minute mark, and a perfectly floated ball from Cristiano Ronaldo nearly saw McKennie score after only being on the field for six minutes. Milan goalkeeper Gianluigi Donnarumma denied the American’s first bid at goal.

The Texas-native wouldn’t be denied and gave the defending league champions some much needed breathing space by sneaking in Juve’s third in the 76th minute.

McKennie doesn’t always score goals, but when he does he prefers to score in some of the cathedrals of soccer. The American now has three goals on the season with one being in the famous San Siro and the other being a spectacular scissor kick at the Camp Nou.

Juventus closes the gap on the league leader, sitting in fourth place and seven points behind Milan with a game in hand.