5 Storylines To Watch After The USWNT World Cup Roster Announcement 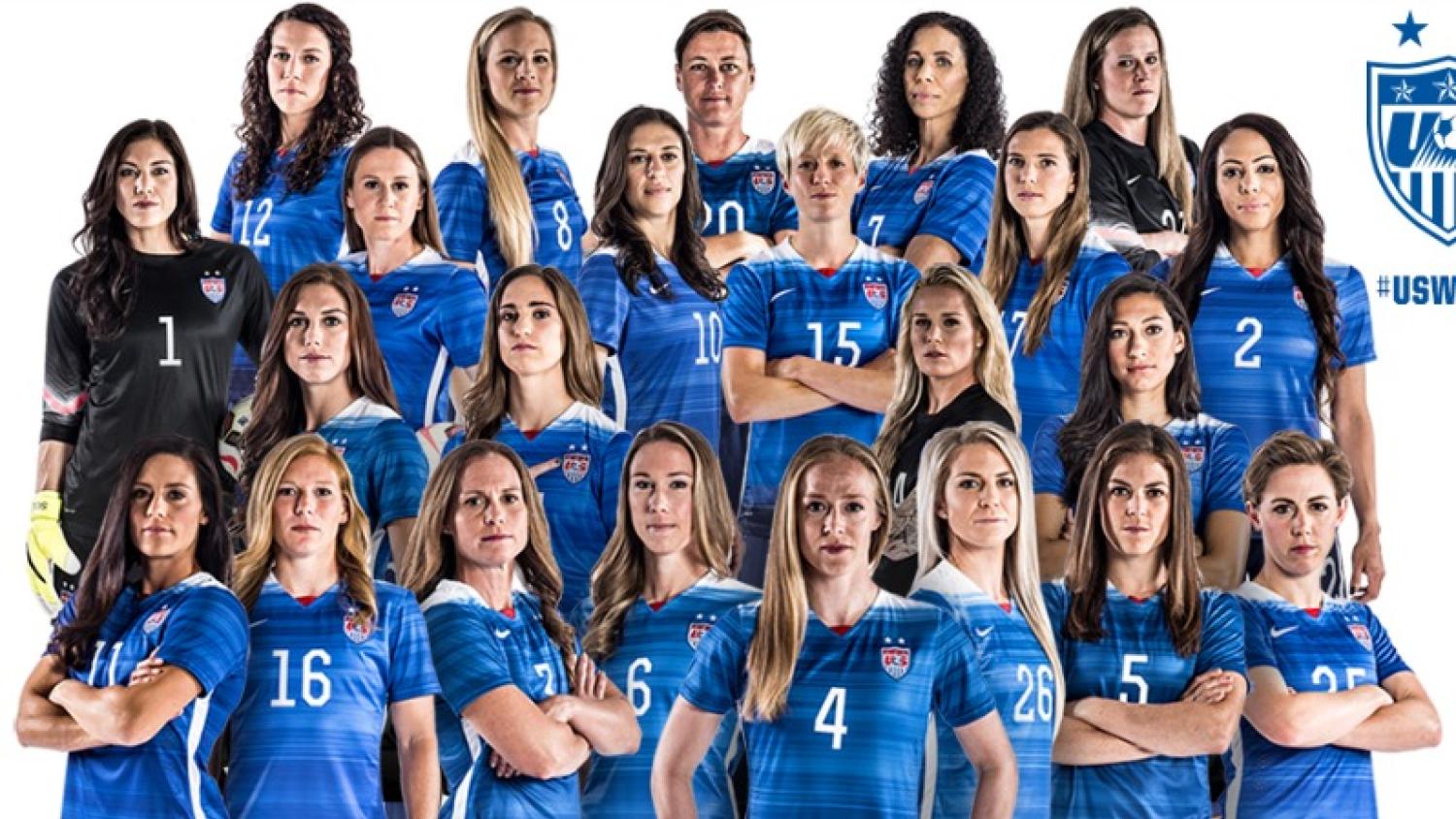 The World Cup in Canada is less than two months away, and the field is the tournament’s strongest ever.
Photo: ussoccer_wnt | Twitter

But these storylines are important as teams step onto the pitches, which still have stupid Blatter-brand turf on them:

1. The World Cup Field Is Its Strongest Ever

Here are the current odds for each top team to win the Cup:

I wouldn’t be surprised if any of those teams wins the whole thing. France is 12/1, and I j’adore absolument that French crew. This is the deepest the sport has ever been internationally - a great, great sign for those of us who love the women’s game, even if post-World Cup momentum for leagues and exposure is fickle. The U.S. are smack in the middle of that top tier of contenders, but they’re not as clear a favorite as they’ve been many times in the past.

2. The U.S. Hasn’t Exactly Stayed Healthy These Past Few Years

This team has struggled with injuries in this qualification cycle. Alex Morgan and Megan Rapinoe have missed time. Actually, almost every key player has been hurt at some point in the last 12 months. The bad luck this team has had with its health is astonishing. Plus, Ali Krieger just got stretchered off with a head injury in a league game four days ago.

The group stage won’t be kind to the Americans - it’s a tough draw in a tough tournament - but they still should advance easily. The issue is a health-related one, though. Can Jill Ellis’s best team stay on the pitch long enough to win the tournament? The USWNT is deep, which is a testament to the strength of the women’s program over more than a decade, but Morgan, Rapinoe, and Solo are irreplaceable pieces.

3. Go To The Games, Because The World Cup On Fox Will Not Be Enjoyable To Watch

This is unrelated to anything, but I watched the Champions League and the roster announcement on Fox today, and WOO-WEE that’s a brutal production to watch.

They were broadcasting outside the Astrodome in San Antonio, which is a stadium that nearly decapitated the U.S./Mexico men’s friendly by installing crap, temporary grass THREE DAYS before the match (crap grass is still better than turf, Blatter), and is a stadium that couldn’t permanently house any professional sports team, and is a stadium that was named after a doomed fortress. Fox is the television equivalent of that patchy field, except it’s not temporary. Fox gets all the soccer for like the next 10 years.

In case you were wondering, AirBnb works in Canada, and tickets are largely non-expensive in relation to the cost of having forks removed from your eyeballs.

Can Abby Wambach still save this team like she’s done so many times? The 34-year-old admitted recently that she won’t be able to play all 90 minutes of seven straight games, but in, say, the quarterfinal, when nothing is going right and the U.S. needs a bailout goal…will super-sub Wambach have enough in the tank to head in a late winner?

As long as her minutes are managed smartly, I think she’ll be fine. Wambach is the only player in the women’s game who’s built the way she is. She’s one of the most unique footballers in the world. She’ll get her goals, and I wouldn’t be surprised if they were big ones.

Lastly, I saw this tweet shortly after the roster announcement:

In terms of pre-World Cup squad-building, Jill Ellis and Jurgen Klinsmann could hardly be more opposite.

I’m guessing this references Klinsmann’s complete lack of sentimentality with older players, his insistence on recruiting Germany’s half-American B-team to get dual citizenship, and plenty of other things, all of which are just fine for Jurgen Klinsmann and the United States Men’s National Soccer Team.

I hate comparing the U.S. women to the men, but I’ll do it once and then I’ll be done for the entirety of the lead-in to Canada:

No, dummies, reaching the last 16 in the men’s tournament is not the same as losing in the final of the women’s. Inviting veterans who are and have been world-class in their sport is a luxury you earn when you actually achieve consistent success at the highest international level. I SAID GOOD DAY.