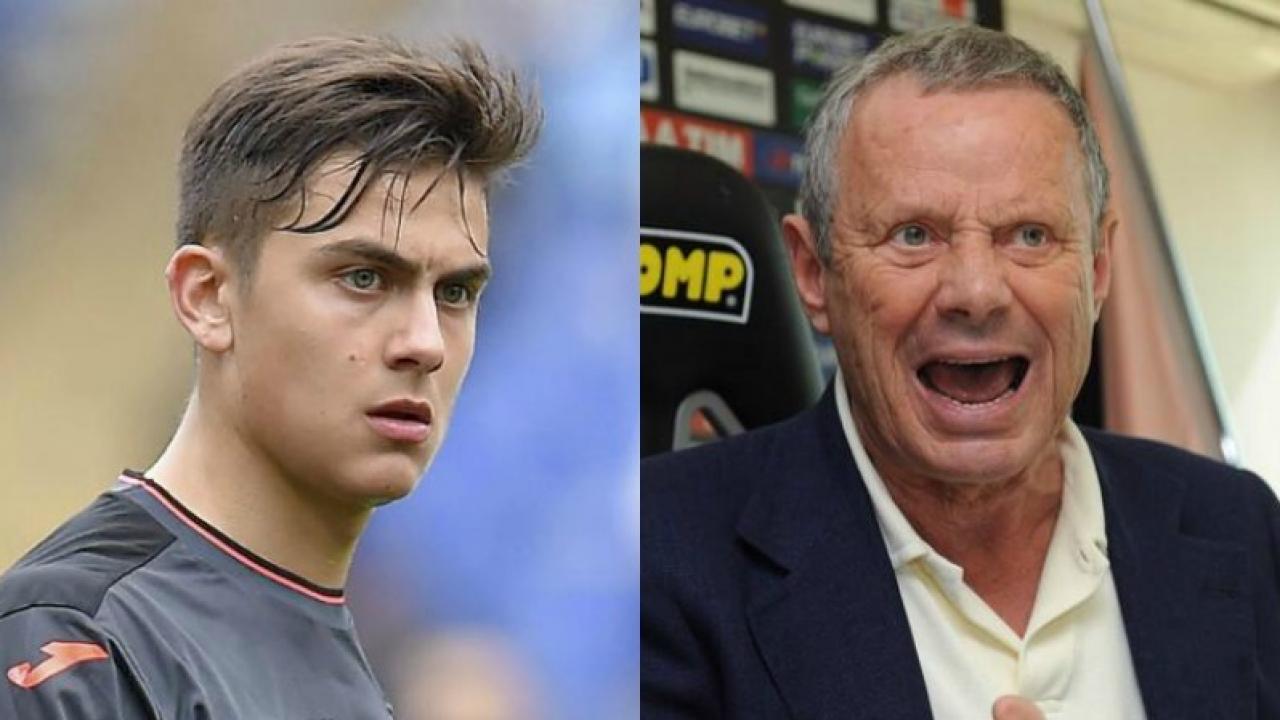 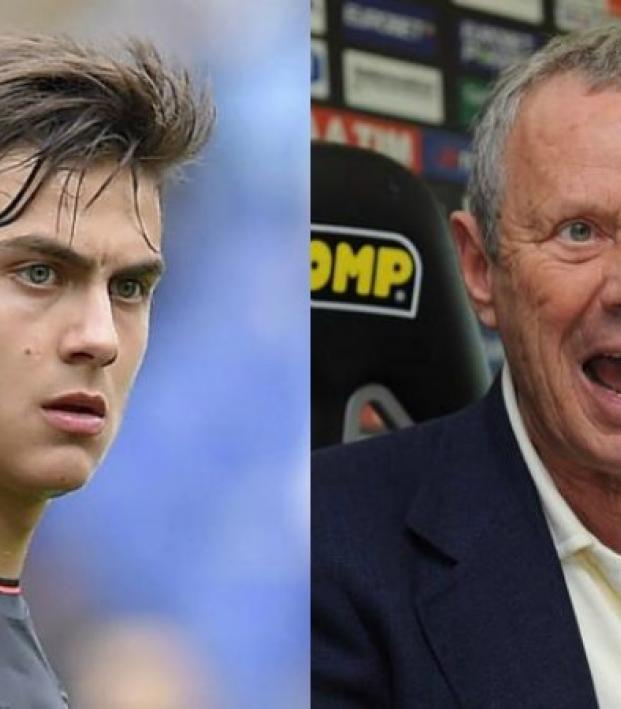 This 21-Year-Old Could Be The Next Messi. But First He Must Escape A Madman.

Ivan Anich March 4, 2015
Paulo Dybala is arguably the best striker in Serie A, Barcelona, Chelsea, PSG all want him and he’s only 21. The special thing about him, though, is that he made it at all.

On the surface, there doesn’t seem to be much that would make Paulo Dybala stand out besides his talent. Even that is not so special. Is he the next Messi? Maybe. Could he become world-class? Of course, but that hardly makes him unique.

No, what separates Dybala is how and where he has managed to make a name for himself; against all the odds, at U.S. Citta di Palermo. If Dybala is Harry Potter, then Palermo’s owner, Maurizio Zamparini, has turned his club into #4, Privet Drive.

Oftentimes successful businessmen are given the benefit of the doubt. If they make money, any other character flaw, or weakness, or disposition is forgotten. People just care about the bottom line. Have something a little “off” can actually be an advantage in business. Time and time again we hear about the entrepreneur or captain of industry that “refused to take no for an answer,” or “had a way with people,” or “played by his own rules.” Success makes these characteristics desirable, but in failure they are known simply as stubborn, manipulative, and oblivious. Maurizio Zamparini is all of these things. He just happens to be successful.

Well, in business at least.

When Zamparini bought Palermo in the summer of 2002, he planned to turn the Serie B side into a Champions League contender in a few years' time. He was successful at first. Palermo was promoted to Serie A in just three years, and even managed Champions League qualification in its first year back in the top flight. Unfortunately, his initial success would eventually be undone by his refusal to take no for an answer. Except, in his case, a “no” was a loss.

Zamparini has absolutely no patience for failure, and boasted an exceptionally quick trigger finger to boot. He goes through managers like a newborn through diapers. He fires them for humiliating 7-0 defeats, and for frustrating 2-0 set backs. As of today, almost 13 years after his purchase of the club, Zamparini has appointed 18 different managers a total of 25 times. That’s almost two appointments per season.

If nothing else, this radical turnover rate showcases Zamparini’s tendency to be irrational and to abuse his power. The man fires his managers for failures that would be accepted as growing pains at any other club. He stubbornly refuses to accept a natural part of the game of soccer, and in doing so has created an unstable environment in which any player in the world would struggle to perform. Yet, somehow, Paulo Dybala has managed to break out in the 2014/15 campaign, despite playing for 8 managers since he signed with the club in 2012.

Dybala has scored 12 goals and assisted 7 more in 24 appearances this year. That is an exceptional rate of production, and it must be said his style of play adds beauty to his utility.

This is the kind of talent that can take you places and make you allies, and it seems as if that is exactly what it is doing. Dybala’s agent, Mino Raiola, is one of the top 2 agents in the world, with only super-agent Jorge Mendes in the same league. With that kind of company advising him, it is only a matter of time before he leaves for greener pastures.

Zamparini is not stupid, he knows he must sell, but he sure isn’t happy about it. He has taken to undermining the integrity of those that are trying to improve Dybala’s career. Of Raiola, and everyone else attempting to lure Dybala away from Palermo, Zamparini said, “[these] are people who are climbing all over him, and he's attracted by rumors and false information. He's a great and intelligent lad, but he's being corrupted by bad influences.”

It’s tempting to believe him at first. After all, agents are notorious for chasing money at the expense of their players’ well beings. Then you remember that this is the same man who said, “I didn’t mean to offend Adrain Mutu when I called him a crafty, little gypsy,” told his players that he will “cut off their testicles and eat them in [his] salad,” and threatened to kill Sampdoria’s president. This is a man prone to exaggeration and manipulation, whose word isn’t to be taken at face value. 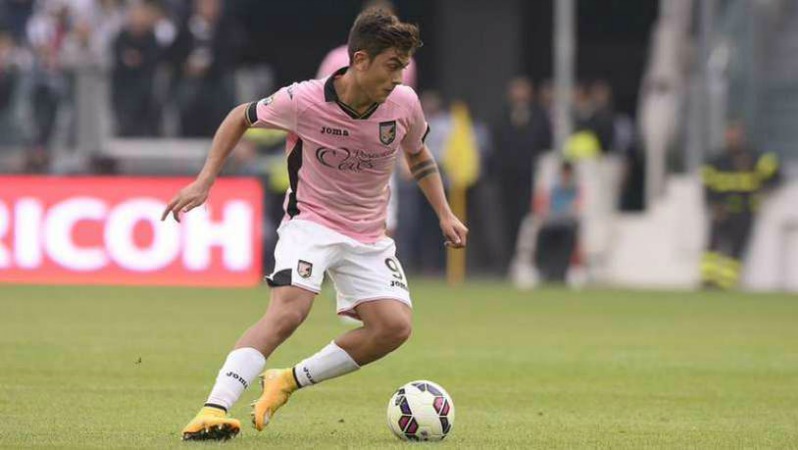 The good news is that Zamparini is reduced to these underhanded tactics because he knows he has no real power, no real say in whether or not Dybala stays or goes. Palermo simply doesn’t have the ability to keep anything close to a world-class player on its roster. It might have towards the beginning of Zamparini’s reign, while it was still in the Champions League, but not today.

Zamparini would never have agreed to sell Dybala while Palermo were still successful. A man that regularly sentences coaches to an early termination would have no qualms imprisoning a player that he feels will be, “better than Cristiano Ronaldo, [Lionel] Messi and [Zlatan] Ibrahimovic,” and is already “the best striker in Serie A.”

In that sense Dybala is lucky to have broken out as a desirable talent now, as opposed to during Palermo’s peak in 2006. He is not shackled to a sinking ship. He can simply leave a bad situation, instead of joining at the club’s peak and having his prime be wasted on a club in decline.

As fortunate as the timing of Dybala’s breakout year has been, the most impressive things is that it ever happened at all. Again, he has played under 8 different managers, on a team that is currently 11th in Serie A and one season removed from being relegated. That combination of sub-par quality and inconsistent leadership is incredibly hard to perform under, but somehow Dybala managed to excel. 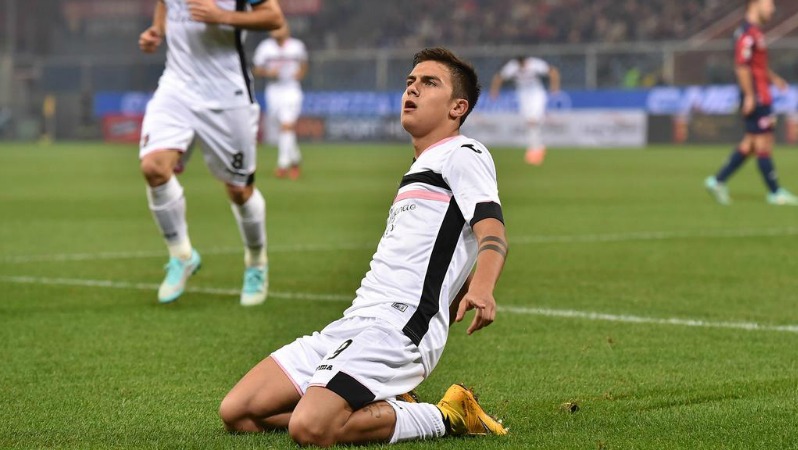 Usually when a bad team has a quality player, the manager focuses the offense around that quality player. This often leads to gaudy numbers as that player carries the offensive load, and if the player had been a relative unknown, all of the sudden they are having a breakout year. This is how Gareth Bale broke out at Tottenham Hotspur under Andre Villas Boas, the same goes for Robin van Persie in his last season at Arsenal under Arsene Wenger. But a consistent managerial presence is needed to implement such a system.

AVB had an entire season to work with Bale, while Wenger had 8 years with van Persie. Dybala has had his breakout season playing under a manager that he he knows could be fired at the drop of a hat by a impatient and manipulative madman. That he has pulled it off shows an incredible strength of character, and a rock-solid work ethic. So many players would simply have tuned out their manager after seeing seven others come and go in three years. Dybala did not.

That is the real miracle of Paulo Dybala. Not his immense talent, or that the biggest clubs in the world are chasing his signature, but that he overcame the disaster created by Zamparini. It’s the kind of thing that sets him apart like few others could. All the best players in the world — Ronaldo, Messi — they all have the same incredible work ethic. Talent sets a player’s ceiling, but every single one must work hard in order to reach it. That is why, ironically, Zamparini’s most outlandish statement might turn out to be his most prophetic: Dybala could indeed be the next Messi. His talent and temperament make that a possibility. He just needs to get to Hogwarts before he can prove it.