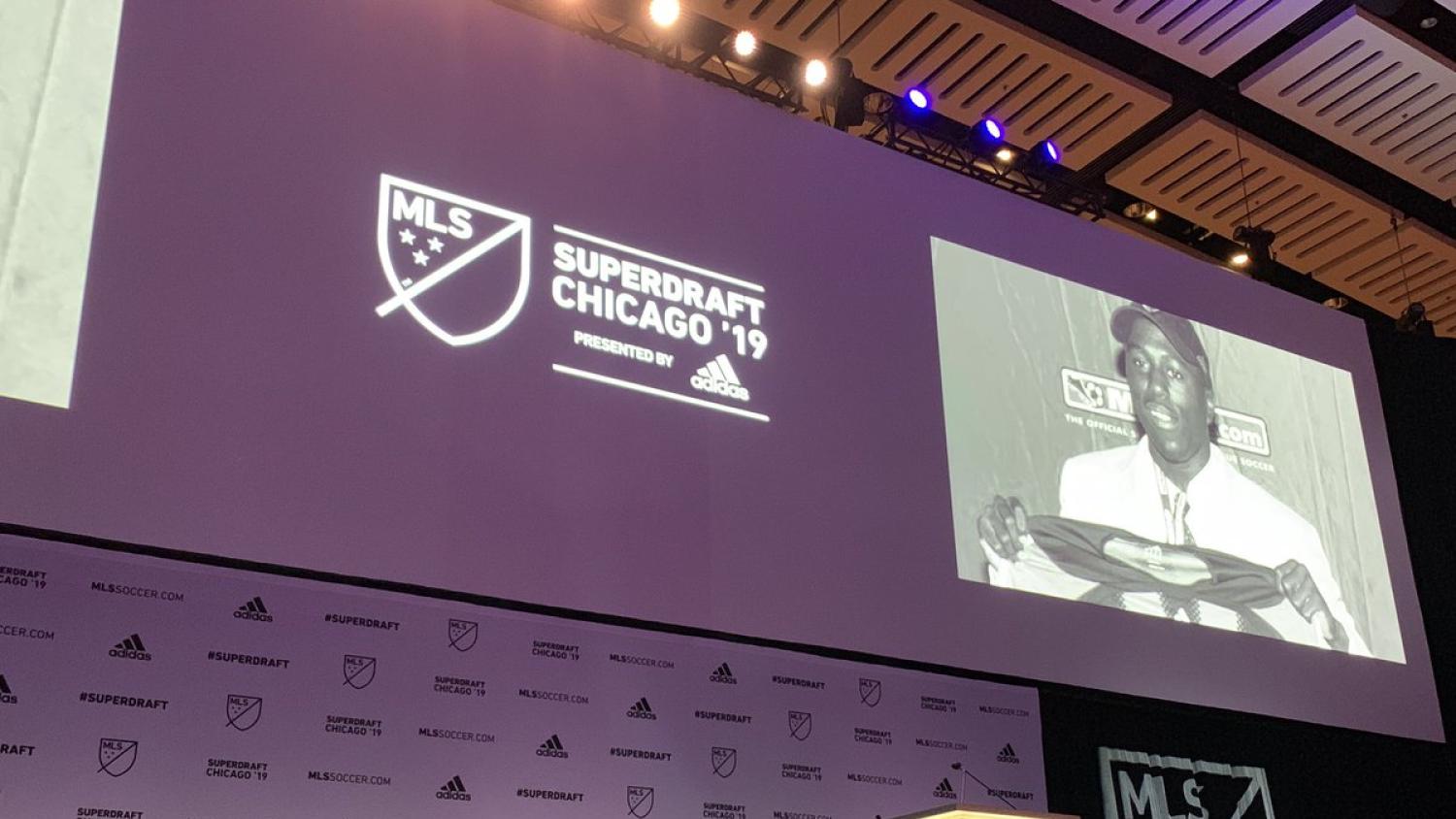 Expansion club FC Cincinnati took UCLA attacking midfielder Frankie Amaya with the first pick, but only after taking a timeout to think it over.
@thesoccerdon | Twitter

With the first pick of the 2019 MLS Draft, FC Cincinnati takes … a timeout.

As if you needed any more proof of the superfluous nature of the MLS SuperDraft these days, expansion club FC Cincinnati needed to take a timeout before making the first pick of the 2019 draft on Friday in Chicago — not to mention the quirk of even being able to call a timeout.

After the delay, Cincinnati chose the youngest player in the draft, UCLA’s Frankie Amaya with the No. 1 pick. A diminutive attacking midfielder at 5-4, Amaya had two goals and two assists in his freshman season with the Bruins in 2018, the same year he made his debut with the USMNT youth set-up (U-20s).

The timeout, it turns out, was called by the Cincy brass to discuss a possible trade for the top pick with LAFC. However, Cincinnati kept the pick to make Amaya the club’s first-ever selection.

The rest of the 2019 MLS Draft failed to really excite, as expected.

As Philadelphia highlighted earlier in the week by trading all of its picks away to Cincinnati (and receiving little in return), most MLS teams these days are not interested in building through the draft. Instead, academies/homegrown players and young South Americans have been the path to success, as Atlanta United so perfectly showed during the 2018 season.

That a timeout was used before the first pick showed even FC Cincinnati, with fewer MLS-caliber players than any other club, understood the SuperDraft is not a super way to build your team.

That’s not to say there weren’t players taken that could make a difference for their clubs, or that teams don’t still find value in the whole exercise.

The Colorado Rapids, who desperately need talent after a miserable 2018, shipped $100,000 in General Allocation Money and the No. 15 pick to Chicago for the No. 5 pick to take local lad Andre Shinyashiki, a forward from Denver University. (Chicago then sold the No. 15 pick to Minnesota United for $50,000 in GAM.) Colorado had a good day, also adding Benny Feilhaber as a free agent.

Sticking with Colorado schools, Air Force’s Tucker Bone probably won the award for best dressed at the 2019 MLS Draft, though Amaya looked pretty sharp as well. You can’t go wrong with this look, so much so that we won’t even make a childish comment about his name.

The moment it became official

Born in Tacoma, Tucker Bone is now a Sounder! #SuperDraft by @adidassoccer pic.twitter.com/4GqON5rgDz

But pinning your hopes on players who have been playing three-month seasons and are as old as 22 is a futile exercise. Nonetheless the MLS SuperDraft remains, one of the few remaining aspects of American sports culture the league can’t seem to shake.

MLS Commissioner Don Garber is sensitive about criticism of #MLSSuperDraft , saying he is a big believer of process. "There always will be a role for players not developed in our academies. That is what today is all about."

The best moment of the day came before the actual draft.

In remarks just before Cincinnati took its timeout, Don Garber announced that henceforth the MLS Coach of the Year Award will be named after Sigi Schmid, the legendary coach who died in December at the age of 65. Schmid won more games in MLS than any other coach in the league’s history.

Honoring a legend of the game.

Moving forward, we’ll be presenting the Sigi Schmid MLS Coach of the Year award as part of our year-end honors. pic.twitter.com/Y5moEZBJEO

.@thesoccerdon makes his remarks and shares a special announcement about the Coach of the Year award. https://t.co/5xU8E9d2da

It was a great gesture from MLS, which named the MVP award after Landon Donovan a few years ago.

Here are the players selected at today’s #SuperDraft.