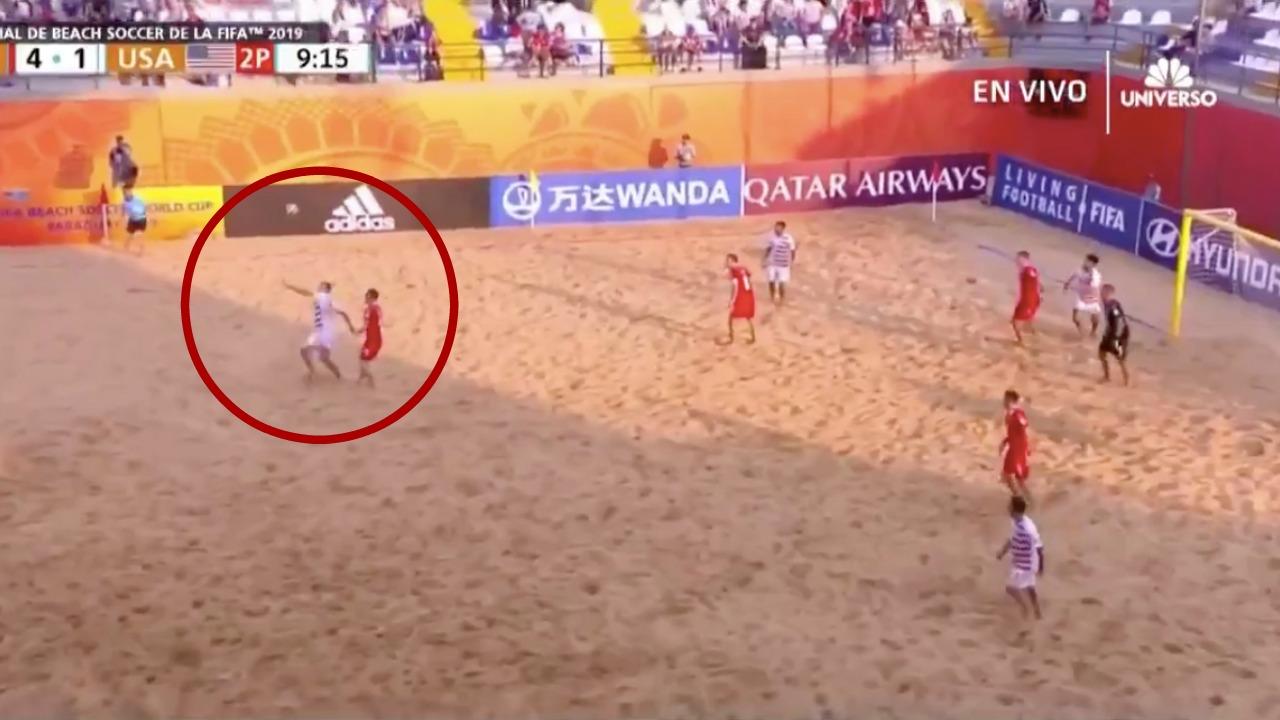 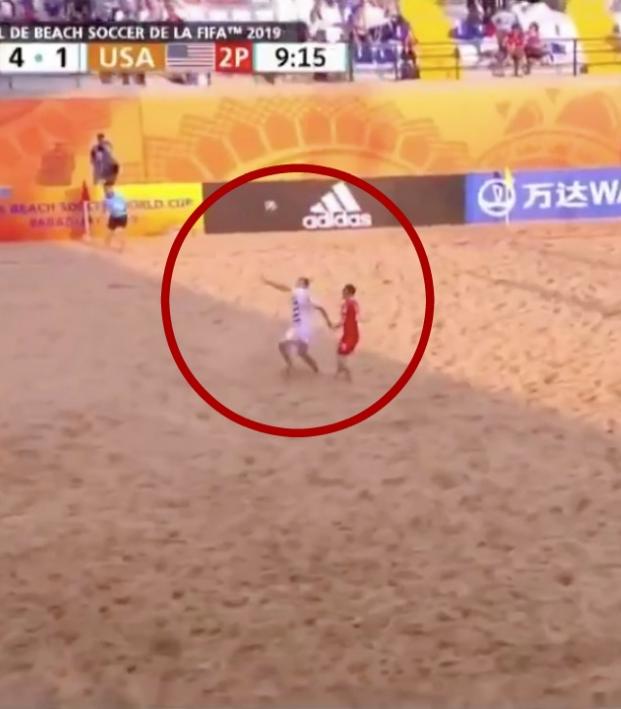 Yeah We Lost, But We Scored A Mighty Fine Bicycle At The Beach Soccer World Cup

The 2019 FIFA Beach Soccer World Cup kicked off today in Luque, Paraguay, and we’re going to be all about it over the next 10 days.

There’s nothing like it — the way you can make a little tee for your free kick before smashing it off a sand dune to leave the keeper wrong-footed; the sight of a goalie slowly juggling it up the beach with one knee while looking the supreme image of concentrated paranoia and anxiety; the civil engineering majors giving it hell; the sound of “What’s Luv?” by Fat Joe and Ashanti blaring out the speakers.

I f’n love beach soccer, and today’s two early matches only cemented that feeling into the cockles of my heart.

First up was a meeting between Italy — the land of Paolo Maldini, Roberto Baggio, Alessandro Del Piero, G̶i̶a̶n̶ ̶P̶i̶e̶r̶o̶ ̶V̶e̶n̶t̶u̶r̶a̶ — coming in as total underdogs against Tahiti. While the Tahiti national football team enjoys a FIFA ranking of 157, its beach soccer counterparts are back-to-back runners-up at the World Cup.

The country with famous black sand beaches came so close in both 2015 and 2017 but ultimately lost to Portugal and Brazil, respectively. But you don’t mess with Tahiti on the sand . . . a point emphasized by the fact that they do a pre-match haka.

But Italy’s pretty good too. In 2017 the Azzurri finished fourth, thanks in large part to a Beach Soccer World Cup record 17 goals from Gabriele Gori. For a bit of perspective, the second leading scorer at that tournament had nine.

That set the stage for Thursday's second match between the USMNT and Switzerland. This is America’s first World Cup appearance since 2013 (when they went out at the group stage), while Switzerland made it to the quarterfinals last time.

The U.S. kept it close but whenever the Yanks managed to pull within one towards the end of the game, the Swiss quickly responded with a banger. Two of those came courtesy of 34-year-old unit Dejan Stanković. He's a mountain of a man with a first touch like a babbling brook.

However, we did score one incredible overhead kick of our own courtesy of captain Nick Perera (who also suffered a very Chris Wondolowski-esque miss in the game’s latter stages).

The matches are on Universo and Fox Sports, so please start paying attention so I have someone to talk to.