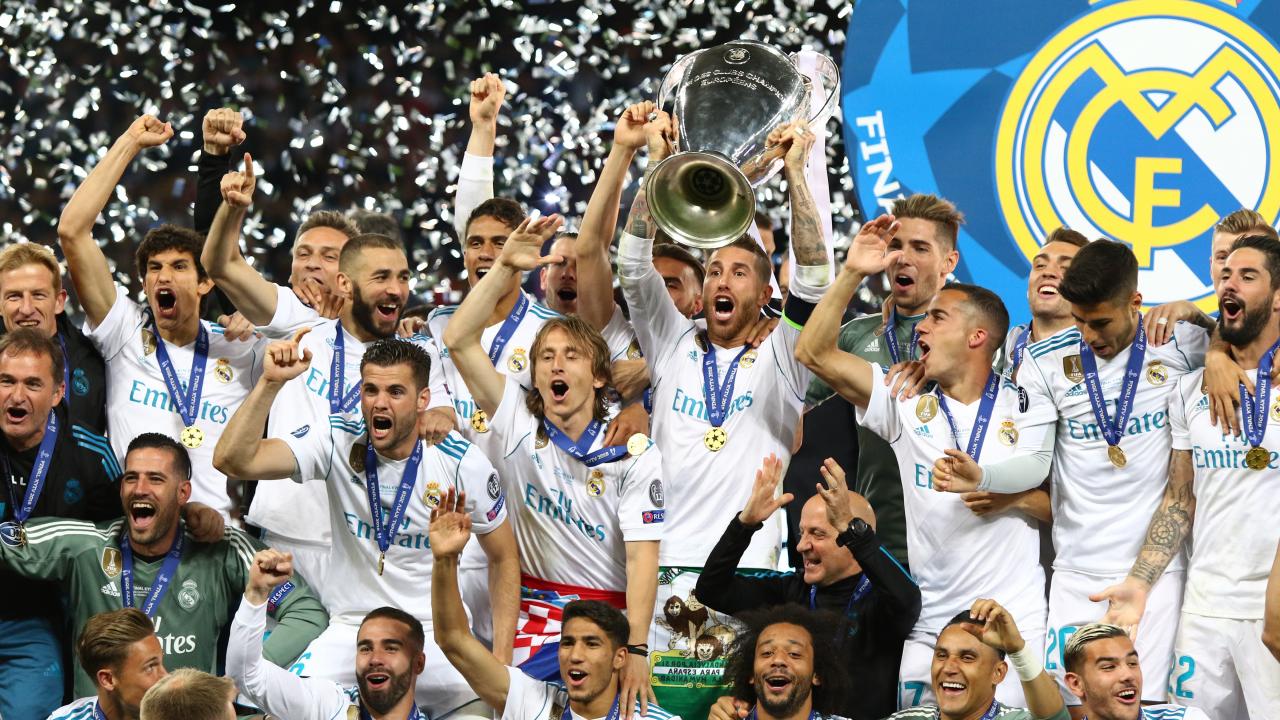 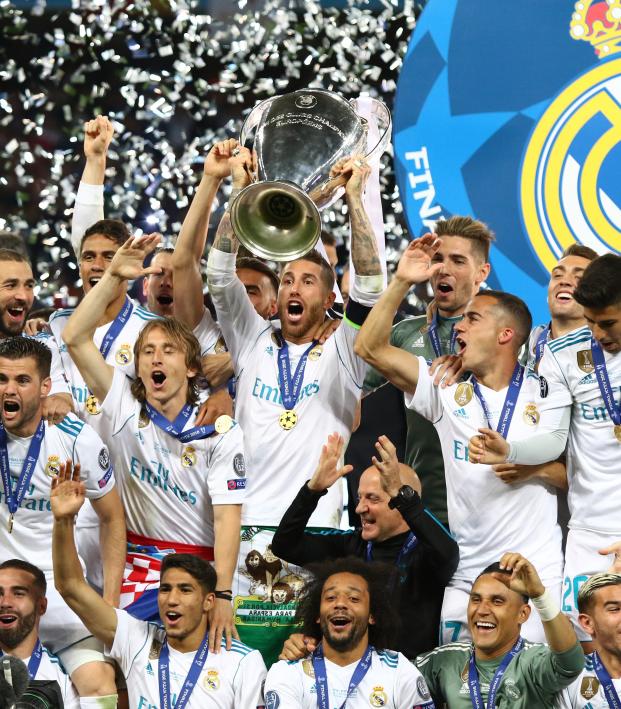 Travis Yoesting October 25, 2018
For once, the team that won the tournament also won the most money.

UEFA released the 2017-18 Champions League revenue (and Europa League, if anyone cares) on Thursday. For the first time during Real Madrid’s impressive back-to-back-to-back UCL championships, the club also won the most prize money.

Last year, Juventus was the top earner in the Champions League while the season before it was Manchester City. The Old Lady actually took home more money last year than Real this year, raking in $130.4 million because there were fewer Serie A clubs to split TV money with as Juventus reached the 2017 final.

Every club was guaranteed $14.44 million for reaching the Champions League group stage with additional bonuses of $1.71 million per win and $568,000 per draw. UEFA also gave out money for reaching each progressive round of the tournament:

More money was given out based on TV market values, divided by the clubs from each country.

In the end, the Champions League revenue looked as follows for the top clubs. 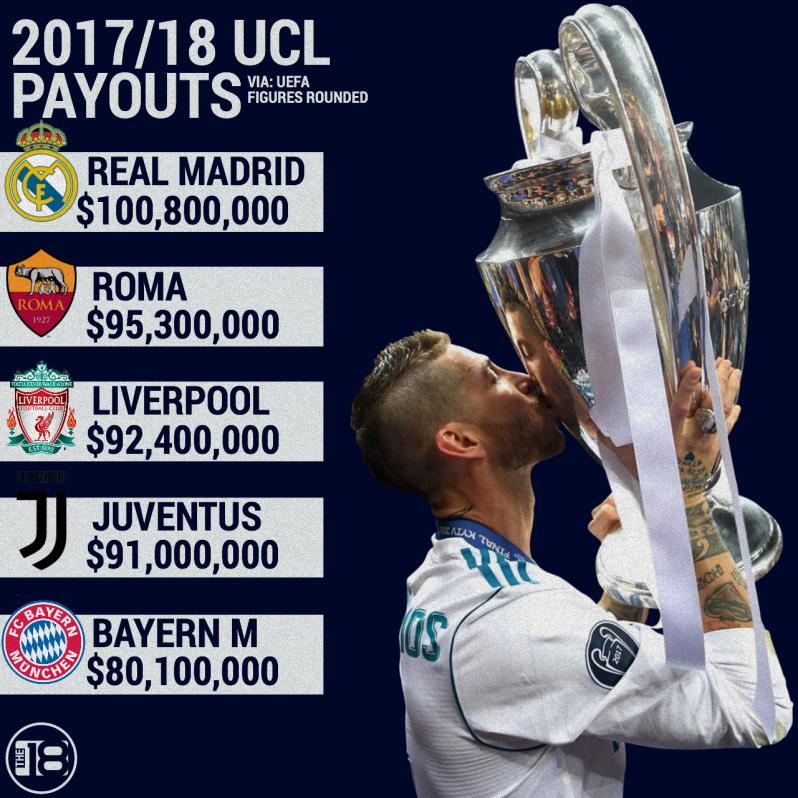 These five clubs round out the top 10:

Manchester United was England’s lowest earner, bringing home $45,871,553 after winning Group A before falling to Sevilla in the Round of 16.