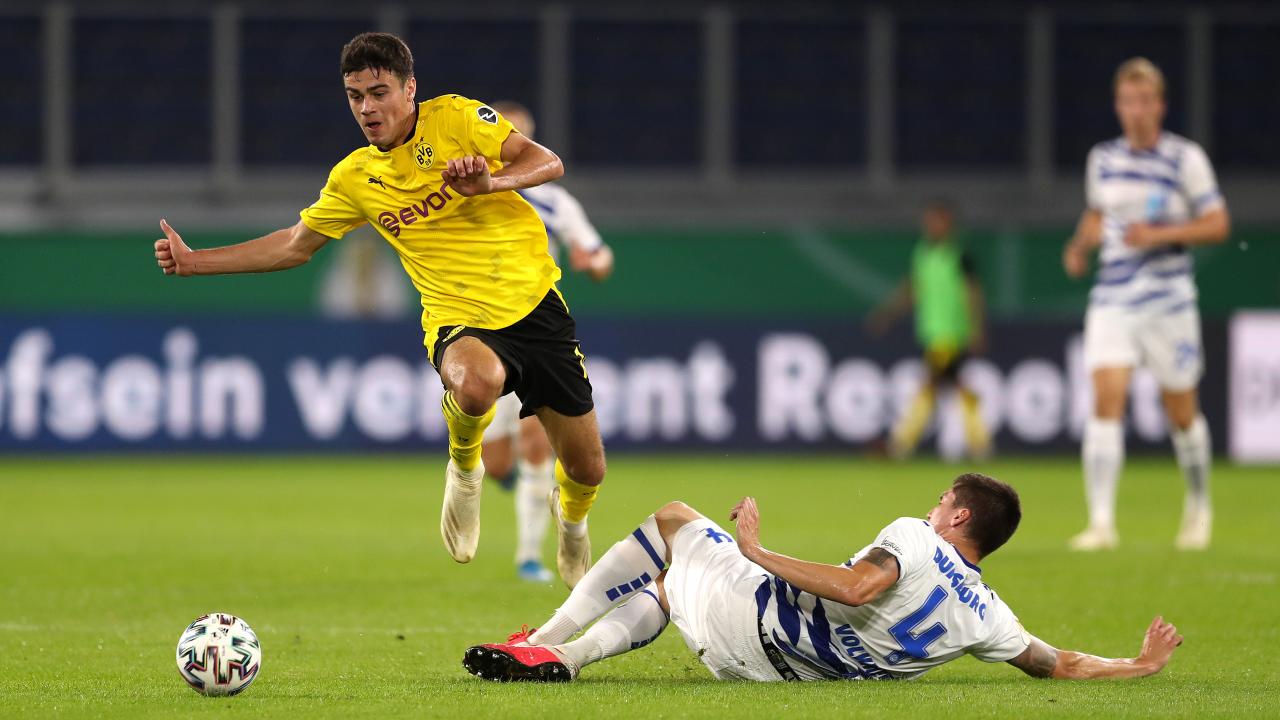 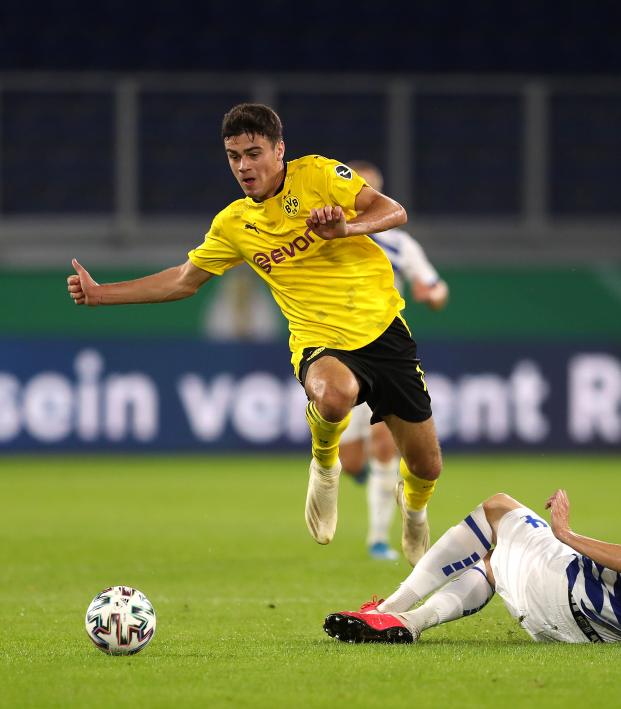 Connor Fleming September 14, 2020
BVB defeated Duisburg 5-0 in the first round of the DFB-Pokal.

Borussia Dortmund’s 2020-21 campaign began in earnest today with a DFB-Pokal first round match against third division side MSV Duisburg. Dortmund fielded a strong starting 11, but there was also room for a pair of teenagers in Giovanni Reyna and Jude Bellingham (both 17).

Dortmund got things started in the 14th-minute with Jadon Sancho converting from the penalty spot, and then Bellingham marked his competitive Dortmund debut with a goal following an excellent backheel from Thorgan Hazard.

Hazard turned scorer in the 39th minute with a beautiful free kick, and then Reyna did the same in the 50th (although his effort took a heavy deflection off Axel Witsel).

Gio Reyna goal! Takes a deflection off Witsel but it's in the back of the net pic.twitter.com/PB3goz6VIQ

Marco Reus, playing in his first competitive match since Feb. 1 due to injury, entered the match in the 57th minute and scored Dortmund’s fifth just moments later.

In what had to have been less than 10 seconds after returning to the pitch, Sancho finds a cutting Reus who finishes with class!

Dortmund opens its Bundesliga campaign on Saturday against Gladbach at the Westfalenstadion. That’s followed by a trip to Augsburg (Sept. 26) and then the DFL-Supercup against Bayern Munich (Sept. 30).