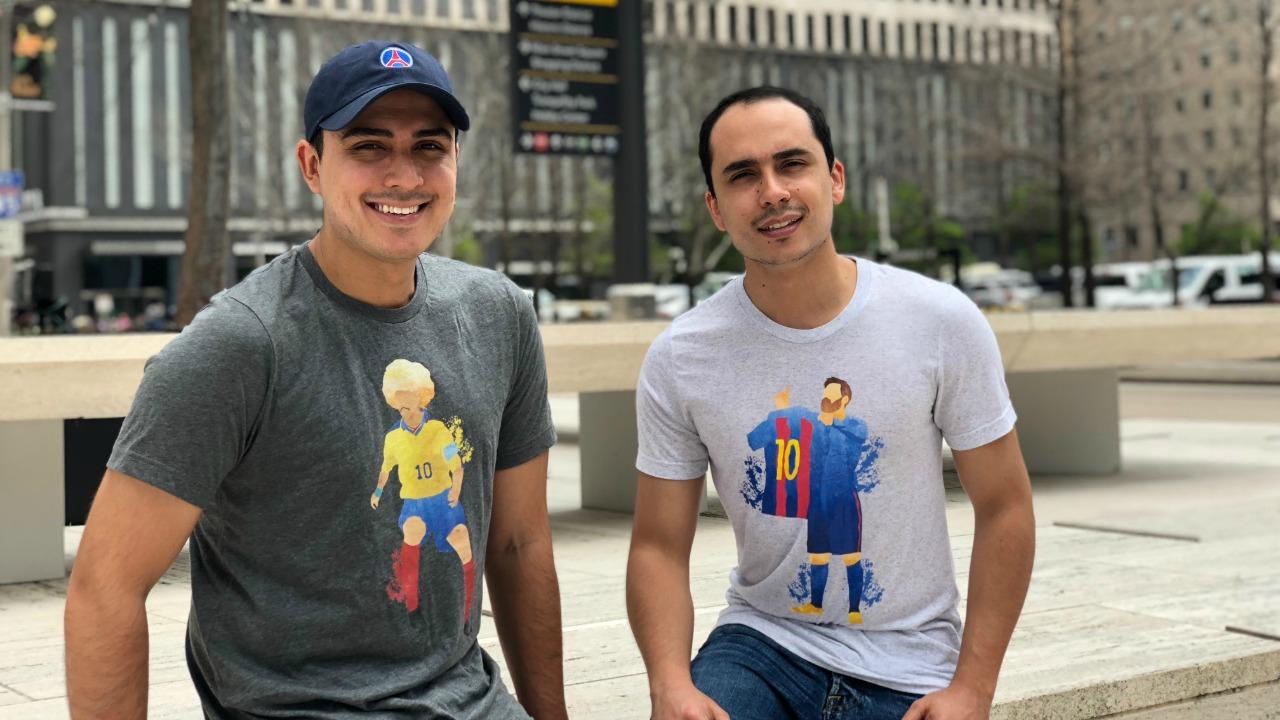 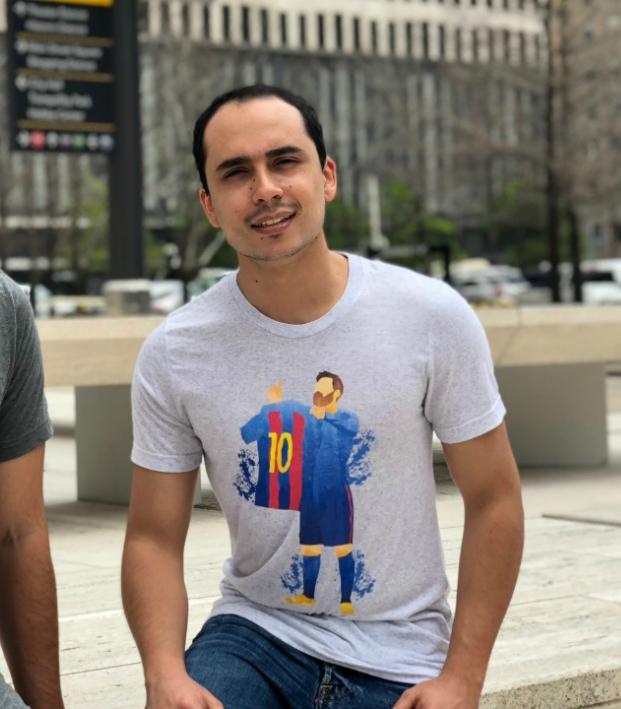 Tees Of All Time: Iconic Gear With A View Towards Shaping American Soccer Culture

Tees of All Time founder Carlos Velasquez moved from Bogota, Colombia, to Los Angeles, California, at the age of 15. Despite growing up in a soccer-mad country, Carlos’s interest in the game only peaked during Colombia's run to the 2014 FIFA World Cup quarterfinals.

“Right after that, I started following every Colombian player in every single league in the world. James (Rodriguez) went to Real Madrid. (Juan) Cuadrado went to Chelsea and then to Juventus. All of these star players started to move around, and the more I followed them, the more I liked it.” 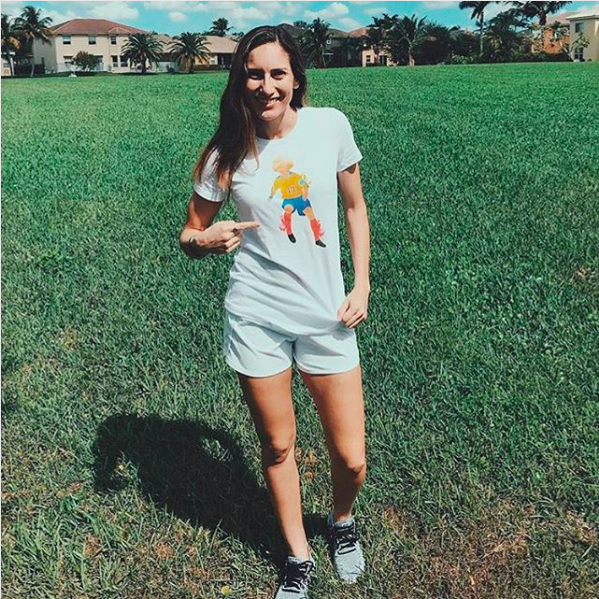 The passion that was ignited inside Carlos is globally reflected in millions of other individuals whenever the quadrennial event rolls around, and the remarkable impact of the tournament certainly wasn’t lost on him. In fact, he views the synergy of the World Cup as fundamental to what he’s ultimately trying to accomplish with the company he’s started alongside his brother, Alejandro — Tees of All Time.

When he’s not working his full time job for Sysco in Houston, Texas, Carlos is fully committed to the Tees of All Time project.

“I had the idea, maybe July of last year, but I really only started putting content out there in September, so I opened the Etsy store in September. Ever since then, it’s been a unique ride, I think. I have someone in Colombia who helps with some of the designs, and my brother helps with the rest. We’re trying to transition to my brother taking over all of the designs and working towards posting more regularly.” 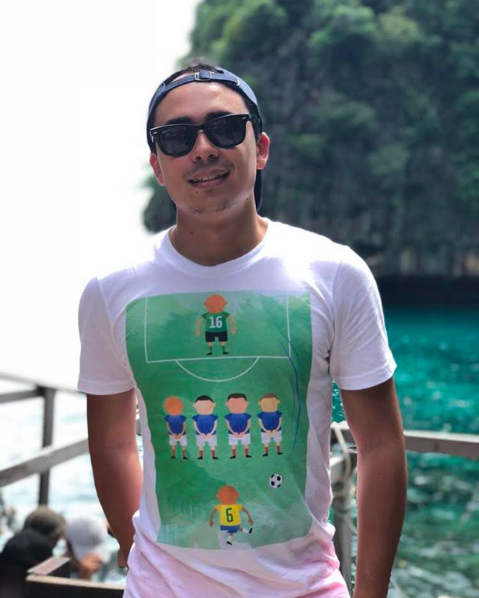 It all began with Carlos seeing a T-shirt online of Lionel Messi’s historic jersey celebration after scoring against Real Madrid. However, that particular T-shirt was simply just a photo of the moment. Carlos wanted the T-shirt, but he wondered if it couldn’t be reproduced in a more creative, unique and personal manner. 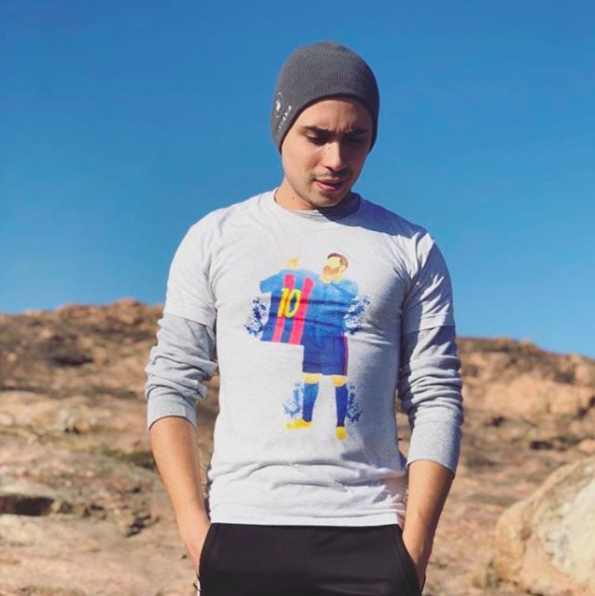 Venture to the Tees of All Time Etsy store or Instagram page, and you’ll immediately notice an overarching style and aesthetic. Utilizing world-renowned players and historic moments, Tees of All Time looks to capture these iconic instances with their original creative approach. 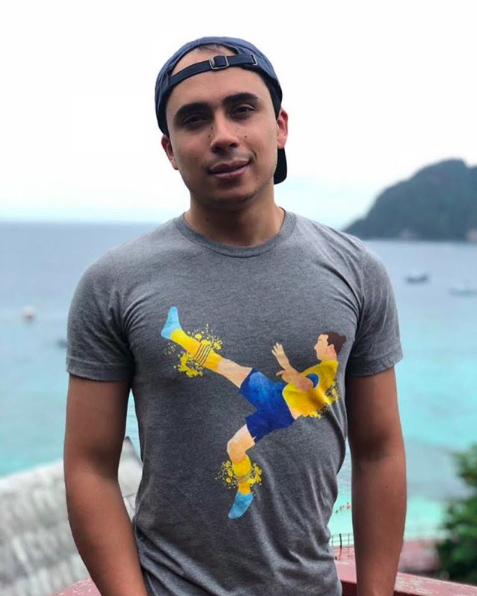 “If you know the players, then you know and there’s no question about it. If you don’t know, you only see the shape of a soccer player, but there’s no real significance to it.

“We want people to put on their shirt, go on the street and be approached by people that know what that shirt means. We don’t just wanna say, ‘Yeah, this is cool.’ We want, ‘Oh, wow! You remember that moment? You’re a Zlatan fan? I remember that moment exactly!’ We want people to immediately connect with the person wearing that T-shirt, and connect because you know what’s happening, you know the image. It evokes an emotion. That’s how we want to captivate other people.”

Starting with the likes of Lionel Messi, Cristiano Ronaldo and Zlatan Ibrahimovic, the entire product range now includes 39 items, including the T-shirts and a line of hats featuring minimalistic badges of different clubs. 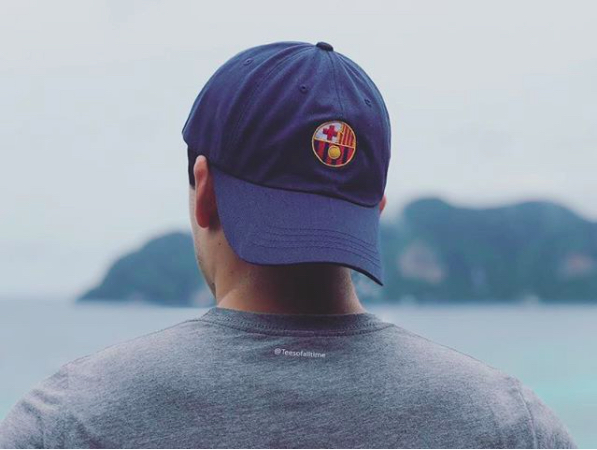 As for the biggest hit so far?

“You know what? You’d be surprised. My biggest hit is the Atlanta United shirt. That took me by surprise.

“I wanted to try and see how people would react to MLS players, and I just noticed that Atlanta United is a unique case. I don’t think that there’s another MLS team that has that many fans or that passionate of fans. There’s passionate fans for Seattle and the LA Galaxy, but there’s something unique about them.

“I wanted to make it special, so that moment that’s on the T-shirt is actually the first time that Atlanta United scored a goal in MLS. Yamil Asad is no longer with Atlanta, but people really like it. Every now and then, sales just keep popping up on that T-shirt." 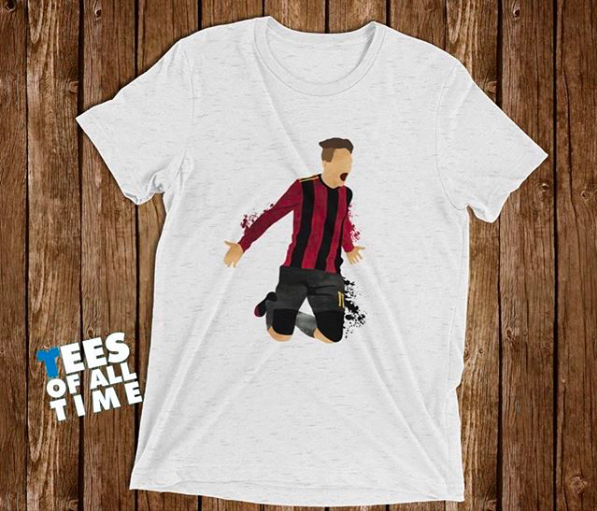 And while Carlos is excited about the abundance of design directions to take in the immediate future, what he’s most passionate about is the longterm vision of helping to transform American soccer culture.

“The whole thing started with me wanting a shirt for myself, and then I started thinking, ‘Okay, we can sell these,’ but I started feeling like it was missing a purpose. Do we just sell soccer shirts for the sake of selling soccer shirts? It didn’t feel like there was a mission to it. But then I started noticing, the United States has such great athletic talent. Everyone in the United States can become very good athletes.

“You see it at the Olympics. You see it in baseball, in basketball. The capacity and the investment that the U.S. can give to any athlete, it’s so big that it can transform them into the biggest athlete for that sport in the world. It doesn’t happen for soccer, and there’s a million reasons why, but I also want to contribute to that mission.” 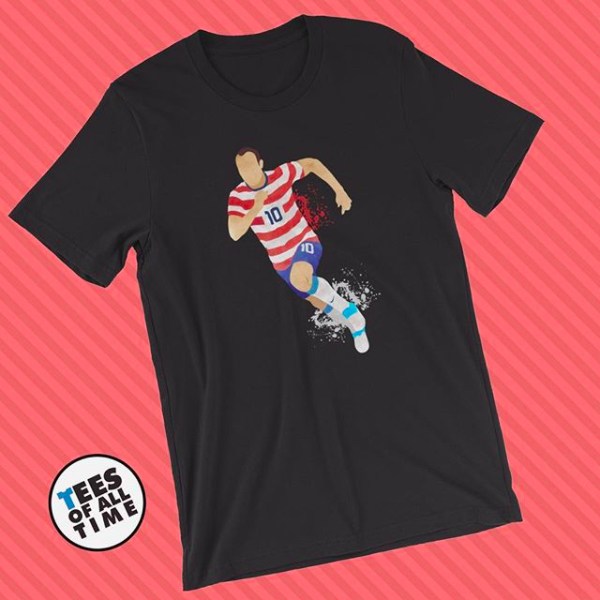 While missing the 2018 World Cup was an embarrassment that decelerated things, Carlos believes that there’s obviously a groundswell of momentum (seen in Atlanta and Miami, for example) that’s unstoppable in American soccer, and a future success at the 2022 or 2026 tournament will only tip the scales further.

“If the United States get to another quarterfinal, gets to a semifinal, our soccer culture will be completely transformed. But how do we do this? We have to invest in talent, we have to make it easier for good talent to access training facilities and to be a part of development academies.

“Most of these players just don’t do it. They go to college and do something different. My whole purpose is: Why don’t we start selling shirts, and with some of the money we allocate from the sales of the shirts, we put it back into players and invest in them — invest in talent that might not be able to afford to play in an academy and we send them on their way.”

Over the next two to three years, Tees of All Time is hoping to act on that vision.

“We’re not just here to make a buck, we’re here to help transform soccer culture. We’re here to be a better version of ourselves.”

Visit the Tees of All Time Etsy Store