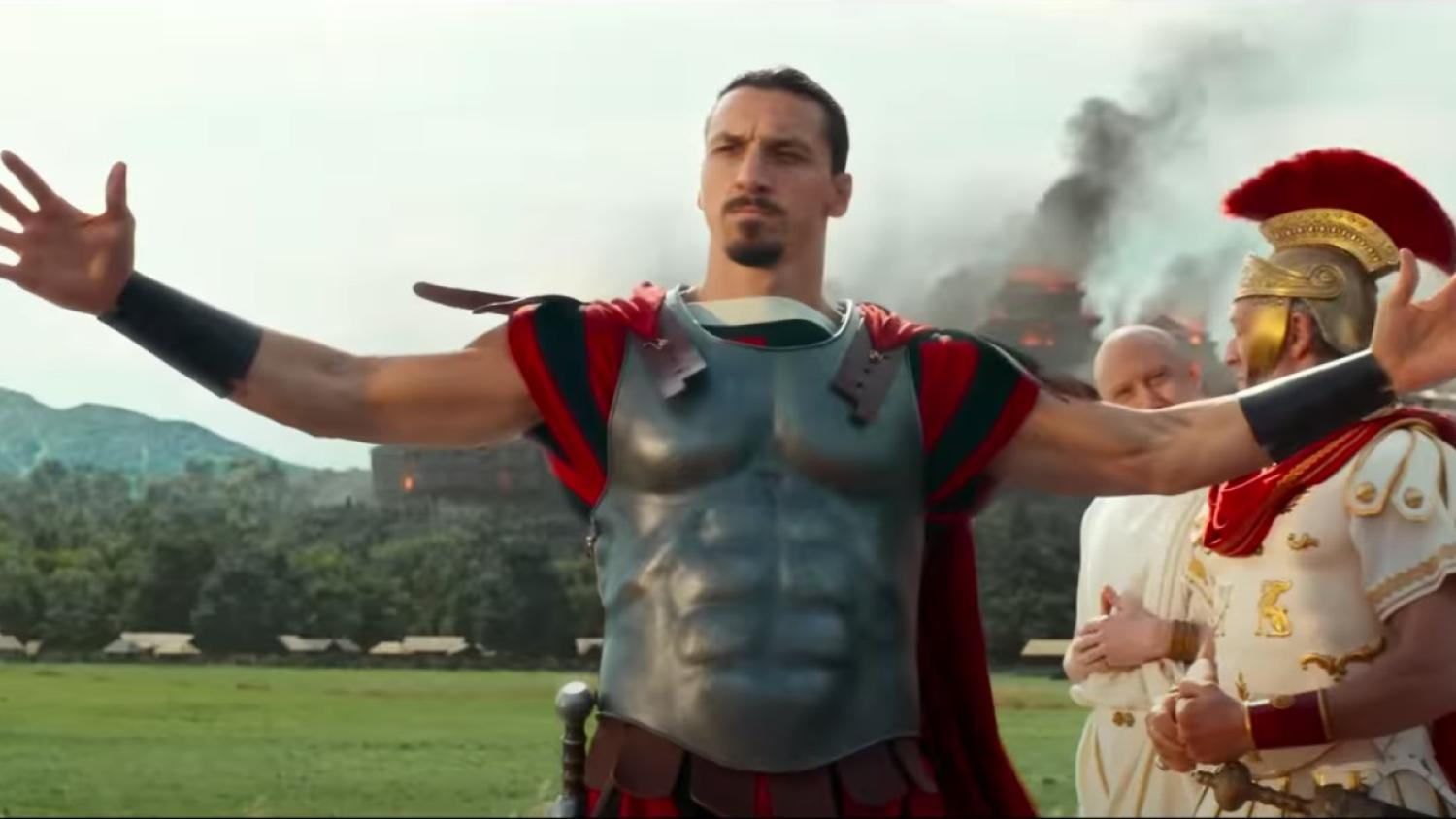 Soccer star and egomaniac Zlatan Ibrahimovic shared on social media a trailer of "Asterix and Obelix: The Middle Kingdom," a French movie set to premiere in February next year and in which he showcases his acting chops and fighting skills.

Zlatan Ibrahimovic role in the new Asterix and Obelix movie

Delayed by the pandemic, the new movie of the famous French comic book duo will have Ibrahimovic in the role of a Roman soldier called Caius Antivirus.

There are not many details about Ibrahimovic's character, but from the images shared in the trailer, it seems that the Swedish is a popular fighter.

One particular sequence shows Ibrahimovic on the battlefield picking up his helmet with a fancy soccer move and then delivering a savage uppercut to an enemy. A frame later, he is being cheered by the rest of the troops.

Check his part between the 55th and 59th second of the trailer.

While his acting career seems to be flying, Zlatan Ibrahimovic is recovering from an ACL injury in his left knee and will return to AC Milan training sessions at the beginning of 2023.

The 40-year-old striker recently talked with Gazzetta dello Sport and said he would be back soon.