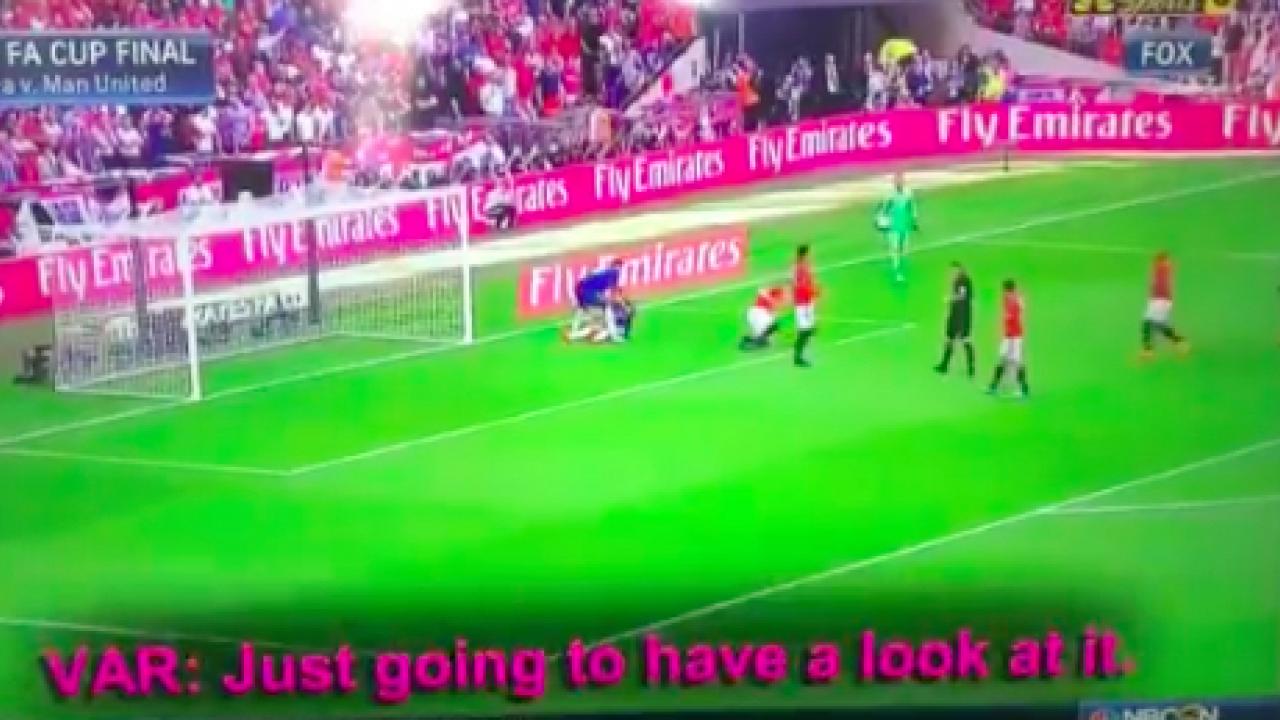 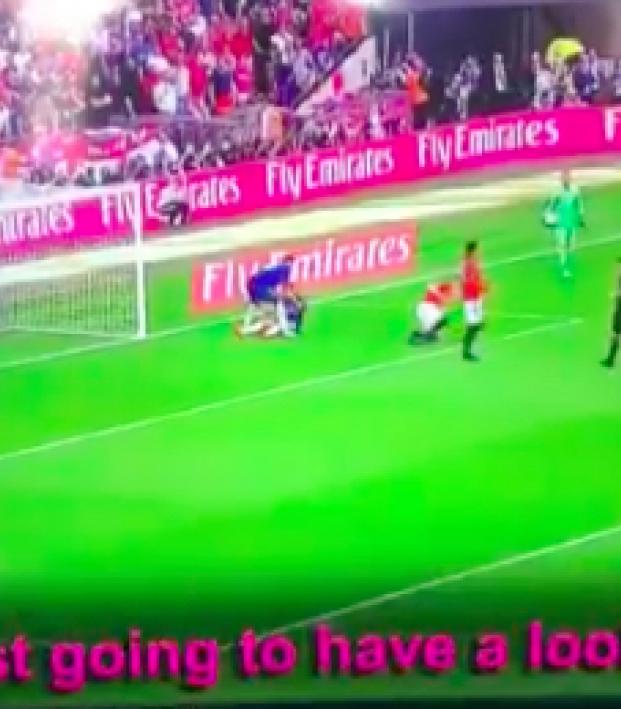 Brilliant Video Reveals The Frantic But Necessary Excellence Of VAR

Yesterday, NBCSN revealed a clip showing the most crucial moment of last season’s FA Cup final between Chelsea and Manchester United. The incident in question is when Phil Jones felled Eden Hazard in the box, leading to Hazard’s game-winning goal from the spot in the 22nd minute.

The match, of course, was notable in that it was the first final to use the video assistant referee (VAR) system. What you’ll hear in the video below is primarily the dialogue between the main official, Michael Oliver, and his assistant on the touchline in Manchester United's half.

However, you’ll also hear from the VAR as the system is used to check Oliver’s penalty decision. It was an obvious foul and the VAR merely confirms that, but the audio here does a fantastic job of showcasing just how difficult the process can be.

Oliver is swarmed by Untied players who are adamant that it wasn’t a foul, and he’s also swarmed by Chelsea players who want to see a red card brandished. You can't hear the players speak, but, for the most part, that's who Oliver and his assistant are speaking to.

And with the help of VAR, both Oliver and his assistant can say with 100 percent assurance that Jones attempted to play the ball (resulting in a yellow), and that it was a foul in the area and the denial of a goal scoring opportunity (DOGSO!). Correct decision; penalty confirmed. Let's get going.

This is what referees hear and say on the field during a VAR decision. Shown on NBCSN just now. pic.twitter.com/8CnGA4Iv2e

One complaint about VAR is that it disrupts the flow of the game — that it takes too long to make these decisions. As you can see above (and as was the case in the Bundesliga last season and at the World Cup this summer), that’s really just not true. If anything, it helps to combat player dissent. You can't argue with replay technology while you're out on the pitch.

VAR is wonderful, and the additional support offered to the referee is entirely necessary for both helping to come to the correct decision and — as is the case above — to tell players to STFU and get on with things.