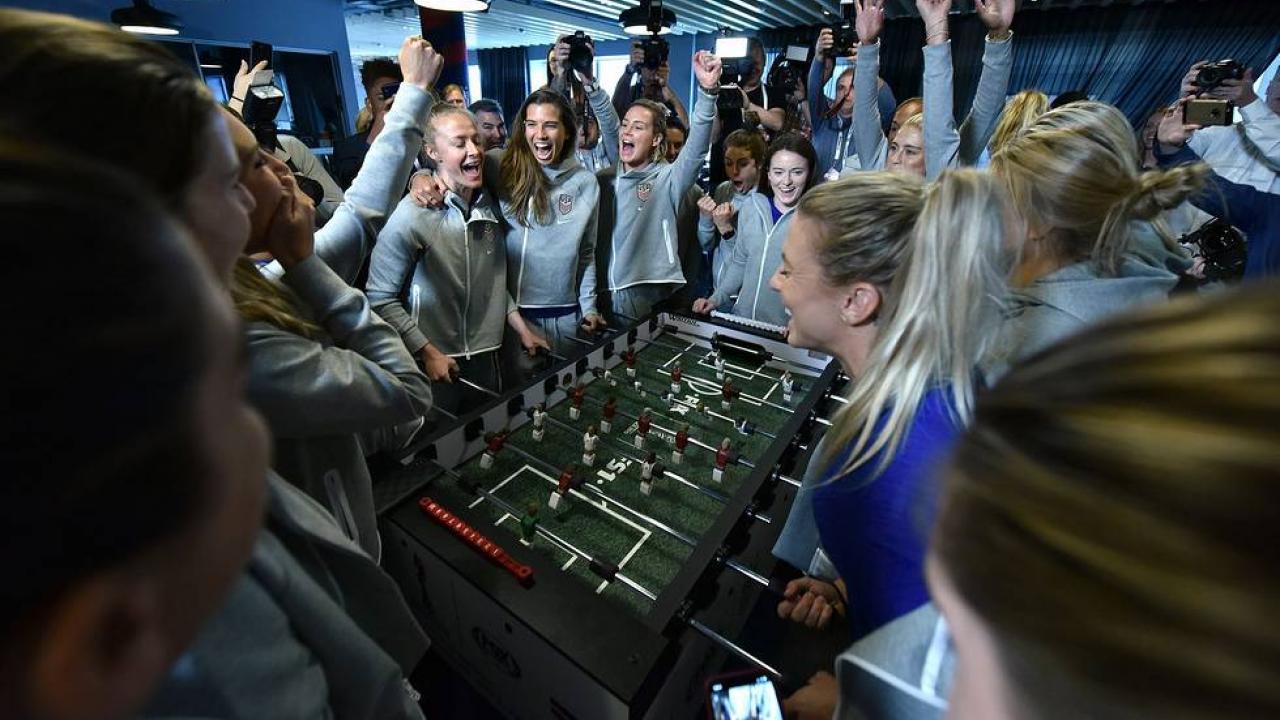 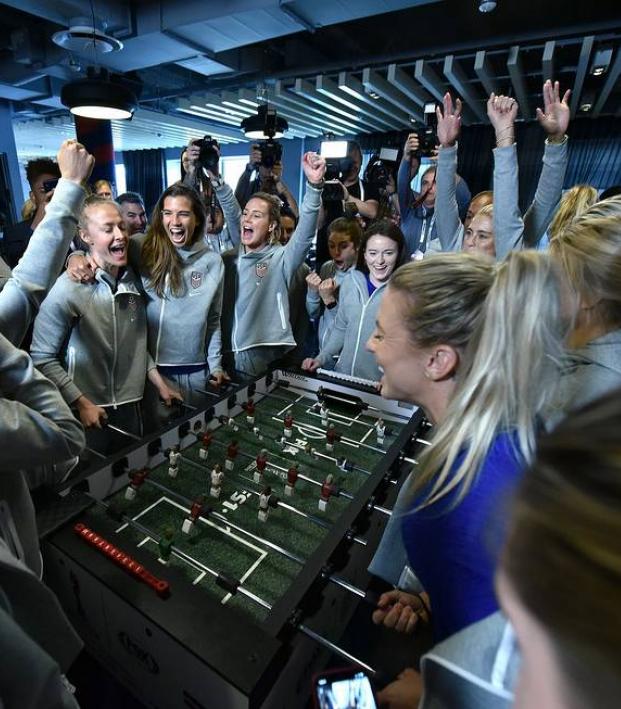 USWNT Given Foosball Table With Stunning Replica Figurines Of Each Player

In the battle to create the world’s greatest foosball table, we thought that an extravagant use of LEDs was about as far as you could go. We’ve been proven wrong by FOX Sports. The broadcaster — which will air all 52 Women’s World Cup matches this summer — presented the USWNT with a unique foosball table that’s “customized to the exact specifications of each player on the team’s roster.”

Using facial scans, 3D printing and meticulous hand painting, each of the 23 players on the World Cup roster were replicated in foosball figurine form, including hair color, player accessories and full Nike kit with names and numbers.

The results are uncanny, somewhat eerie, but ultimately the greatest gift we’ve ever seen. Imagine having something like this in your own home. 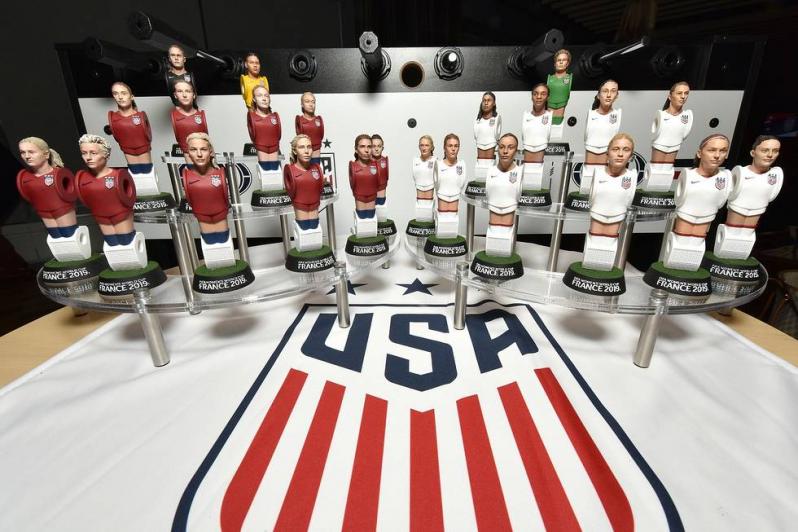 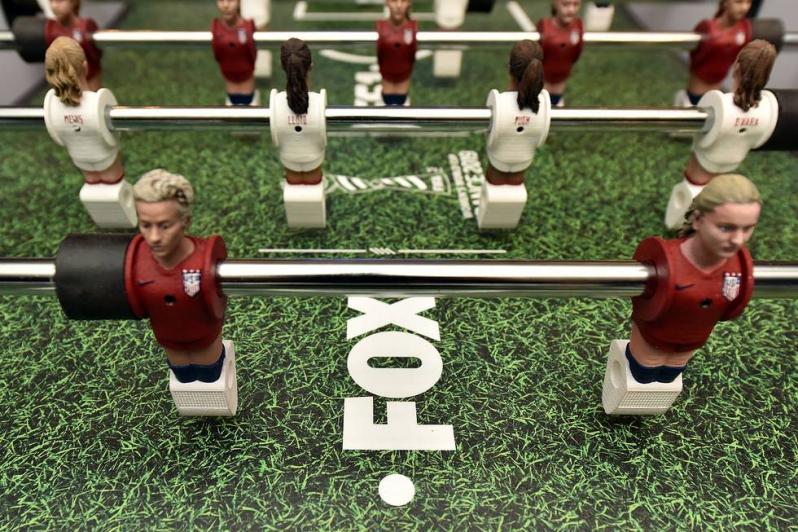 This afternoon, FOX Sports’ Aly Wagner and Alexi Lalas presented the #USWNT with a first-of-its-kind foosball table customized to the exact specifications of each player on the roster.

The #USWNT players were presented with a foosball table of themselves and it's getting a little competitive... pic.twitter.com/LA3dcNLW2C

The USWNT plays its final Send-Off Series game today (May 26) against Mexico at Red Bull Arena in New Jersey before heading off to France. The U.S. opens World Cup group play against Thailand on Tuesday, June 11. That match is at 3 p.m. ET.