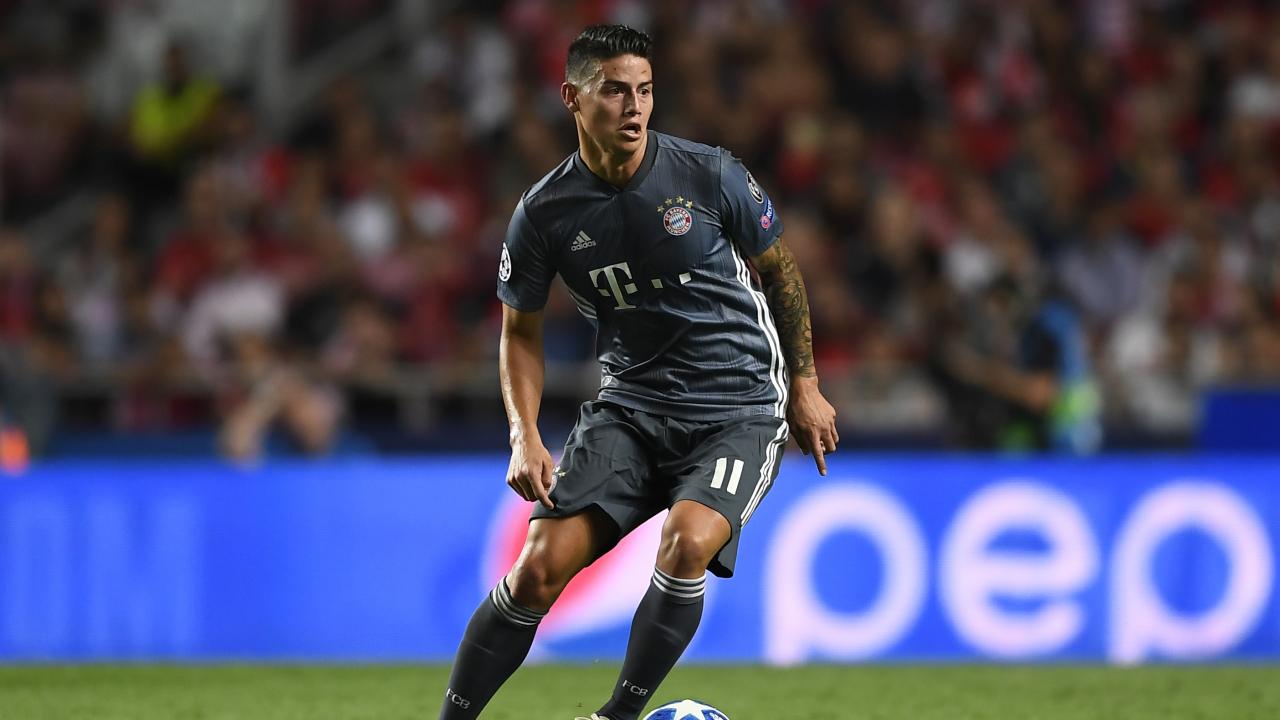 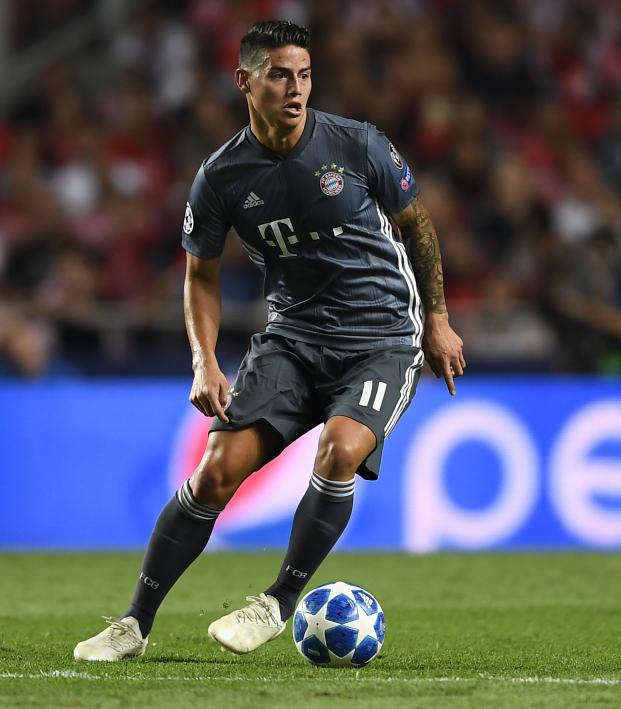 The Disgruntled XI: A Starting Lineup Of Players Looking For Transfers

It’s a bit strange, but for the likes of Real Madrid, PSG, Atlético and Napoli, there’s not much to play for with two months remaining in the season. Maybe a Coupe de France here and a triggering of an Arsenal crisis there, but it’s really silly season time for the aforementioned giants of the European game.

And let’s be honest, in a sport dominated by mega millions, super agents and an ever-growing belief that the difference between finishing 13th and seventh in the Premier League is spending $50 million on a Brazilian winger who’ll get you seven goals between August and October before demanding a January transfer to Shandong Luneng Taishan, it’s always the silly season.

Karius again featured heavily in the news this week when it was revealed that the goalkeeper had taken legal action against his loan club, Beşiktaş, over unpaid wages. According to Goal, the 25-year-old went four months without receiving his salary.

The German joined the Turkish side on a two-year loan back in August, but Beşiktaş’ manager recently said, “Karius has gone a bit stagnant, something is wrong with his electricity, motivation, enthusiasm for the game. It has been like that since the beginning. He does not really feel a part of the team.”

On the pitch, Karius has started 22 of 26 league games while keeping six clean sheets. Beşiktaş is third in the Süper Lig, 11 points behind İstanbul Başakşehir with eight matches remaining.

At this point, it sounds best for all involved parties to cut the deal short after one season. With Alisson and Simon Mignolet established as Liverpool’s No. 1 and No. 2, a return to the Bundesliga seems like a healthy choice.

Although the two share the same position, country of birth and certain doppelgänger qualities, it always seemed sacrilege to compare Tagliafico with Javier Zanetti.

However, the 26-year-old Ajax left back has been a revelation at the highest level this season, scoring three goals in seven Champions League appearances (including one against Bayern Munich) while playing a vital role in the club’s historic victory over Real Madrid.

Although Zinedine Zidane is back in charge, the rumor persists that Varane is seeking a new challenge in his career. It makes sense: Even though the Frenchman is just 25, he’s won it all (two LaLiga titles, one Copa del Rey and four UCL triumphs).

He certainly hasn’t been the most appreciated part of Real’s European dynasty, but his performances for France in Russia finally earned him the plaudits he so thoroughly deserves.

Although he’s had his share of injuries — never appearing in more than 27 league games during his eight-year stay at Real — Varane is a world-class center back with another decade at the top in front of him.

Alderweireld has refused to extend his contract at Spurs, and it seems a certainty that the Belgian defender will be sold this summer with Manchester United leading the chase.

At the age of 30 and with 84 international caps to his name, Alderweireld is a finished product — he’d bolster the backline of any club on the planet, but he’ll be looking to align his desire to win trophies with one final massive pay packet.

After seven glorious seasons with the Blues, it looks like Hazard is taking his talents to the Bernabéu. After a World Cup that cemented his reputation as one of the world’s best players, the 28-year-old has been Chelsea’s saving grace in a turbulent year.

With 13 goals and 11 assists in 29 EPL games, Hazard is the league’s most instrumental player. From a neutral’s point of view, losing the Belgian is a travesty for the EPL, but if he does end up going to Real Madrid, it’ll be thrilling to see if he can help the club reclaim the LaLiga title after what'll certainly be back-to-back Barcelona triumphs.

From future club captain to training with the reserves, Rabiot’s fall from grace at PSG has been spectacular. Although only 23, his time in Paris appears over with both manager Thomas Tuchel and president Nasser Al-Khelaifi seemingly ready to cut ties with the midfielder.

It once appeared certain that Rabiot would transfer to the Camp Nou, but Barcelona’s signing of Frenkie de Jong has clouded that vision. There’s still interest from Europe’s top clubs, but it’s been a disastrous season in Rabiot’s development, and he’s never been further from Didier Deschamps’ France plans.

The Colombian attacker appeared to have a future at Bayern following the completion of his two-year loan deal, but then suddenly he didn’t. It’s been a trying season for the 27-year-old, one that saw him lose his place in the starting XI only to later regain it.

He’s recently issued a startling reminder of his quality with four goals and two assists in his last four Bundesliga outings (including a sumptuous hat trick against Mainz), but it appears as though both Bayern and James are prepared to move on this summer.

James, of course, returns to Real Madrid if Bayern doesn’t exercise the purchase option, but the return of Zidane makes that a no go for James as well.

He’s reportedly a target for Juventus, Arsenal, Liverpool and Manchester United, but that doesn’t tell us much.

The Bernabéu whistles him, Zidane reportedly first quit because of him and he’s not an effective replacement for Cristiano Ronaldo. So it goes. The latest rumors say Man United wants no part in the Bale action, but Bayern does.

The romantic in us wants to see him return to Tottenham, but that probably wouldn’t be the best move for either party.

Given his love for the NBA, it’s no surprise that Griezmann’s transfer saga is coming to resemble some of the wrangling that defines that league. Last summer, after a move to Barcelona looked imminent, Griezmann announced his contract extension until 2023 at Atlético by way of a TV special called “The Decision.”

However, after Atlético’s pathetic 3-0 defeat to Juventus in the Champions League — a match in which Griezmann hardly existed on the periphery — the French attacker wants a Barcelona exit again.

It’s hard not to laugh at the 27-year-old because Fortnite is annoying, but he’s also an incredibly unique talent that’s shown an ability to thrive in any system. It'd be fun to see him let loose outside of Diego Simeone's pragmatism.

After being stripped of his captaincy, Icardi has now missed nine consecutive games while football’s greatest soap opera drags on. Much has been made of Icardi’s fabricated knee issue, the problems presented by his agent and wife Wanda Nara and disputes over his new contract at the San Siro, paving the way for an exit after six years at Inter.

With a record of 109 Serie A goals in 179 matches, Icardi is a target for Real Madrid, Juventus and Napoli.

With five goals in 41 appearances for United, Sánchez’s time at Old Trafford is mercifully at an end.

Prospective buyers can perhaps look at Ángel Di María’s time at United as evidence of life after living a personal hell, but it's time for the man with the Mr. Bill mouth to move on.