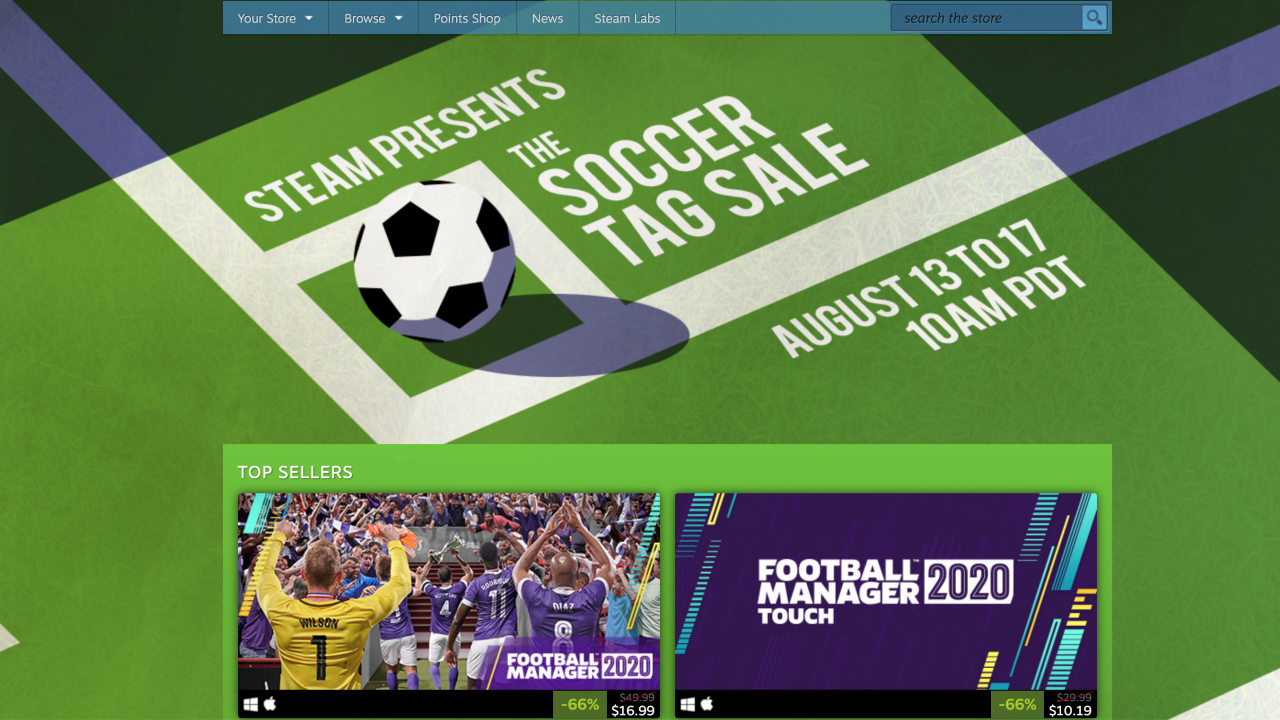 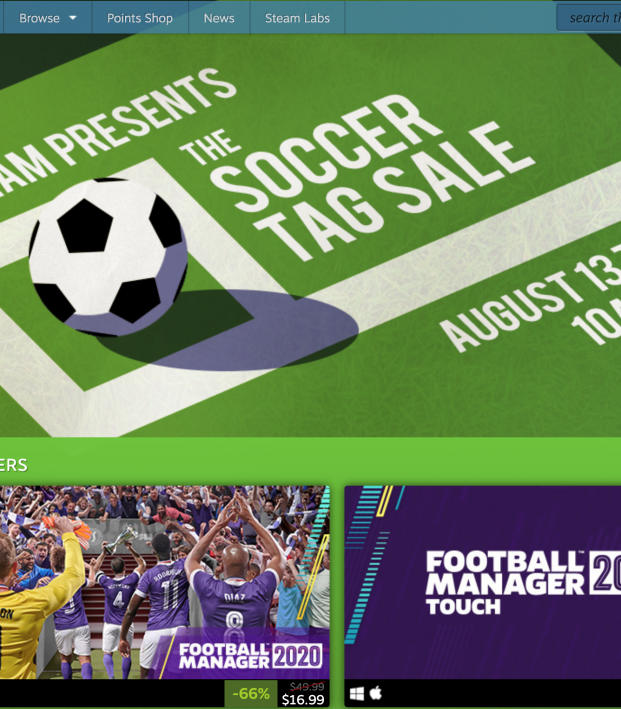 Since the beginning of video games, there have been soccer video games. While most football fans stick with the traditional FIFA, PES or Football Manager series, there are dozens of soccer video games available featuring everything from anime-style to robot footy — there’s even a soccer game that lets you use cows and aliens to overcome your opponent.

And they’re (almost) all on sale this weekend on the PC distributor/platform Steam.

WEEKEND DEAL  Save up to 90% in the Steam Soccer Tag Salehttps://t.co/DfTV8PGtRn#SteamDeals

In all, we counted 49 soccer games on sale right now on Steam during the Soccer Tag Sale, which runs through Aug. 17 at 10 a.m. PDT (that’s Monday morning so you don’t have to look at your calendar). This doesn’t include soccer-adjacent games also available on Steam but not on sale, like Rocket League. (We can’t suggest buying Rocket League at this time because it’ll be going free-to-play soon.) Not every soccer game is on sale on Steam — the FIFA series, for instance, isn’t even available on Steam at the moment (though you can preorder FIFA 21).

But don’t sleep on some of the other soccer games like Robot Soccer Challenge or the shitty looking Football Russian 20!8. While it’s not on sale, Captain Tsubasa: Rise of New Champions (out on Aug. 27) will combine all your favorite parts of anime and soccer.

And then there’s Footlol, a game released seven years ago that I can’t believe I haven’t tried before. This game takes the PSG approach to winning: Do whatever it takes. But instead of throwing money at the pitch, you throw land mines, Roman legionnaires, B-52 bombers, artillery and even cows at the opponent.

Sadly, despite the 49 games in the Steam soccer sale — and the dozens more not on sale — Mia Hamm Soccer 64 is still not available on Steam. One day we’ll get a port of the first women’s soccer video game.