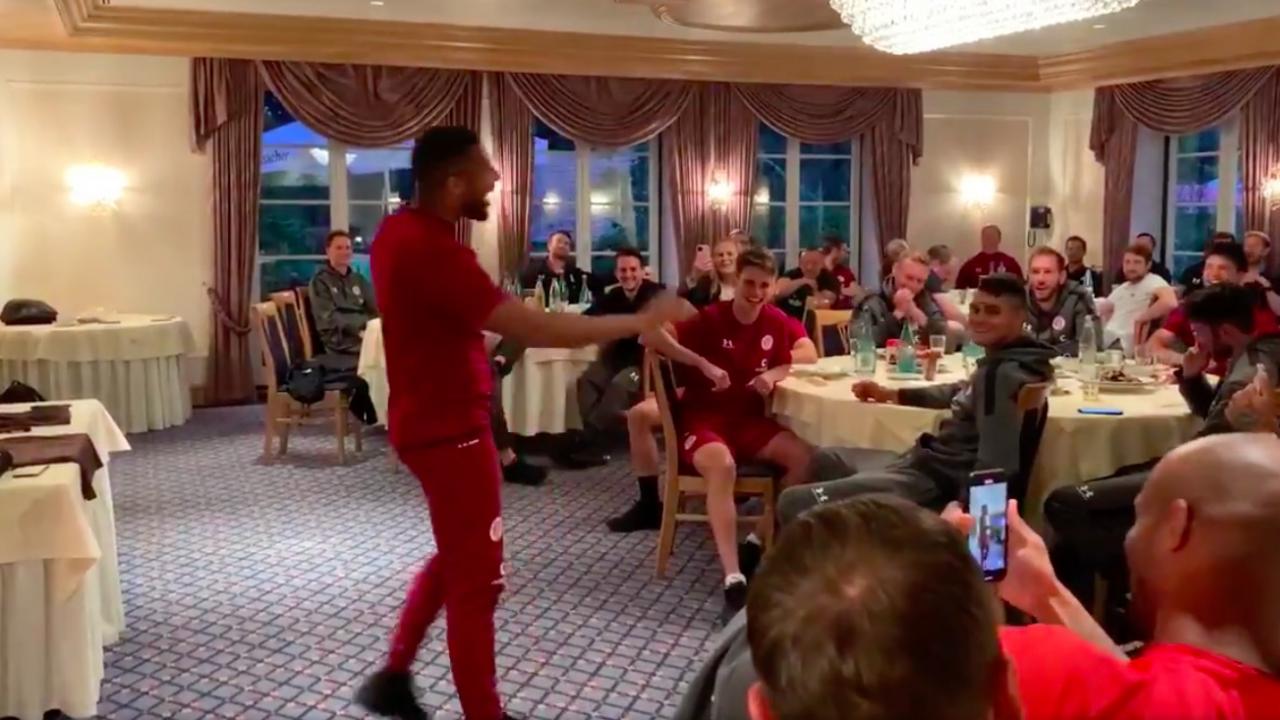 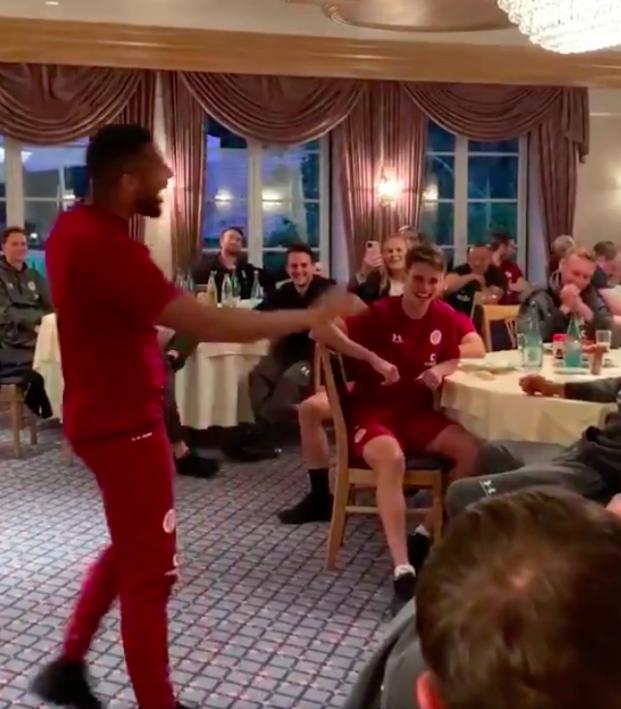 St. Pauli Signing Serenades Teammates With Beautiful Version Of 'Stand By Me'

Hamburg-based St. Pauli's new signing Kofi Kyereh became one of the latest players to undergo the traditional initiation ritual of serenading his new teammates on Saturday.

Kyereh, signed from Wiesbaden on a free transfer, treated the club to a rendition of the classic song "Stand by Me" as St. Pauli prepares for the new season with a training camp in Herzlake.

Kyereh moved to St. Pauli after Wiesbaden was relegated to the German third tier at the end of last season. After scoring 15 goals in the third division to help the club achieve promotion in 2018-19, he scored six and provided seven assists but was unable to prevent an immediate drop back down for Rüdiger Rehm's side.

The jury is still out on who sang the Ben E. King classic better — Kyereh or John Terry, upon his 2017 arrival at Aston Villa.

John Terry sings 'Stand By Me' for his @AVFCOfficial initiation

St. Pauli has bid farewell to both of last season's top scorers, as Dimitrios Diamantakos moved to Croatia with Hadjuk Split and Henk Veerman returned to previous club Heerenveen. The 6'7" Dutchman had spent two and a half years with the northern-Netherlands based side before moving to St. Pauli in 2018.

In addition to Kyereh, St. Pauli has secured the signing of Danish forward Simon Makienok from Dynamo Dresden in an effort to replace the 22 goals Diamantakos and Veerman scored between them last term.

Both the Bundesliga and 2. Bundesliga will kick off the 2020-21 season on September 18. St. Pauli and new head coach Timo Schultz will begin the campaign against Bochum on Sep. 21.