Most Annoying Types Of Players In Youth Soccer 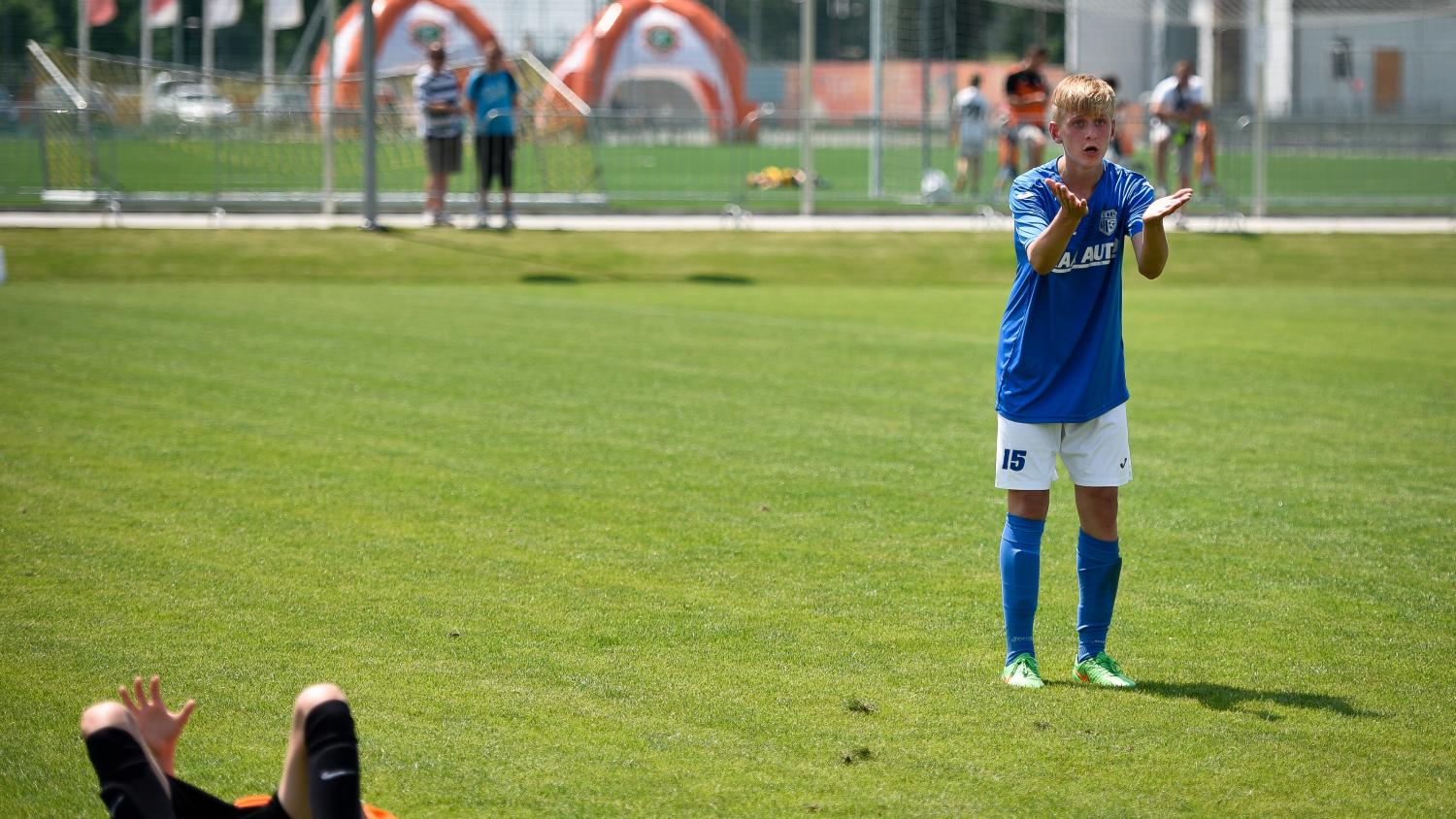 From opponents to teammates, these are the people you hate playing soccer with.
Shutterstock.com

Soccer stereotypes come in many varieties. Chances are, you’ve seen a few.

Anyone who grows up playing soccer likely faces off against hundreds, if not thousands, of different players over the years. Most were nondescript, players you forgot about as soon as the match was over. Others have stuck with you, annoying you still to this day.

Here are the most annoying soccer stereotypes that you hate playing against or with, whether it’s indoor or outdoor, rec/intramurals or seriously club soccer.

This player is completely oblivious to his or her teammates. Just pass the rock already!

For whatever reason, coach’s kids seem to have a superiority complex, thinking they’re the best players on the pitch. Usually, they aren’t.

Hey, you’re not Ronaldo. Stop doing all those unnecessary step-overs. You’re going nowhere and losing the ball. Everyone hates you.

If you’re going to get nice boots with the neon colors, you better be good.

Constantly Talks To The Ref

Whether it’s begging for a call, complaining about a decision or just asking how much time is left, players who are always talking to the ref are just obnoxious.

Chances are, the people who do this are also the least likely to score.

Again, you’re not Ronaldo. Stop pretending to be.

This person immediately boots the ball away whenever it comes near, with no intention of maintaining possession, dribbling or passing. This isn’t kickball, it’s soccer.

Never Subs Out In Indoor

Even when obviously tired, this player never voluntarily leaves the pitch, leaving the subs on the bench exasperated and wanting to play.

Shoots Way Too Much

Crossing the halfway line is a green light to shoot for these folks, who want all the glory to themselves.

We all want to win, but at the end of the day it’s just a game.

Worse than the person who takes things too seriously is the one who just doesn’t care.

Way Too Focused On Appearances

You’re playing soccer, not in a fashion show. Who cares if your hair gets messed up?

No one likes a bully. Well, I guess about 46 percent of America voted for one for president in 2016.

It’s halftime and you just want to catch a breather and get some fluids, but this teammate won’t shut up trying to pep the team up, ramming phrases like “Let’s keep our shape!” and “We should connect more passes, guys,” down your throat. Just go away.

Is There A Game Going On?

There’s nothing more frustrating than having a solid defensive performance thwarted by the player who just completely forgets play defense.

The ref blows the whistle for a foul and you just want to get the match restarted but this petty player either actively kicks the ball away or just completely ignores your attempts to retrieve the ball.

This person always demands to take set pieces, from free kicks outside the box to corner kicks, yet shots always go 20 yards over the goal and corners go straight out of bounds or right to the keeper.

For some reason, this person always eats a huge meal right before a match or practice and then can’t even run a mile before cramping up.

Look, we get it, you’re a cool kid with cool things to do later, but can we hold off on the party planning until after the match?

On the bright side all these annoying soccer stereotypes are better than these soccer parents.