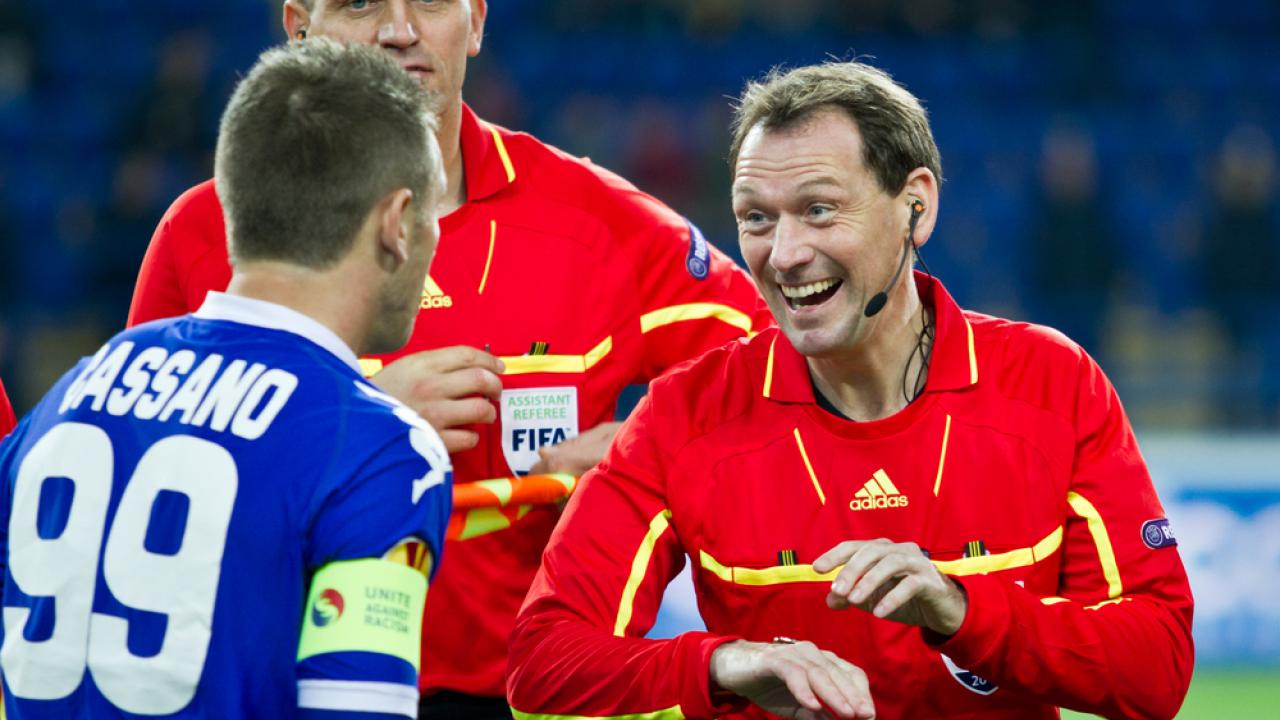 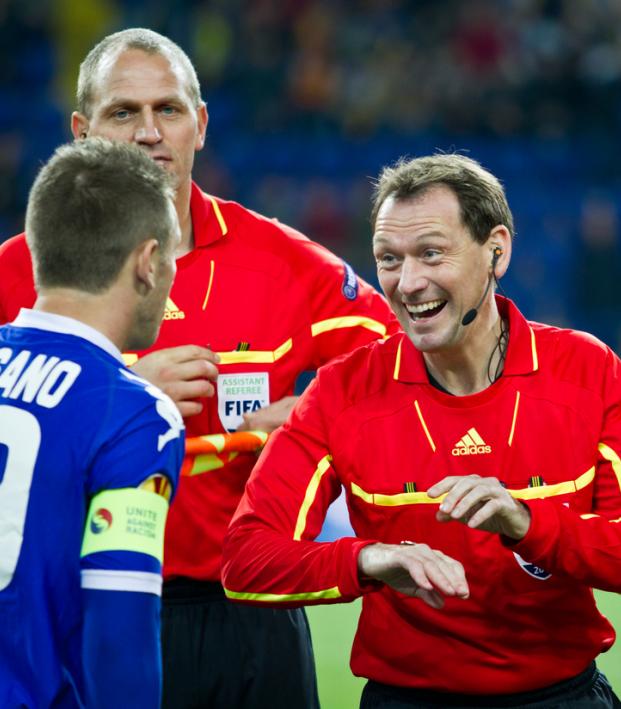 We Should Use Rock, Paper, Scissors Instead Of The Coin Toss For Kick-Off

How well do you know Law 8, concerning “Kick-off” in particular? Did you know that it’s a real goddamn stickler for the rules, but it’s also a bit of a mischievous statute? Here’s the particular part of the particular subsection I speak of:

Pretty simple, right? Not at all. It’s like Inception but rubbed down with a little bit of Diego Costa’s special horse placenta remedy.

I mean, who gets to make the call on the coin toss? That’s not in the Laws. Tradition says it’s the visiting team’s captain who, out of courtesy and sportsmanship, gets to make the call, but the referee could also serendipitously decide that the home team is heads and the away team tails. Hell, he or she might even have a plastic coin with two contrasting colors instead!

What about catching the flip versus letting it drop?! And where in tarnation is this coin procured? What if the ref had a parking meter to satisfy the night before and is fresh out of coinage? In that case, can we just rely on something a bit more interesting to decide the outcome of the toss — something like rock, paper, scissors?

If you do, you’ll be suspended.

During a recent FA Women’s Super League match between Manchester City and Reading, referee David McNamara — who also referees in England’s fifth division and the early rounds of the FA Cup — used a game of rock, paper, scissors to decide the kick-off instead of the traditional method. Apparently he left his coin in the dressing room, so England centurion Steph Houghton and Kristy Pearce waged a mental war in a style that’s typically reserved for ESPN8: The Ocho.

On Wednesday, McNamara was handed a three-week suspension for his transgression, keeping him home on the couch and playing Red Dead Redemption 2 until Dec. 17. “The FA can confirm that referee David McNamara has been suspended for 21 days, starting from Monday, November 26, after accepting a charge of ‘not acting in the best interests of the game,’" read a heavy-handed statement from some curmudgeonous spokesperson.

If that’s not acting in the best interests of the game, then I’ve got issues with said game.

On Dec. 12, the Bureau of the Development Committee is scheduled for a meeting at FIFA HQ, and I think it's time for a modest proposal: Let's change the coin toss to rock, paper, scissors.

If you don’t have the vision I have with regards to what this could potentially become, let me give you a little glimpse into the inner workings of my soul:

I mean, imagine how lit the start of the World Cup semifinal between England and Croatia would’ve been if Harry Kane and Luka Modrić would’ve strode forward to meet Cüneyt Çakır for the ultimate duel of wits. Just like Andrea Pirlo beginning the Euro 2012 shootout with a Panenka over a flabbergasted Joe Hart, cutting up that paper would send a message that would reverberate through the totality of everyone involved: This game is already over.

And yes, I believe we should go best two out of three here, because there’s no better strategy than throwing three straight rocks, which is what’s referred to as a “rockslide” by those in the know. Now you're in the know.