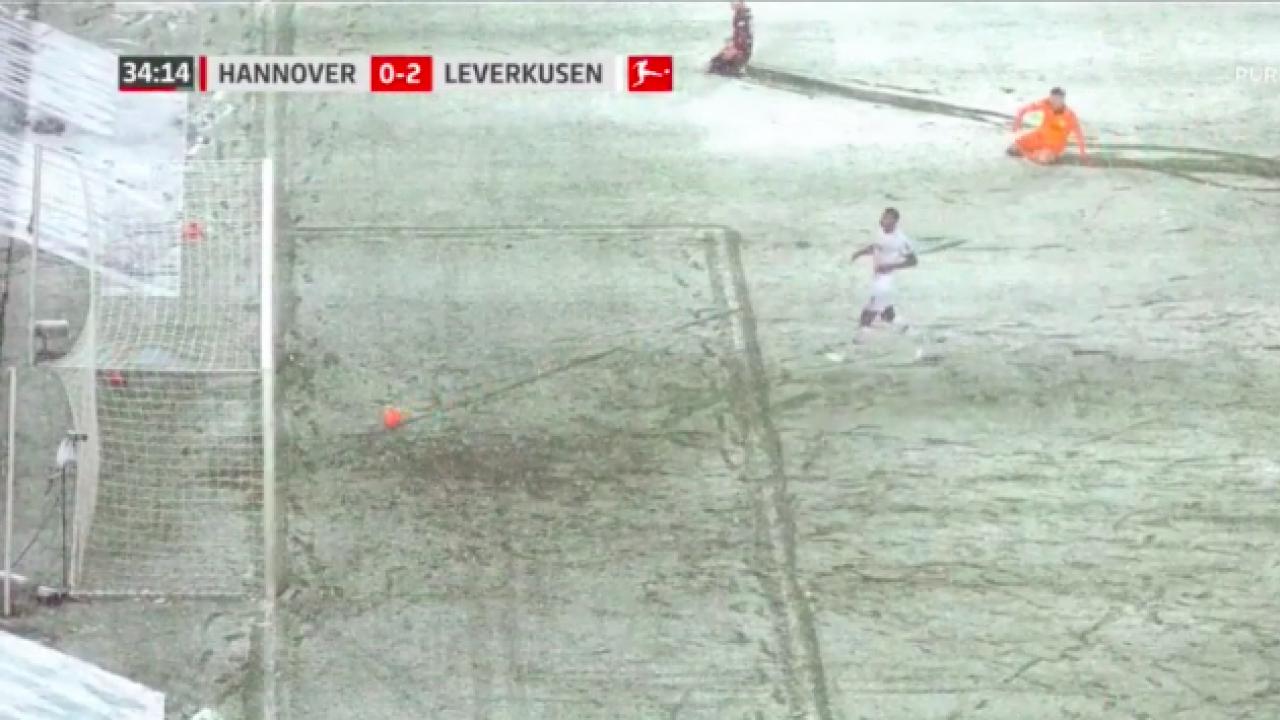 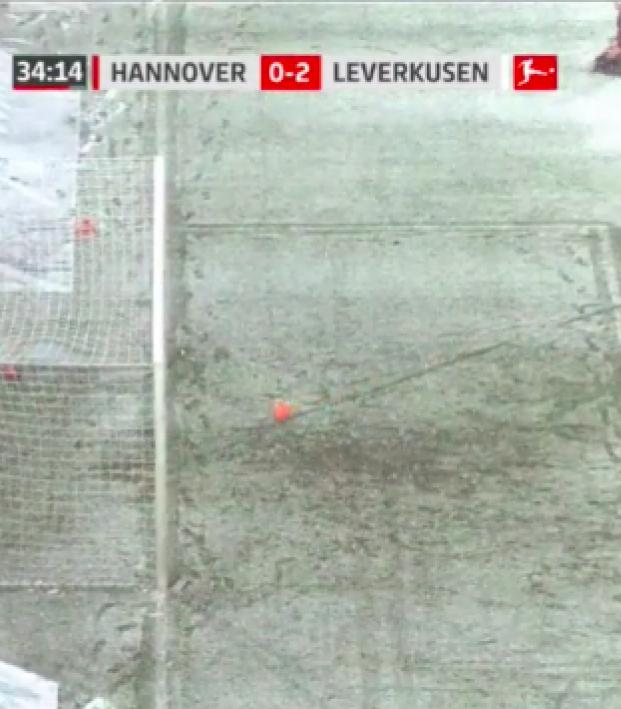 Snow, Enemy Of The Free Peoples Of Earth, Stops A Certain Goal In Germany

It was pissing down snow in Hannover today, particularly at HDI-Arena, which has a much better name sans sponsorship: the Niedersachsenstadion. Hannover 96, staring straight down the double-barreled shotgun that is relegation, welcomed Champions League aspirants Bayer Leverkusen to the Snowmageddon on Sunday, and things started off as you’d expect.

Leverkusen jumped to a 2-0 lead thanks to a first half brace from Kevin Volland. The second was quite nice, and it’ll help you to understand the weather conditions that we’ll be addressing shortly.

The Hannover comeback should’ve began in the 33rd minute, but look at what happened to this goal-bound effort from Genki Haraguchi. It got lost in the sauce.

Not to be deterred, Hannover would actually equalizer after Jonathas scored and Mitchell Weiser notched an own goal.

Unfortunately for the hosts, Leverkusen would find the winner in the 87th minute through Kai Havertz.

Hannover’s now eight points from guaranteed safety with nine matches remaining, and Leverkusen is only four points behind Gladbach for fourth and a spot in the 2019-20 Champions League.