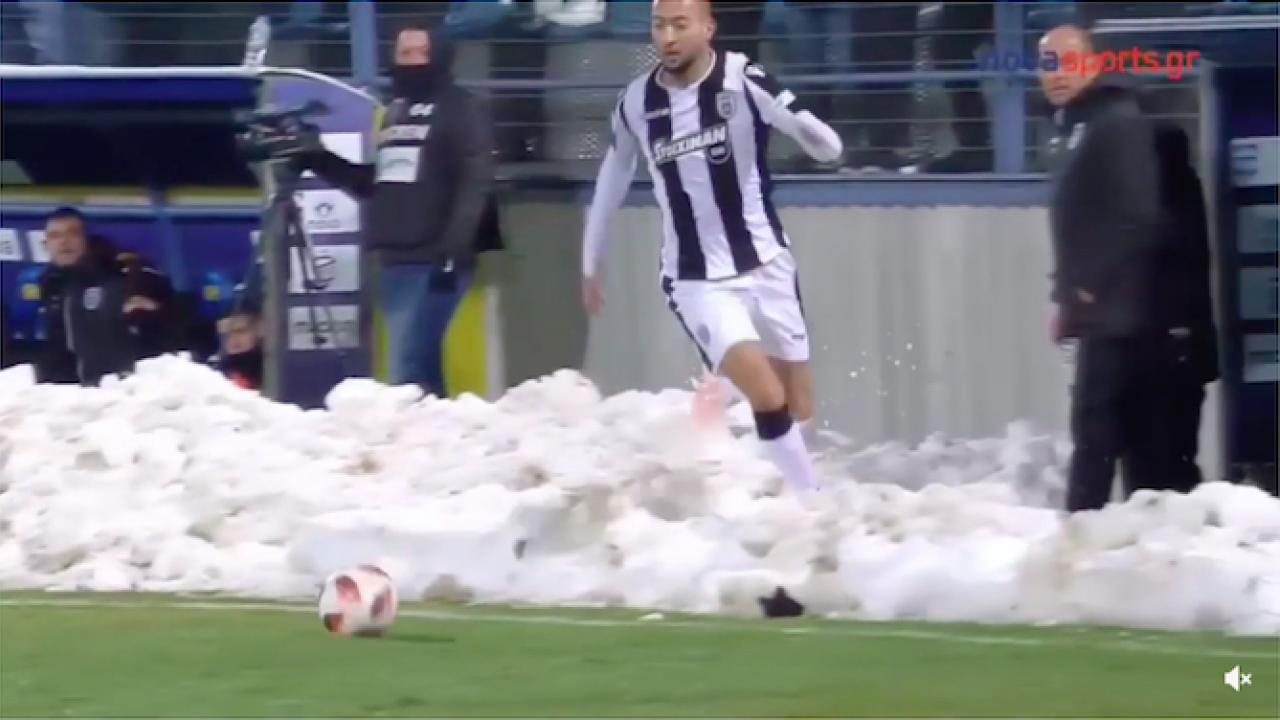 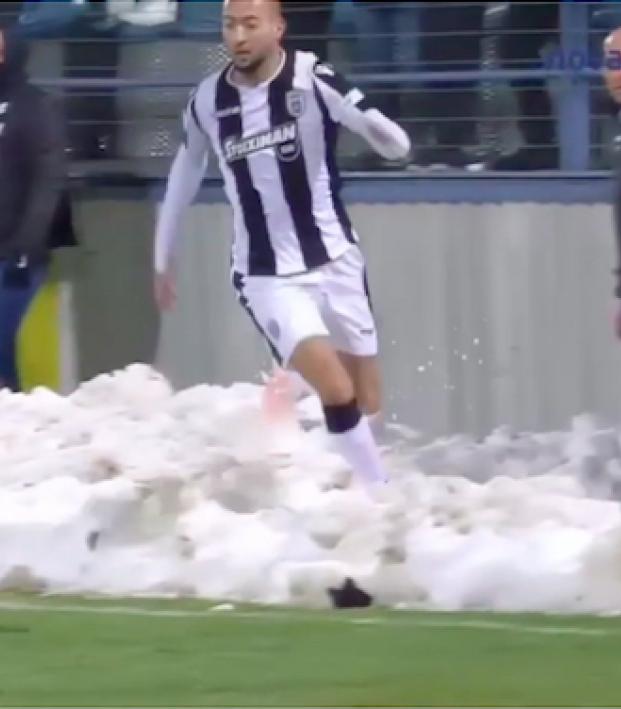 Man Running Through Snow Pile While Dribbling Is Oddly Soothing

Feel free to disagree here, but there’s something wonderfully soothing about watching PAOK’s Omar El Kaddouri fleece his marker after gallivanting through the snow at the Asteras Tripolis Stadium in Tripoli, Greece.

PAOK defeated Asteras Tripolis 3-0 on Sunday, maintaining the club’s eight-point lead at the top of the Greek Superleague. PAOK is undefeated after 15 matches with 14 wins and one draw, allowing El Kaddouri to break out the Robert Frost-inspired tekkers towards the end of this match.

With the only other sound being the sweep

Of easy wind and downy flake,

El Kaddouri sensed the woods are lovely, dark and deep,

But then he had to skin a man alive because he had promises to keep,

And miles to go before he sleep.

That doesn’t make much sense.