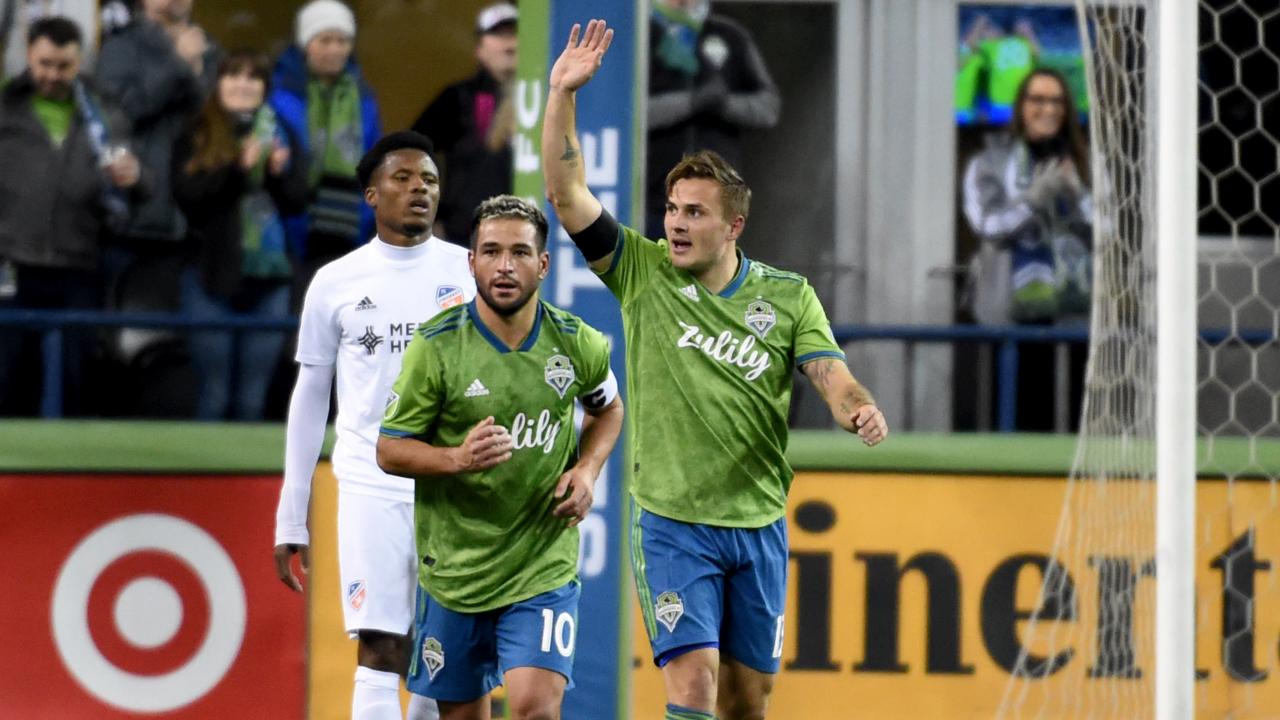 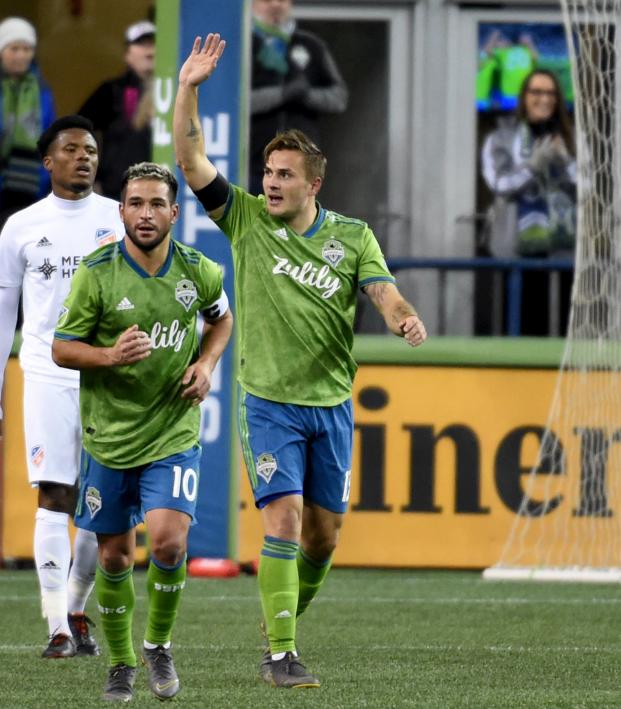 Forget LAFC, No Team Is Built For The Playoffs Like The Seattle Sounders

It's no secret that the Seattle Sounders have been one of the best MLS teams of the past decade: The Sounders have collected the most points out of any team since joining the league in 2009, and they've made the playoffs each season.

But over the course of the club's first seven seasons in MLS, Seattle was known for having great regular seasons (picking up four U.S. Open Cups and a 2014 Supporters' Shield) followed by an annual collapse in the postseason.

It wasn't until 2016, when Sigi Schmid was sacked and replaced by assistant Brian Schmetzer, that the Sounders finally made it to an MLS Cup final. That was the year Seattle won its first MLS Cup, and Schmetzer turned around and took the club to the final again in 2017.

Even though Seattle lost to Portland last year in one of the most memorable playoff series' in MLS history, the Sounders have proven themselves as a strong playoff team under Schmetzer. But how far will they make it this year?

Beating Minnesota United 1-0 on Decision Day and claiming second seed in the West was a massive step towards a strong playoff run. The Sounders will now have home-field advantage through the playoffs, unless they run into LAFC in the Western Conference finals.

Just looking at Seattle's home and away records this season proves how important playing at CenturyLink Field is.

Just to reiterate how important grabbing that #2 seed was, the Sounders are 11-2-4 at home this season. Only two losses at the CLink vs. 8 on the road. pic.twitter.com/Kpxks2zt8S

Who They Will Play

It's never an easy ride to make it through the playoffs, but Sounders fans will look at their side of the bracket and feel confident. In the first round, they play FC Dallas.

While Dallas just beat Sporting Kansas City 6-0 on Decision Day, that was at home, where Dallas suffered only one defeat. Their away form is a completely different story. Out of a possible 51 points, Dallas only picked up 12. That's 0.71 points per game. This is Seattle's game to lose.

If the Sounders were to beat Dallas, they would take on either Real Salt Lake or the Portland Timbers in the Conference semifinals. While RSL is favorited against Portland and ended the season third in the West, they share FC Dallas' struggles on the road, going 4-9-4.

Portland, if they were to win away at RSL, would create a rematch of last season's Conference semifinal. While Portland may have finished lower than RSL, the Timbers are the team that would give the Sounders the most trouble. Even without Brian Fernandez and potentially Diego Valeri, anything can happen in this Cascadia matchup. Seattle would still be favorites going into this match, but it would have a much more nervy feel than it would against RSL.

How Far Will The Sounders Go This Year?

There's always a chance to win it all. This team has much more talent than the one that won MLS Cup in 2016 and the one that made it back to the final in 2017.

Saying they are favorites on their side of the Western Conference bracket is no hot take. It's also not a hot take that Seattle will most likely lose to LAFC in the Conference finals if both teams make it that far. But I will say if the Sounders can make it to the MLS Cup final, they will win it all.