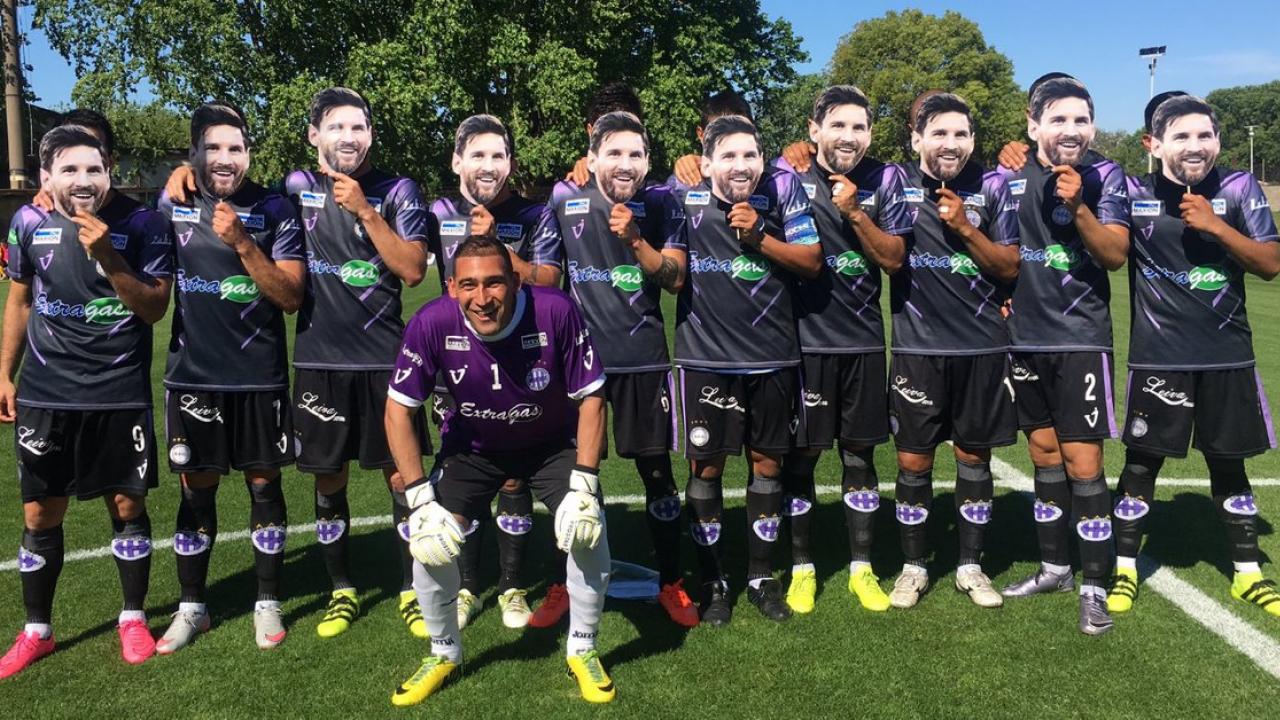 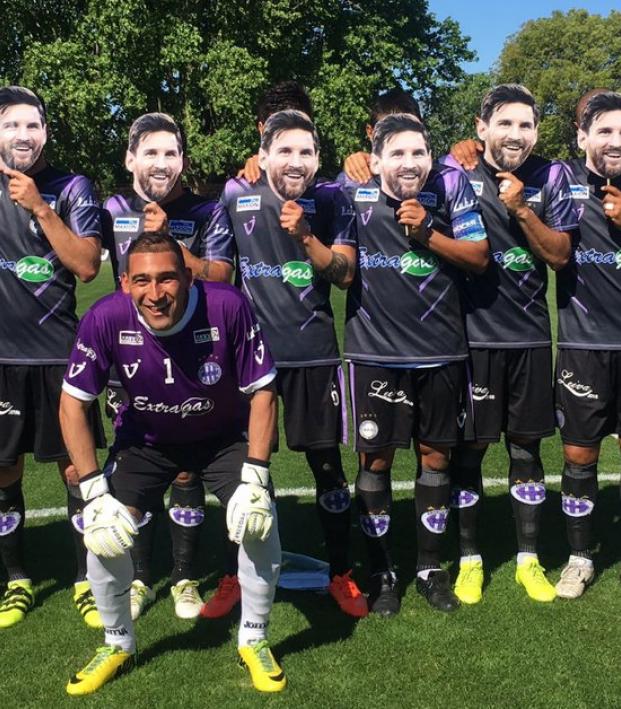 Lionel Messi scored a hat trick against Ecuador to secure Argentina's place at the 2018 World Cup in Russia last Tuesday. Folks in Argentina are understandibly excited about that. One Argentine club, Sacachispas, was so excited they went out and did this:

Sacachispas play in the Argentine third tier, but their banter is clearly first division-worthy.

Argentina went into Tuesday's match against Ecuador on the outside looking in in terms of World Cup qualification, but armed with the knowledge that a win would earn them at least a playoff against New Zealand. After a very early Ecuador goal, Lionel Messi took matters into his own hands and scored three goals. The match ended 3-1.

That, I think, is a fair enough reason for a team to wear Messi masks. The World Cup is a big deal, and so is Messi!