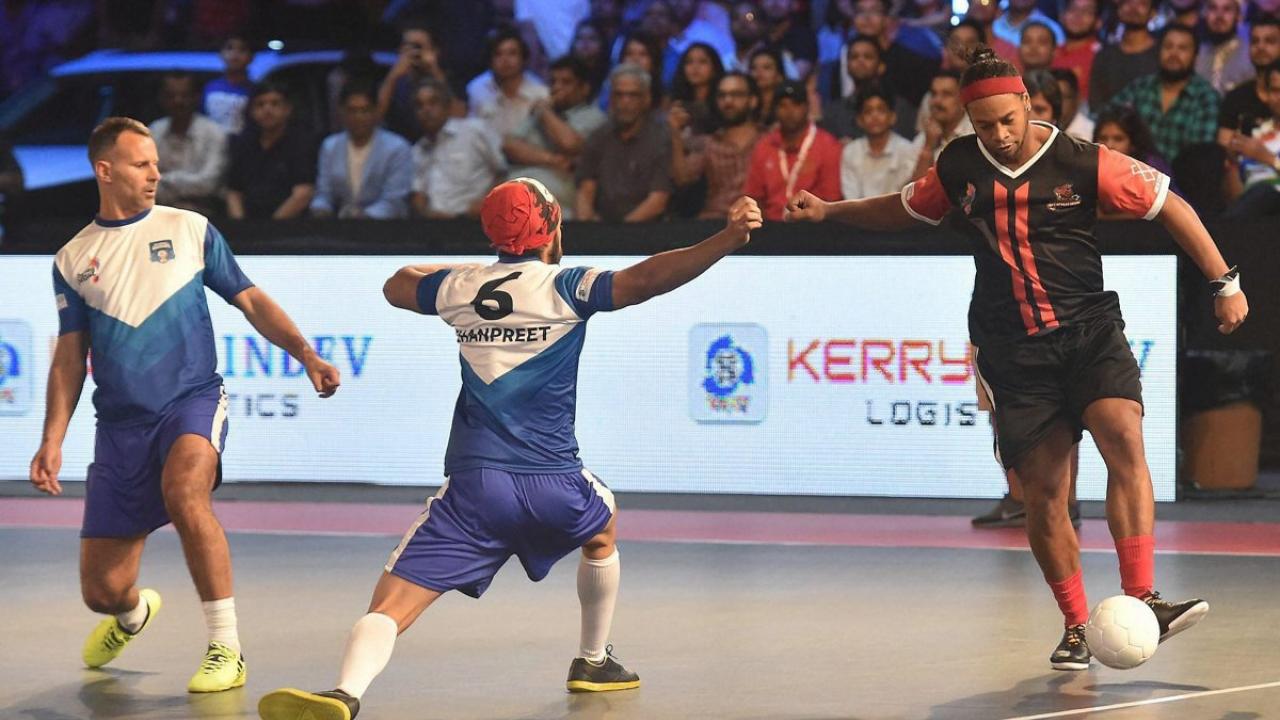 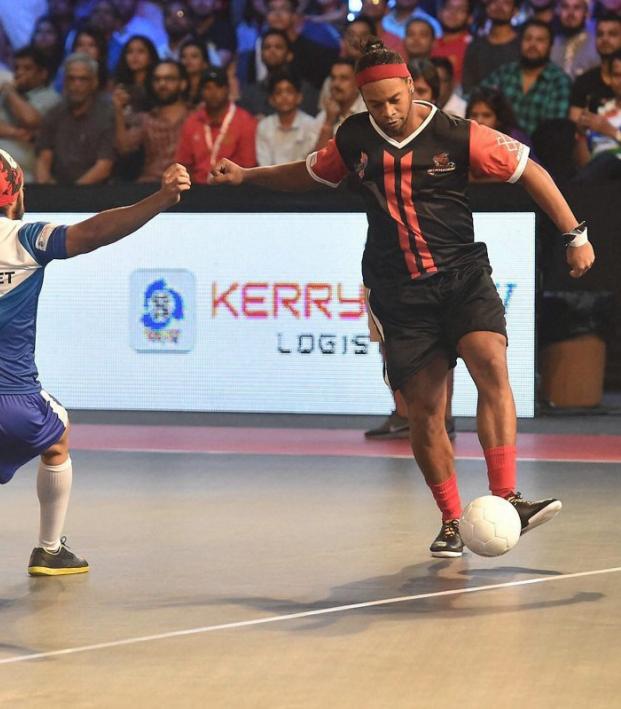 Ronaldinho is playing in the Indian Premier Futsal League, and he is doing about what you would expect to some beleaguered Indian futsallers.

Here's a video of Ronaldinho snatching a man's soul.

ATTENTION: Ronaldinho is out here taking lives on the futsal court. This was just rude. pic.twitter.com/0YRHJeOogR

Here is another angle of the soul-snatching incident.

Ronaldinho has to chill, someone tell him this man has a family... pic.twitter.com/WmaXRXpsJG

Here is yet another angle, because we will probably just watch these on a loop until the end of time.

Lest you think that was the only time Ronaldinho ruined somebody's day, here's another instance:

Unleashing Ronaldinho on some hapless defenders in India seems mean, but it sure is entertaining. And the guys he embarrassed probably don't mind. They got to meet Ronaldinho.