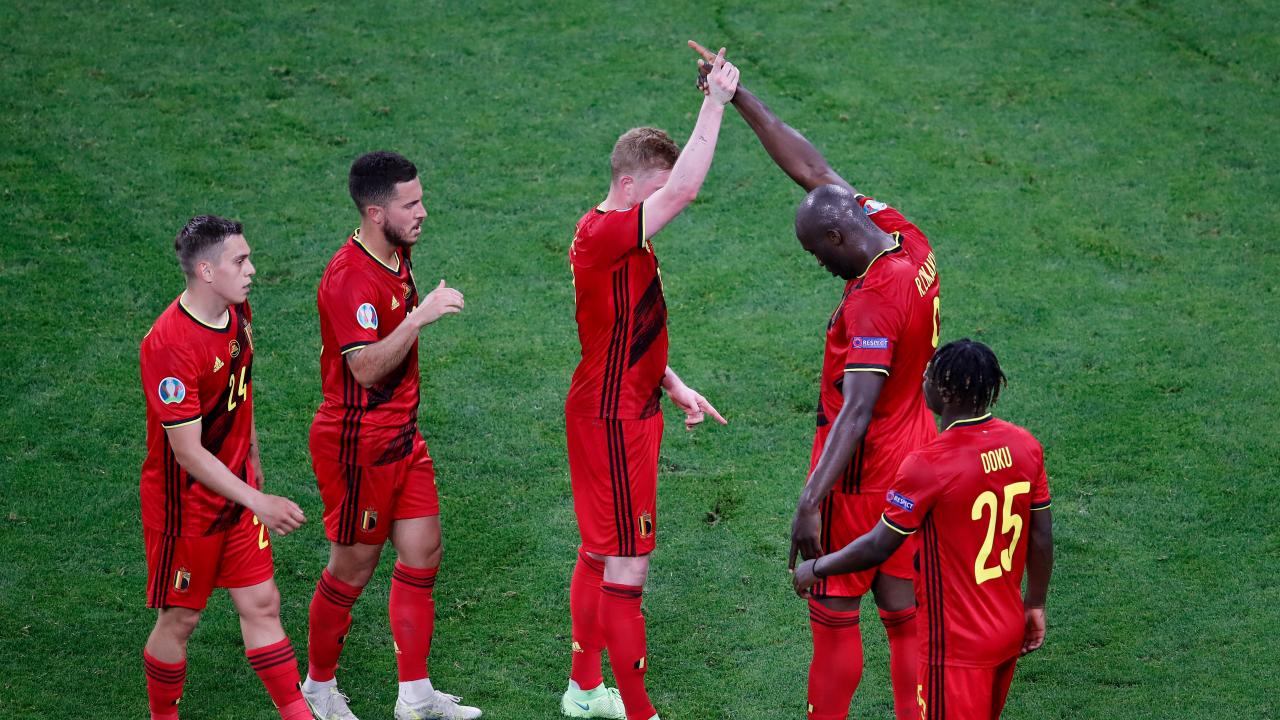 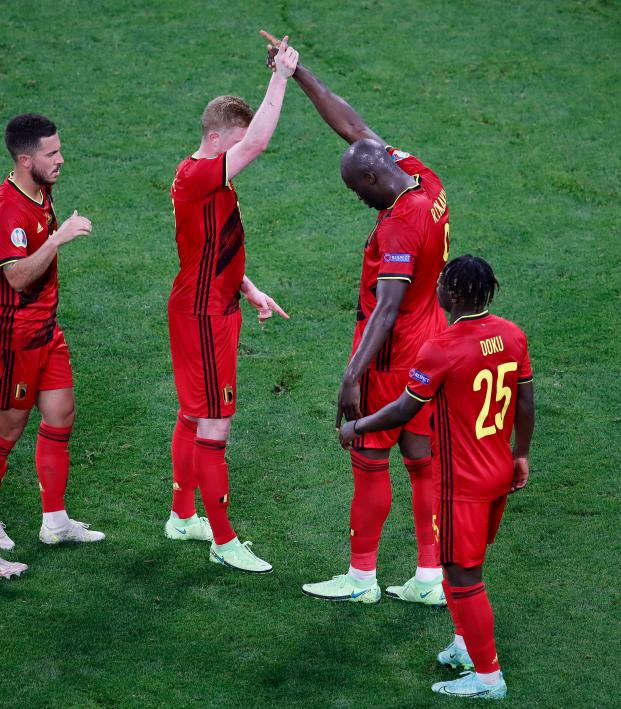 Lukaku And KDB: The History Of The Handshake

Romelu Lukaku and Kevin De Bruyne go together in Belgium's attack like peanut butter and jelly coming together to make the most timeless of sandwiches. They've built their impressive careers at separate clubs, but when they come together with Belgium there's little opponents can do to stop them. Having so much success between them, the two obviously had to create a celebratory handshake to go with it.

In 2014, Belgium ended its 10-year streak of consistently failing to reach a major tournament by qualifying for the 2014 World Cup. Fortunes changed for the national squad when Belgium's "Golden Generation" started making appearances. This generation included De Bruyne and Lukaku, who've altered Belgium football forever. They quickly established the Red Devils as a force again by not only making the tournament, but making it to the semifinals where they lost to Argentina.

This is where the timeless handshake of Lukaku and De Bruyne's was born, as Lukaku set up De Bruyne for a dashing put-away to beat the USMNT in the Round of 16. The picture captured the two with outstretched hands, grasping each other as they point to the sky, and it displays everything great about football.

De Bruyne spoke about what the photo of the two meant to him, saying, "That photo is just beautiful: the view, the environment around it, black and white, diversity in the photo. That's what makes it all so beautiful."

The photo illuminates two humans who've come from different backgrounds embracing each other in the moment of victory.

You can now find them doing the handshake through further years of competitions, including the 2016 European Championship and the 2018 World Cup. The latest edition came recently at the 2020 Euros in a win against Finland.

Lukaku and De Bruyne have a handshake. Please that's so cute. #FINBEL pic.twitter.com/Gf7GXkTXkg

As our world continues to be deeply divided on numerous issues, Lukaku and De Bruyne lead by example. Their friendship and chemistry should be everyone's friendship goals, as the duo's bromance is as wholesome as it gets. Their classic celebration is actually not a special celebration but just a handshake between two friends. The duo is so tight-knit that they can even be seen doing the handshake as they line up across from each other as opponents.

The handshake shows a deeper relationship between the two than just being teammates — it reminds me of how pure child friendships can be. The handshake represents how people of different backgrounds and races come together through sports to form a special kind of comradery.

Our society can be extremely divided on important issues, which leads to more pain and suffering in our world. This is why it's important to share and amplify these types of stories of humans coming together. Lukaku even said the Belgium national team "tried to show to the Belgium population we can be unified despite being from different backgrounds and different parts of the population."

I believe this very important picture of the two hands clasped in the sky together is extremely powerful. It shows diversity and love, but most importantly it shows triumph through joining together as humans, something we need to steer back into as a society.