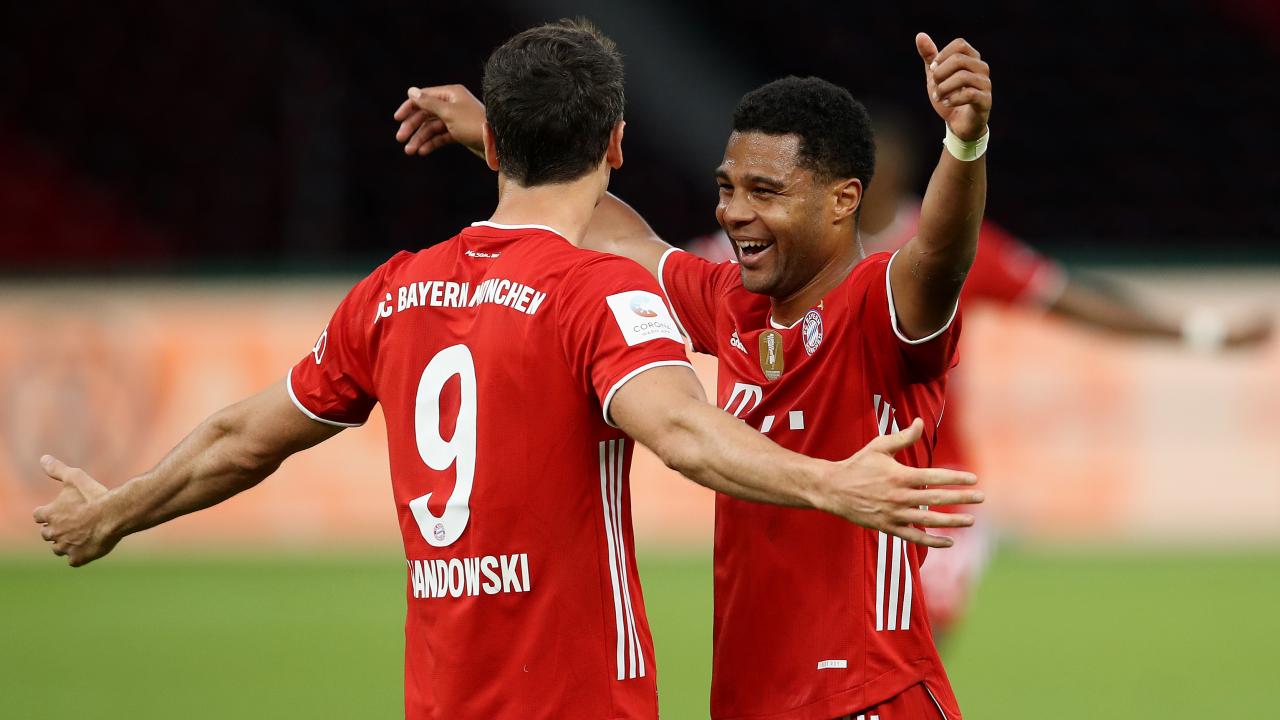 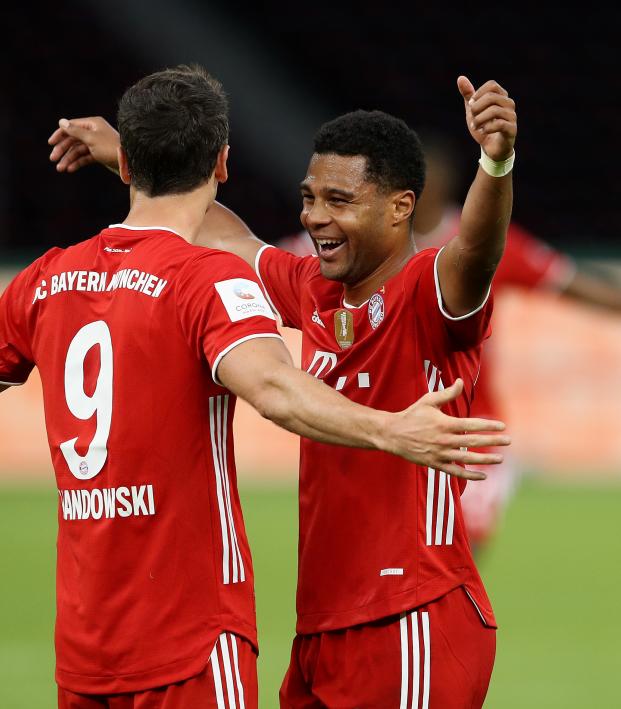 Are Robert Lewandowski And Serge Gnabry The Best Attacking Duo In The World Right Now?

On paper, Bayern Munich scored a secure 3-0 victory against Lyon in the Champions League semifinals Wednesday, but the scoreline does not reflect the true nature of the match.

While Bayern was the better side for periods of the game, Lyon found itself one-on-one with Manuel Neuer on multiple ocassions but was unable to finish.

There where multiple times when you were left thinking, "How has Lyon not scored there?"

On another day, if Memphis Depay scores his breakaway early on, or Ekambi doesn't hit the post minutes before Gnabry's first goal, the result may have looked very different.

The 3-0 scoreline doesn't reflect the quality of Lyon's counterattack, or the frailty Bayern's backline, it demonstrates the finishing prowess of Robert Lewandowski and Serge Gnabry.

The Pole and the German combined to score all three of Bayern's goals on the night, but that shouldn't come as a surprise because they've been the best attacking duo in the world this season.

Their Bundesliga stats alone would be enough to warrant consideration, with Gnabry posting 12 goals and 10 assists in domestic competition and Lewandowski registering an absurd 34 goals and five assists.

But this duo has thrived under the brightest of European lights. In nine appearances in the Champions League, Gnabry has nine goals while Lewandowski has scored 15. The Polish striker has scored in nine straight Champions League matches. Even for a prolific goalscorer like Lewandowski, this is simply ludicrous.

They rank one and two in the UCL in non-penalty goals minus expected goals (highlighted column header on the table below), which measures how well a player has outperformed his expected goals total. No other pair of teammates even ranks in the top 20.

Both players were at their best in a 7-2 demolition of Tottenham in December, as Gnabry scored four times, Lewandowski twice, and both received 10/10 ratings from WhoScored.

The duo was in fine form again against Lyon, and Gnabry opened the scoring after 18 minutes when he dribbled in and unleashed a thunderbolt with his week foot.

Gnabry nabbed Bayern's second as well when he cleaned up a bumbled Lewandowski attempt inside the six-yard area. That's two first half goals in a Champions League semifinal for a player who was once considered not good enough for West Brom.

How many other players can keep Philippe Coutinho on the bench in such an important match?

Lewandowski rounded off the scoring in the waning minutes of the match with a typical headed finish off a free kick from Joshua Kimmich.

We couldn't have a Bayern Munich @ChampionsLeague match without a goal from that man.

Lewandowski does it again. pic.twitter.com/93x9rO4M7D

The mark of an elite attacker is the ability to make something out of nothing, and both players demonstrated their expertise in this match.

While other attacking duos have performed well this year, no pair has executed at the level of Gnabry and Lewandowski.

Raheem Sterling and Kevin De Bruyne were dominant in the Premier League, where De Bruyne had 20 assists and Sterling had 20 goals. But De Bruyne only had two goals and two assists in the Champions League and Sterling had that miss against Lyon and several other key misses in Man City's UCL quarterfinal.

Lionel Messi and Luis Suarez were also a formidable tandem this year, as Messi had a 20/20 season in LaLiga, while Suarez contributed 16 league goals. But both are 33 years old and simply don't offer the same attacking threat as in years past. Messi would also be disappointed with just three UCL goals this campaign.

Mbappe (18 goals) and Neymar (13 goals) ranked first and fifth in scoring in Ligue 1 this past season, but both are ranked among the worst under-performers when it comes to expected goals in the Champions League. Mauro Icardi has arguably been PSG's best finisher in the UCL, while Angel Di Maria has often out-played Mbappe.

Here are Neymar and Mbappe's finishing stats in the Champions League this year, of 692 qualifying players, as well as some other top superstars who didn't make the cut. Neymar is ranked 653/692 in non-penalty goals minus expected goals, while Mbappe is 683/692. Yikes.

They say the real stars come to play in the Champions League, and while many big names have failed to perform, Robert Lewandowski and Serge Gnabry have risen to the top.

With the most dangerous attacking duo in the world at its disposal, Bayern Munich will be aiming to win its sixth Champions League final this Sunday against PSG.