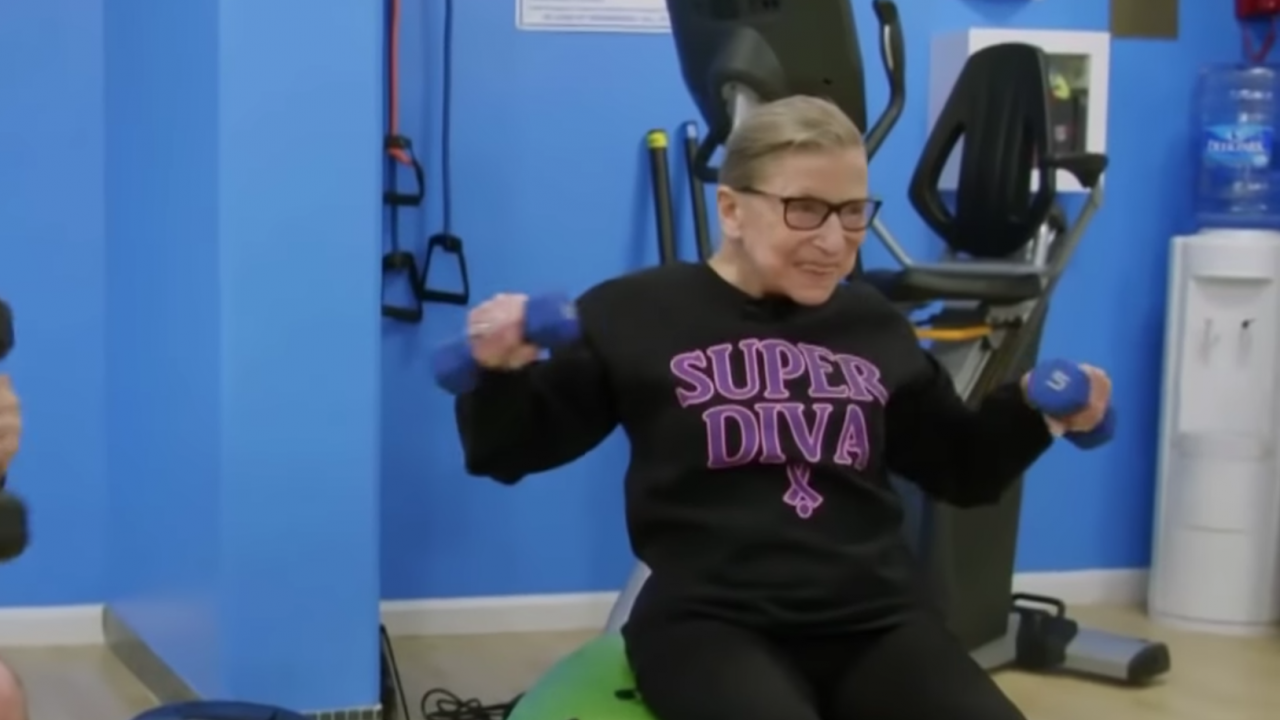 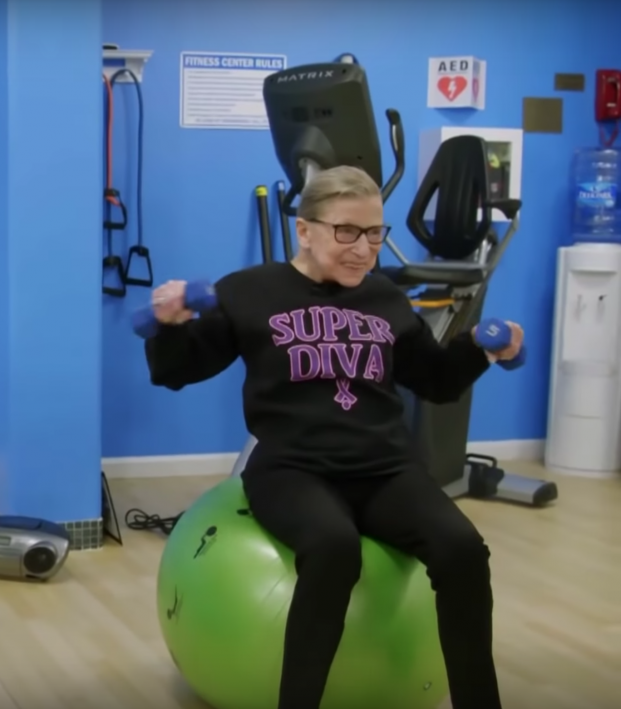 Ruth Bader Ginsburg is probably America’s greatest badass. A lifelong fighter for women’s rights who joined the Supreme Court in 1993, she’s fought off cancer more times than you’ve fought off the urge to eat that last slice of pizza.

At 86, she’s doing her best to stay in shape, despite being diagnosed with cancer three different times (colon, pancreatic, lung). RBG’s biweekly workouts are no joke, as Stephen Colbert found out last year. Honestly, she works out more than I do and probably 90 percent of politicians in DC.

Regardless of whether or not you agree with her decisions on the country’s highest court (Supreme Court justices are apolitical, or at least they’re supposed to be), you have to be impressed with RBG’s fight.

Now, USWNT fans have another reason to like the Notorious RBG.

This week it came to light that Ruth Bader Ginsburg wears a Becky Sauerbrunn jersey while working out. In particular, it’s the Sauerbrunn jersey she wore in the SheBelieves Cup against England, when USWNT players chose inspiring women to wear their names on the back of their shirts.

RBG was given the jersey after the match. On Friday, Sauerbrunn tweeted out a note RBG sent her and the USWNT, thanking them for the jersey.

“The jersey will be my favorite for the biweekly workouts that keep me in shape,” Ginsburg wrote.

Now we want to know what other Supreme Court justices wear for their workouts. We bet Brett Kavanaugh wears a Wayne Rooney kit.