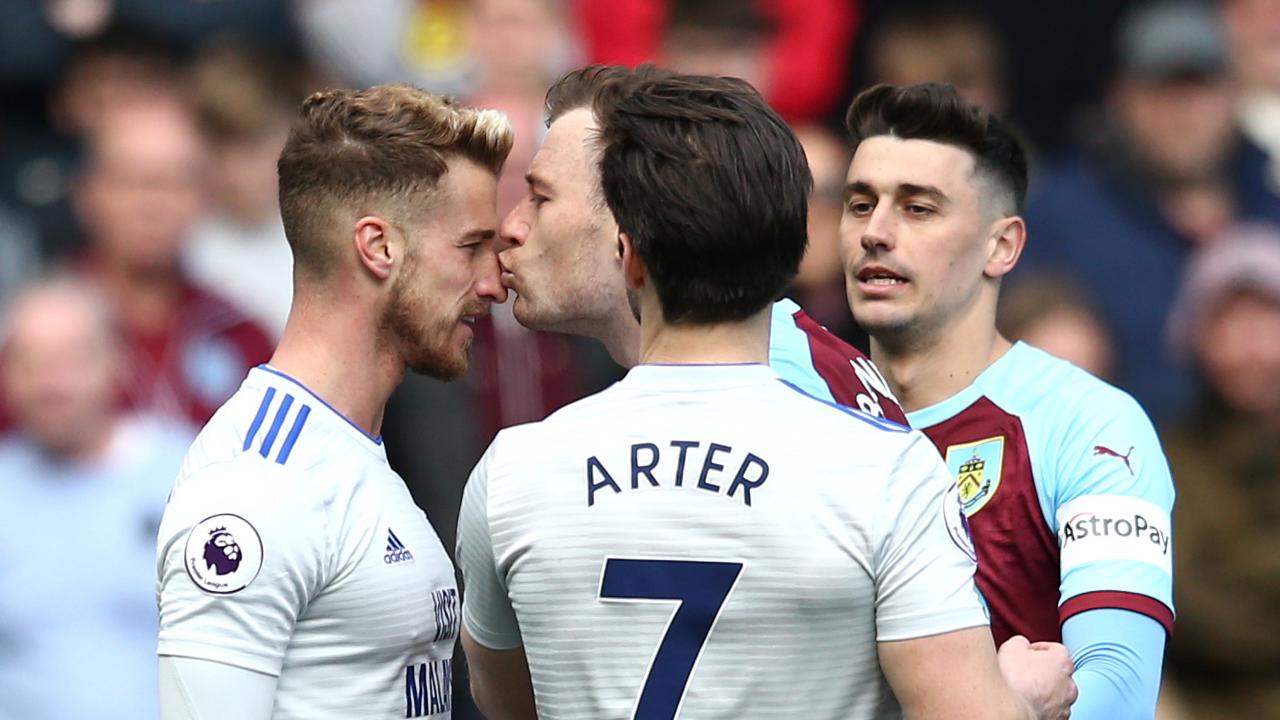 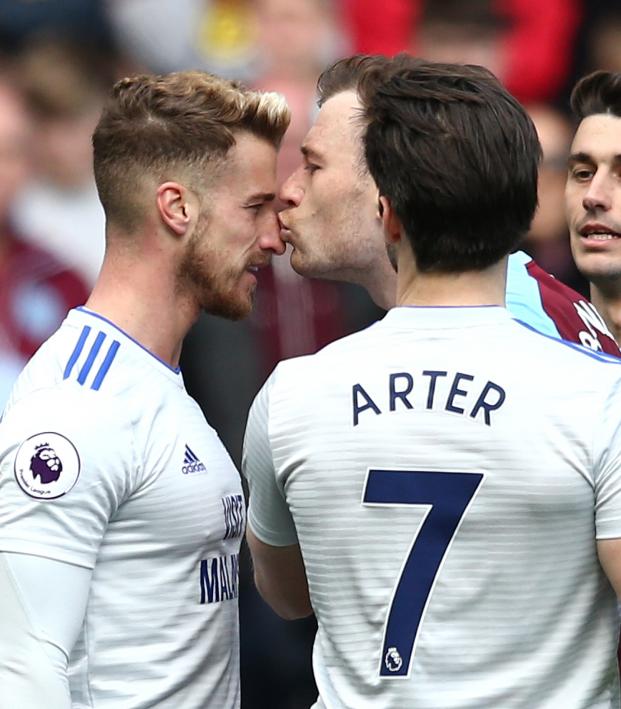 “The game has gone completely when you’re booked for kissing,” he said.

Barnes, a Burnley forward with double-digit Premier League goals this season, went into referee Mike Dean’s book just before halftime in a 2-0 win over relegation-threatened Cardiff City on Saturday.

The incident followed Cardiff’s Joe Bennett tugging Barnes down from behind, a clear yellow card.

But in addition to booking Bennett, Dean showed Ashley Barnes yellow after the two momentarily clashed head to head.

Does a kiss deserve a yellow card? Or was it the second kiss?

You could easily argue it’s unsporting to get into someone’s personal space like that, in the same vain as spitting on someone. I wouldn’t go so far as to call it sexual assault like a certain U.S. president has admitted to doing, but the lack of a no doesn’t mean consent to kiss someone.

But at the same time, it’s a kiss — a romantic gesture.

We should say, it’s quite possible Dean issued the Ashley Barnes yellow because the Burnley player appears to kick out at Bennett as he was bundled over. It’s subtle, but clear to anyone who’s been in that situation before and maybe we should give Dean the benefit of the doubt that he’s not being homophobic.