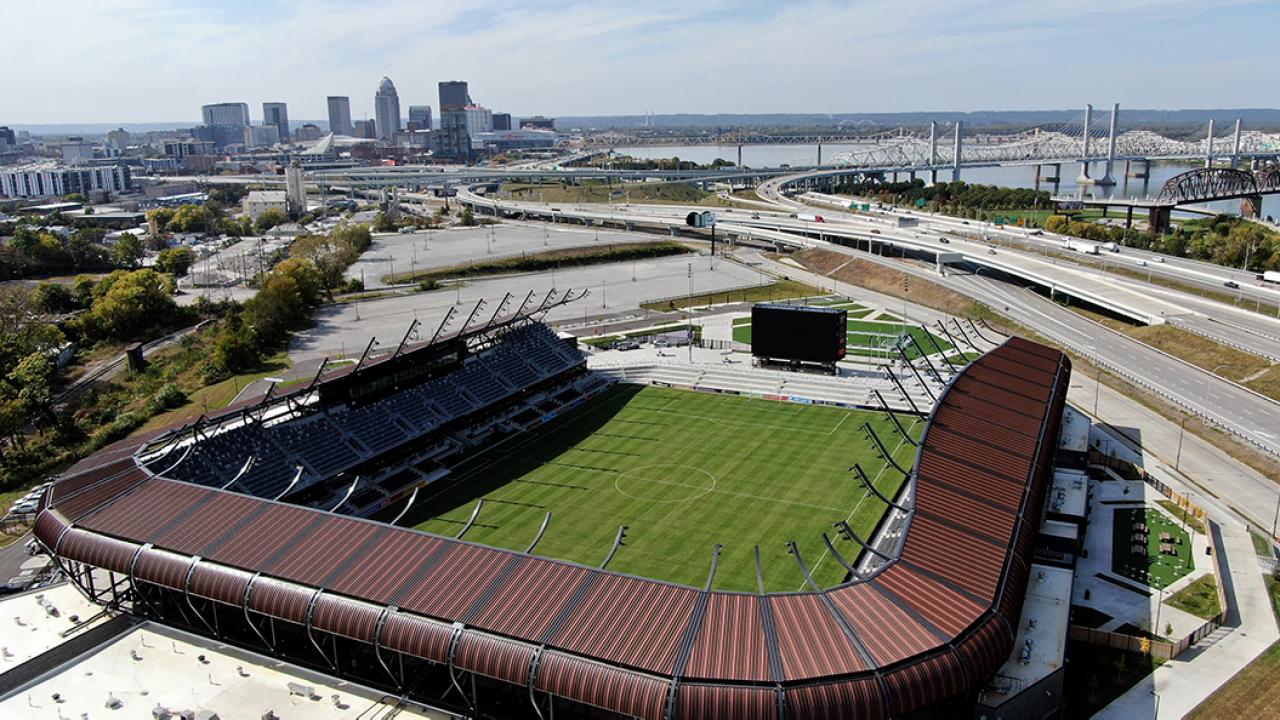 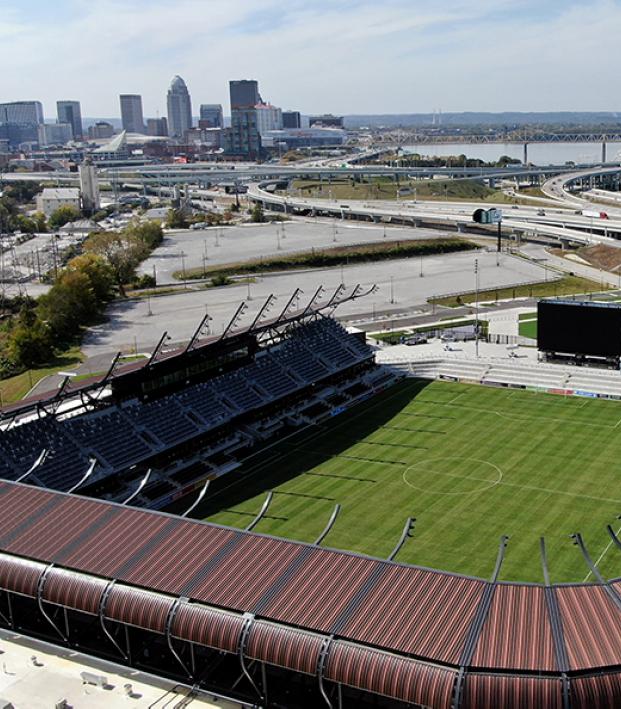 Historically speaking, there’s only ever been one correct answer to the question of a dream away day in the National Women’s Soccer League. As well as producing the sort of football that’s landed two NWSL championships, the Portland Thorns boast the division’s best atmosphere with an average attendance (we have to go back to 2019 to look at such things) of over 20,000 at beautiful Providence Park.

But I believe Portland has been usurped for three reasons: views, horse racing and bourbon.

Racing Louisville FC begins play in the NWSL this season, and they’ll do so within the lovely confines of the Lynn Family Stadium on the banks of the mighty Ohio River.

On the pitch, Louisville faces the traditional problem that greets any expansion club — there’s not a lot of depth. According to the team’s official website, the roster only includes three midfielders at the moment and one is a rookie. But USWNT defender Emily Fox was selected with the No. 1 overall pick of the 2021 NWSL Draft, and there’s further international experience in Jamaica’s Cheyna Matthews, Japan’s Yūki Nagasato and the great Savannah McCaskill.

Louisville also has the playing rights to both Tobin Heath and Christen Press, but they'll play for Manchester United until May before deciding on their future (as well as representing the USWNT at the Olympics).

But back to the argument at hand. 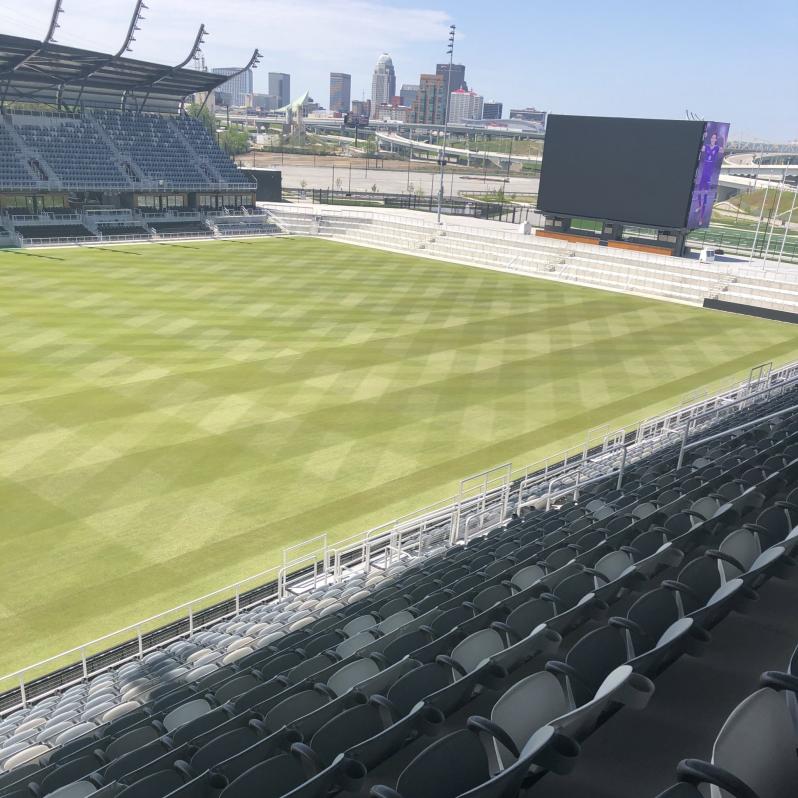 The view of the downtown skyline from inside the stadium. Photo: @howielindsey | Twitter

Lynn Family Stadium is spectacular. Despite being limited to a capacity of 15,304, the venue — which is cohabited by Louisville City FC of the USL Championship — has everything. One end of the stadium has a massive safe-standing supporter section that holds almost 4,000, whereas the opposite end has been thoughtfully left open (although there’s a 72-foot bar and 40-by-72.5-foot video screen there) to present a stunning view of the downtown bridges over the river.

You also get a great view of the stadium when driving by on Interstate 64, ensuring that Racing will constantly be on the mind of Louisvillians.

The $65 million soccer-specific stadium is absolutely perfect for NWSL play, so Louisville can avoid the cavernous feeling of Sky Blue games inside the 25,000-seat Red Bull Arena but provide more of a raucous atmosphere than the 6,500-seat Cheney Stadium that OL Reign calls home. 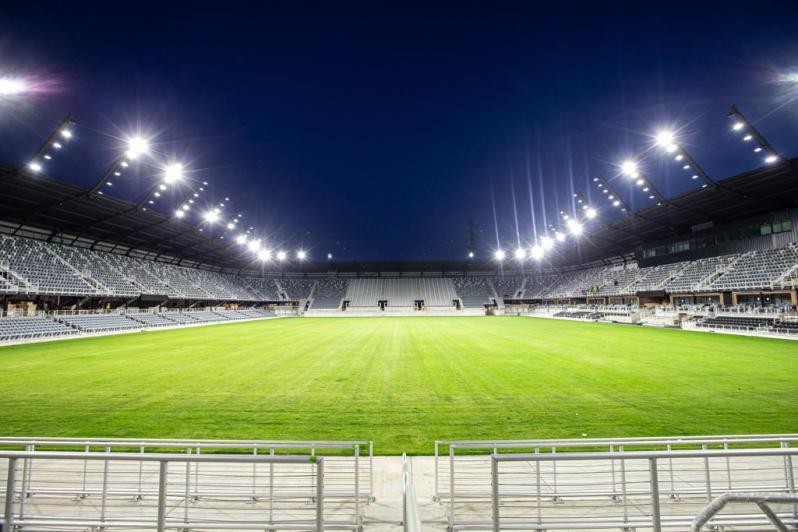 Looking out on the pitch and the safe-standing supporter section.

There’s also a $15 million, 30,000 square-foot training center being built near the stadium that will be the home of both Racing and Louisville City.

The club’s name is a reference to Louisville’s world-famous horse racing, including the Kentucky Derby at Churchill Downs. Who wouldn’t want to visit the racetrack and place a few win, place and show bets while sipping on a traditional Mint Julep?

Also, the Racing badge is beautiful — as you’d expect from anything designed by Matthew Wolff (the man behind every celebrated piece of soccer branding over the last four years) — so you’re leaving town with a nice half-and-half scarf.

Before settling on Racing, the preliminary name for the club was “Proof Louisville FC,” which I believe was harshly cast off, although the exterior facade of Lynn Family Stadium takes its inspiration from a bourbon barrel. 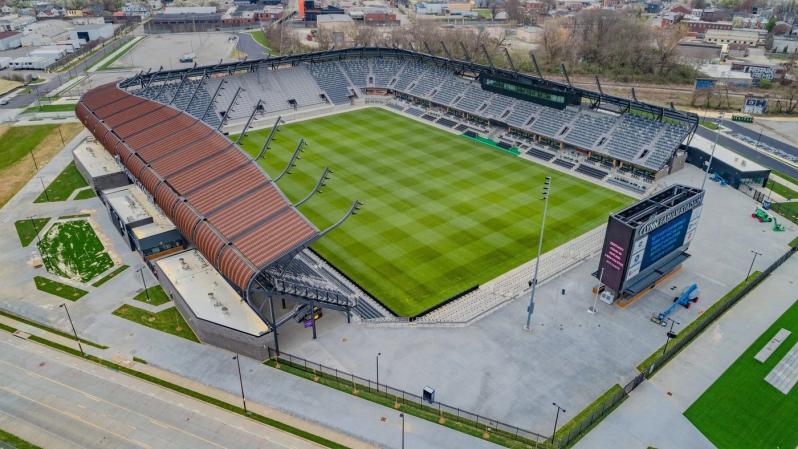 Once I get this needle jabbed into my arm, I'll see you in Louisville.