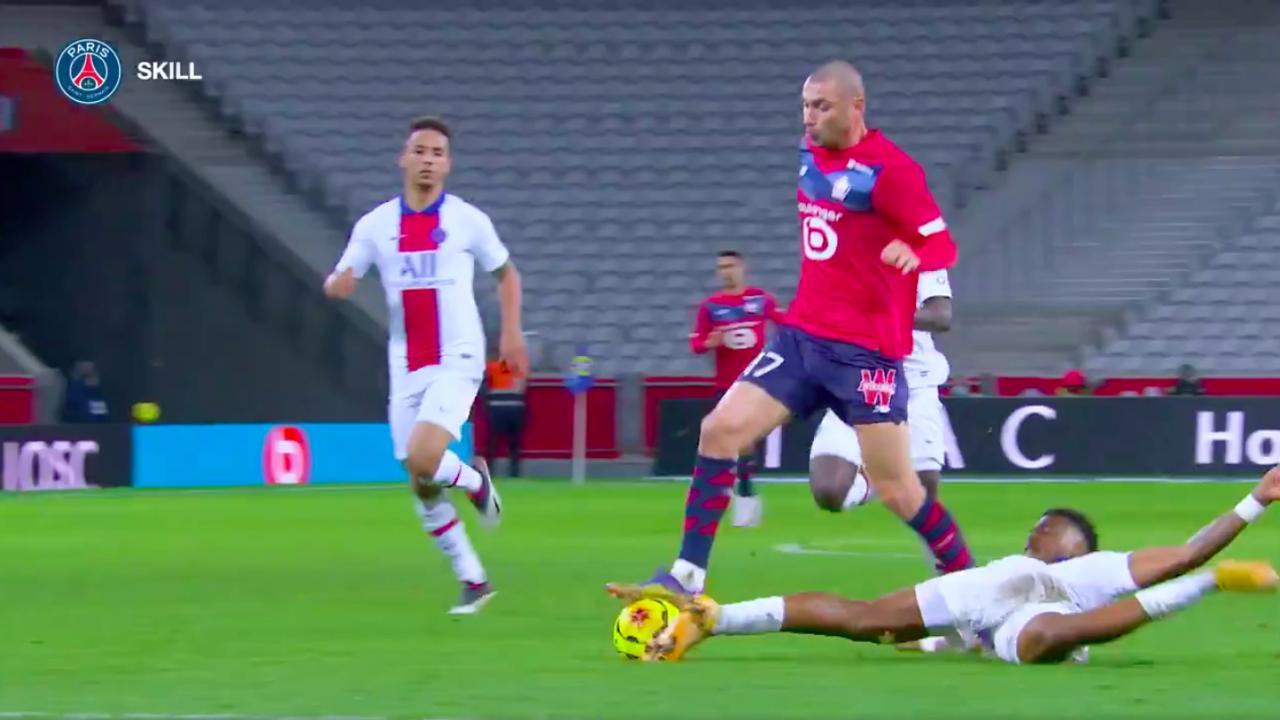 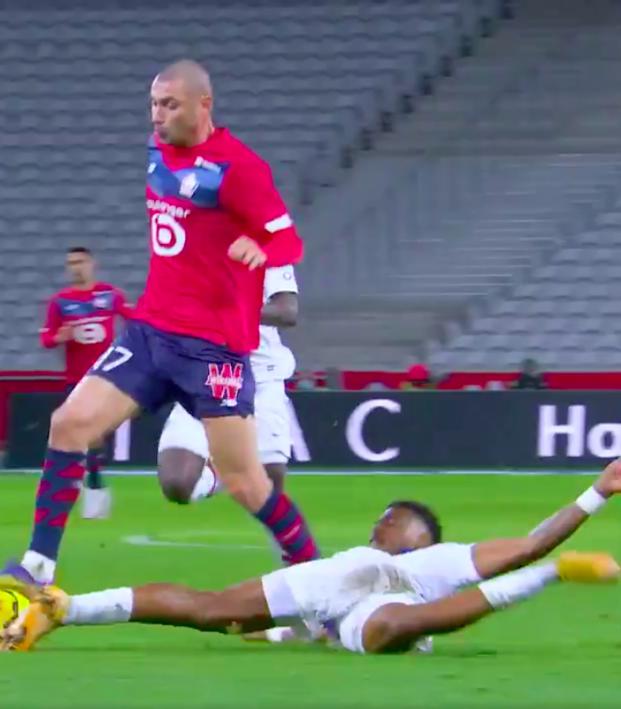 In the 79th-minute of Sunday’s top-of-the-table clash between Lille and Paris Saint-Germain in Ligue 1, a PSG corner kick quickly transitioned into a Lille counterattack going the other way. Faced with a four-on-one, center back Presnel Kimpembe produced one of the most spectacular tackles you’ll ever see.

After drifting toward Timothy Weah on the ball, Kimpembe quickly reacted to his pass inside, read Burak Yılmaz’s intention and acrobatically put an end to his run on the stretch — Kimpembe obliterated him with the toes of his left foot.

An INCREDIBLE tackle from @kimpembe_3

Describe this tackle in word? pic.twitter.com/M78tT8MWY1

If that looked unnaturally superhuman to you, that’s because it was: Kimpembe injured himself and was immediately taken off after completing that pass from the ground.

“Yes, it was the only time we lost the structure to control the opposing counter-attacks,” PSG manager Thomas Tuchel said of Kimpembe’s tackle. “It was also my fault because I had made changes before a corner. I am also responsible for that because he was injured after this action.”

PSG had a recovery session on Monday, but an update on Kimpembe’s injury isn’t expected until Tuchel gives his press conference on Tuesday ahead of Wednesday’s Ligue 1 match against Strasbourg.