Twitter Does Not Speak Fondly Of Peru Coach Ricardo Gareca, Or Is That Steven Tyler 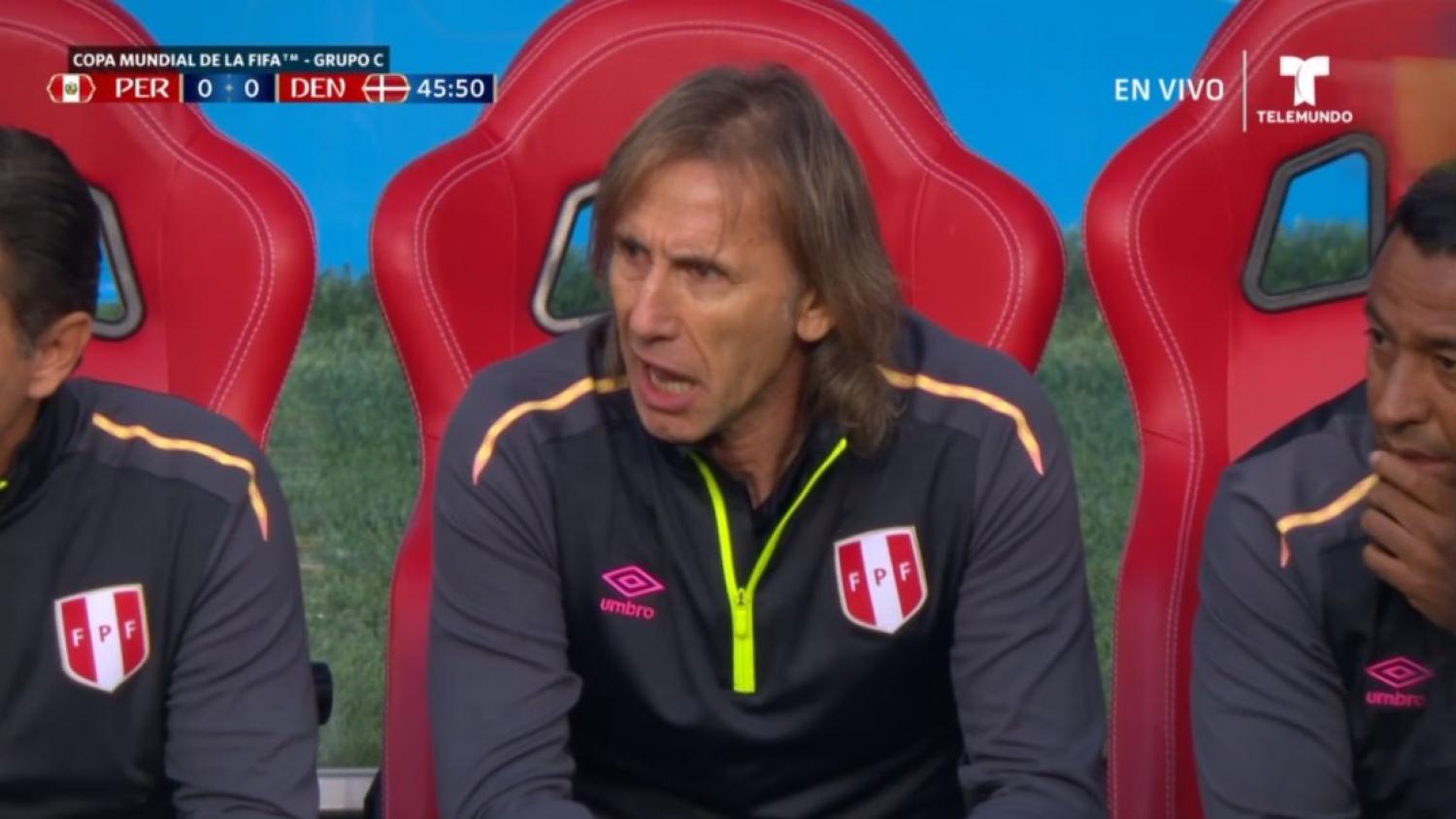 Consider Peru coach Ricardo Gareca the foil to Morocco coach Hervé Renard. As much as Twitter loved Renard on Friday, the lovely people of the internet were not so kind to Gareca on Saturday.

Renard was the lone bright spot for his country in a disappointing 1-0 loss to Iran on Friday, winning fans over across the globe with his undeniably good looks.

But for as much as Twitter heralded the Morocco coach, the Peru coach was ripped apart for his appearance.

Peru was playing in its first World Cup match since 1982. The Peruvian fans were amazing, perhaps usurping Iceland for the most entertaining fan base.

But all Twitter wanted to talk about was the Peru coach. It didn’t help when Fox announcer Jorge Perez Navarro said Gareca looks like Aerosmith front man Steven Tyler.

When you coach Peru at 7:00 then have a gig to play for Aerosmith at 10:00 #WorldCup #PER pic.twitter.com/FvFDqagklG

Unfortunately for the Peru coach, the comments didn’t stop at Steven Tyler comparisons.

Glad to see Peru’s coach taking a break from his regular role as “bad guy’s sidekick” from every Die Hard movie. pic.twitter.com/aXbFHE6pOa

Is it me or does the head coach of Peru look like Viktor from the movie Underworld? #PERDEN #WorldCup pic.twitter.com/7StQT2NLw4

So Iggy Pop is now the coach for #Peru then? #PERDEN #WorldCup pic.twitter.com/2Rm7nWtC7p

Didn't the head coach of Peru used to be a female Tennis Player ? #MartinaNavratilova pic.twitter.com/THY7dLJoba

If Peru coach Ricardo Gareca goes on Twitter after the match today, this will probably be his reaction.

LMFAO bro, the Peru coach's reaction to Cueva missing that penalty has me weak  #WorldCup pic.twitter.com/jOMYRiewzY