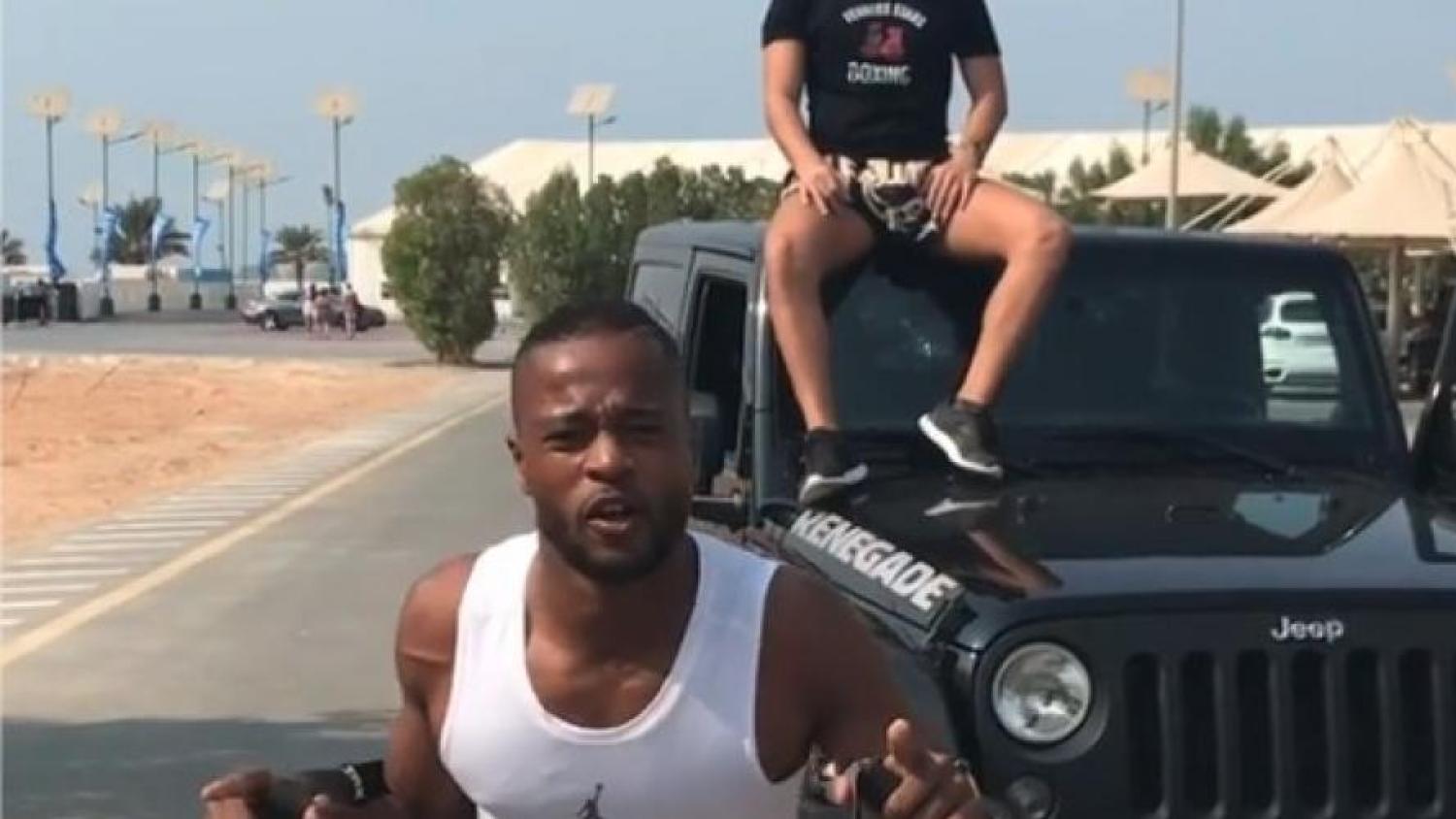 Patrice Evra has been banned from UEFA competitions for seven months and let go by Marseille for assaulting a fan, so now he's going a different direction.
@OuestFrance | Twitter

Patrice Evra has a lot of downtime now that he's not playing soccer professionally for anyone. Evra was released by Marseille after assaulting a fan prior to a Europa League contest. He was also handed a ban from European continental competitions.

So what's Evra to do with all his free time? The answer is obvious: harness himself to a Jeep in what appears to be Dubai and pull it. PULL IT.

Maybe Evra is actually tethered to the Jeep, so he can't run off all of a sudden and try to kick people in their faces. He can still get where he's going, just much, much slower. This arrangement is probably safer for everybody.