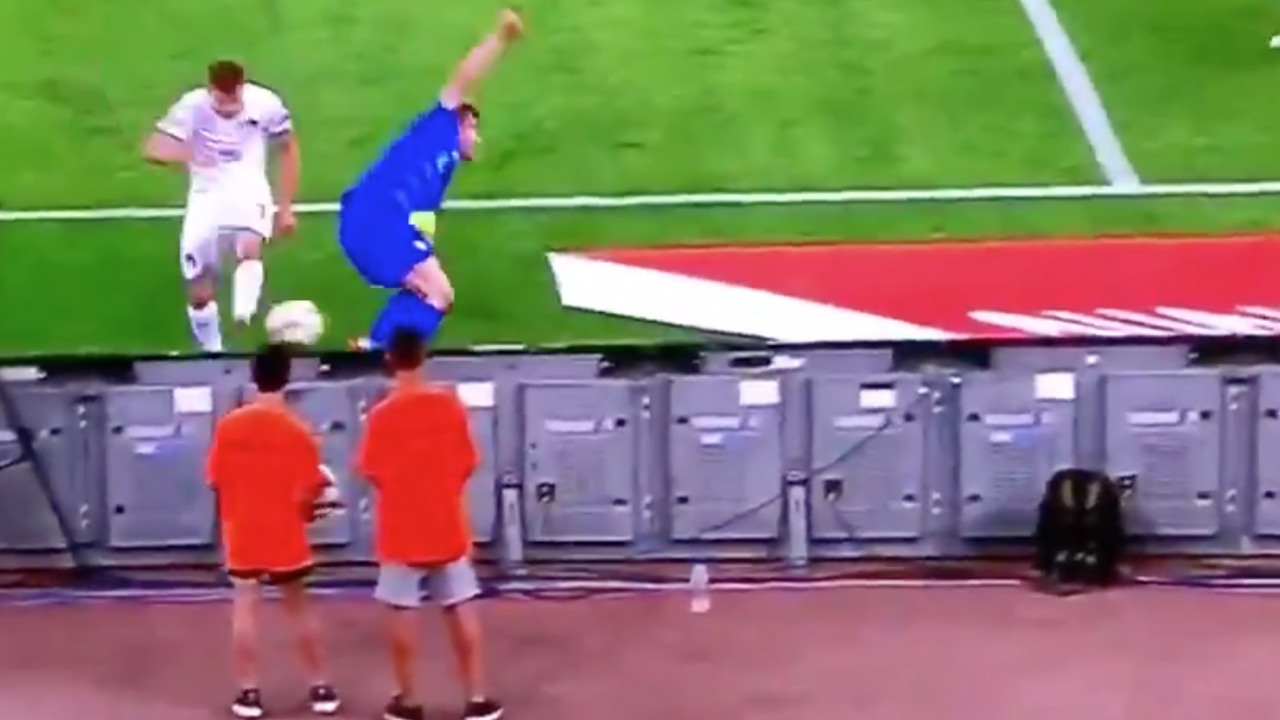 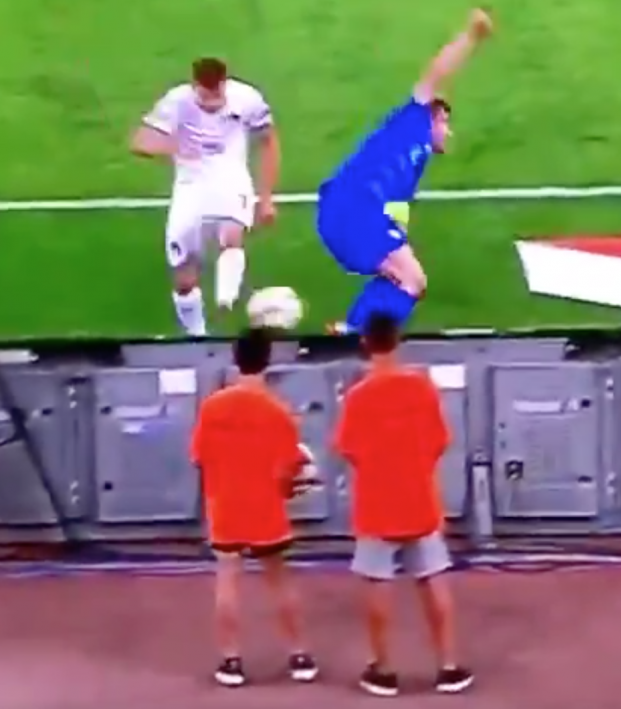 Italy traveled to Athens to face Greece in Euro 2020 qualifying on Saturday. Nicolò Barella had himself a game to remember, for a couple reasons.

Italy beat Greece 3-0 to stay atop Group J, with Barella netting the opener. Before that though, he accidentally smashed a ball boy with a misplaced kick.

Early in the match, Barella was upset about letting the ball go off him for a goal kick when he could’ve won a corner. In frustration, he tried to kick the ball off the advertising boards just off the pitch.

Instead, he kicked the ball off the face of a poor ball boy.

To his credit, Barella immediately went to check on the ball boy, who seemed to be OK (kids are remarkably resilient, but hopefully he was checked for a concussion).

Not long later, Barella smashed the ball in the correct direction, netting Italy’s first goal in the 23rd minute.

The goal was the second in six caps for the 22-year-old Cagliari midfielder.

Lorenzo Insigne and Leonardo Bonucci scored in the 30th and 33rd minutes, respectively and Italy dominated 70 percent of the possession in the victory.

The Azzurri will host Bosnia and Herzegovina in more Euro 2020 qualifying on Tuesday at Juventus Stadium in Turin.