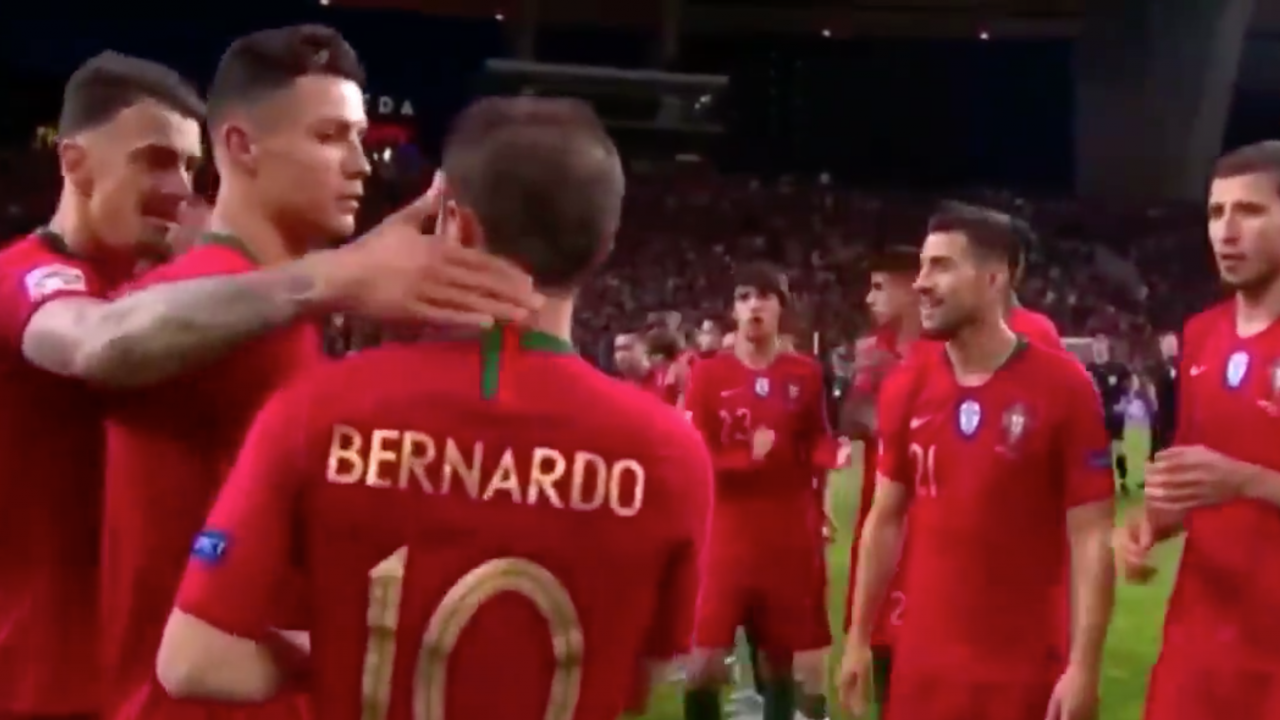 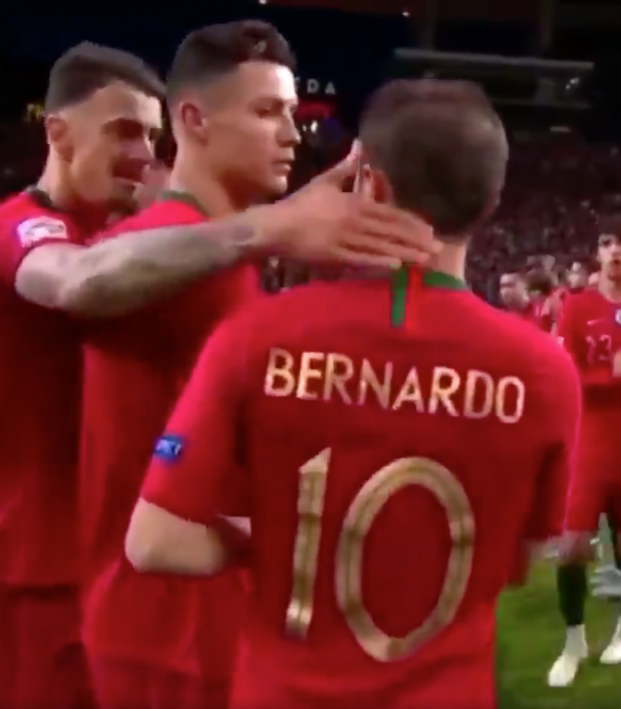 While Portugal’s national team was for the most part all smiles during the trophy ceremony after its 1-0 Nationals League Final win over the Netherlands on Sunday, one player couldn’t hide his disappointment when it came to individual awards.

The Twitter-verse seems to have caught Cristiano looking noticeably frustrated as teammate Bernardo Silva was announced as player of the tournament instead of himself, with cameras catching the Portuguese striker looking off into the distance as Silva is embraced by the rest of his team.

Ronaldo certainly has a case for the award, having scored a hat trick to put Portugal into the final, but it’s not as though Silva was undeserving. The talented midfielder created 16 chances in the tournament, the most of any player, and notched two assists, including the game-winning assist in the final.

Guedes and Bernardo yesterday were phenomenal, the directness from Guedes and the skills from Bernardo. Then you have Ronaldo as the player constantly finding space behind. All 3 of their attributes played a part in the goal too, great balance in attack. pic.twitter.com/5UAnSk7UMO

Unsurprisingly, Ronaldo still managed to grab some extra silverware, with his one-touch smash against Switzerland winning goal of the tournament. In fact, Ronaldo may have done the most Ronaldo thing of all time by coming in first, second and third place for the award.

@SOCARofficial Goal of the Tournament

With young talents like Bernardo Silva and Bruno Fernandes bossing the midfield and an ageless Ronaldo hungry to win every trophy imaginable, one has to consider Portugal one of the favorites for the 2020 Euros.