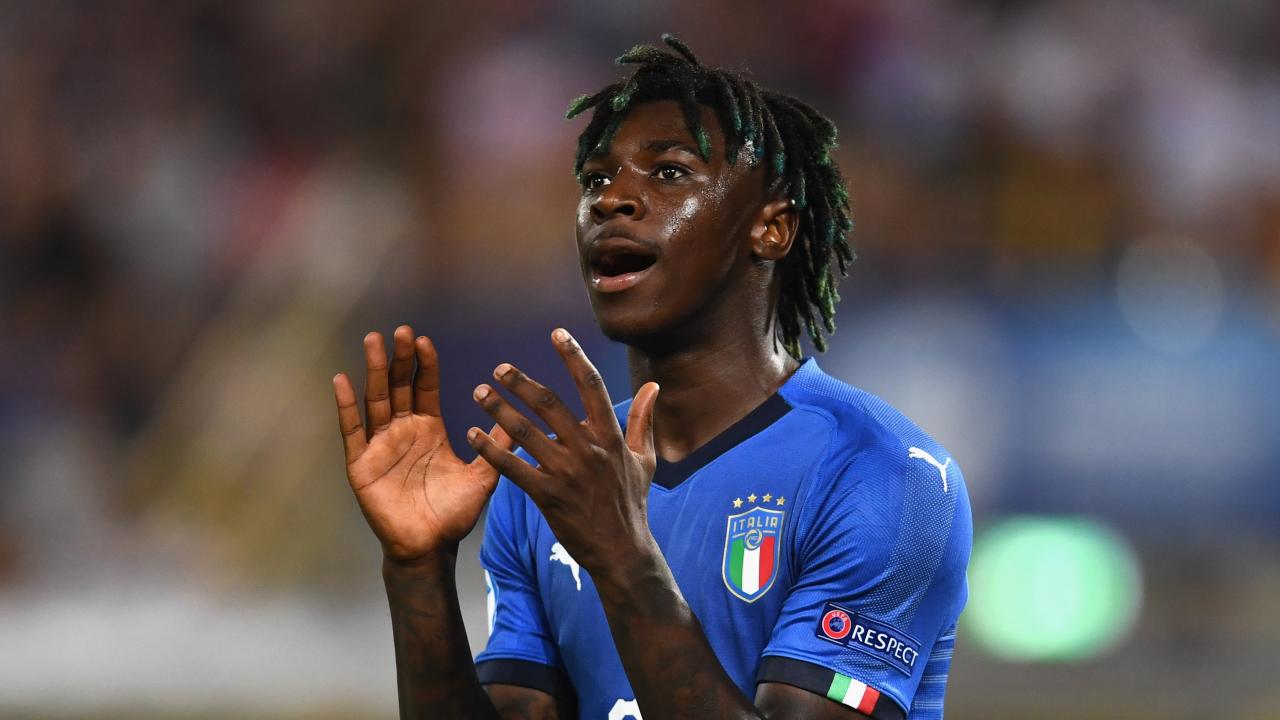 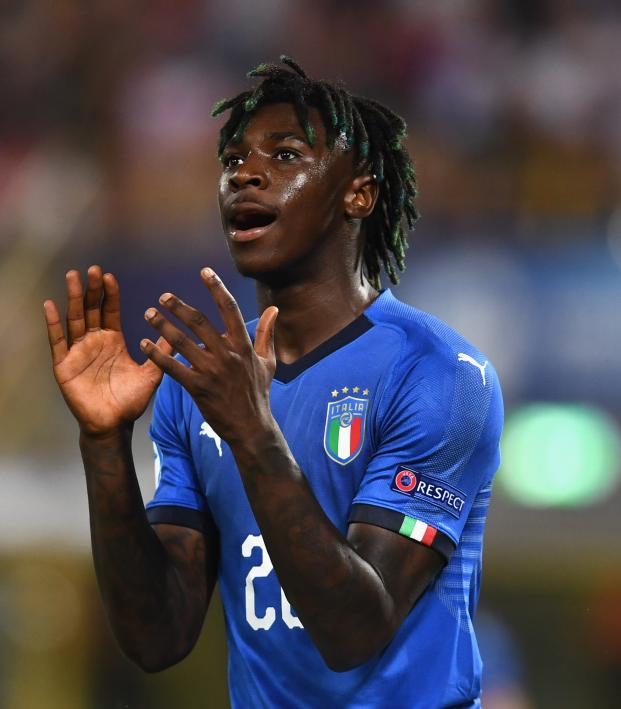 The Most Exciting Player On Each Premier League Team This Season

Who else is counting down the days until the Premier League begins? I know I am. With a wealth of talent in the league, it’s hard to know which Premier League players to focus on.

Some players on this list of those to watch are newcomers to the league, others are looking to follow up breakout seasons. Here are the Premier League players you should watch this season.

Nicolas Pepe is now Arsenal’s record signing at $87.6 million, and he has high expectations. Even with an attack that includes Pierre-Emerick Aubameyang and Alexandre Lacazette, he will be expected to score his fair share of goals while also provide some from that right wing. He brings speed in abundance, and after a season with 22 goals in Ligue 1, he will excite.

The creative midfielder had himself quite a season in the Championship. He has matured well in his past couple seasons with Villa as well as put on some weight to help with the physical side of his game. With England manager Gareth Southgate saying that Grealish will need time to prove himself with the big boys, it will be interesting to see how he responds. Embed from Getty Images

He was Bournemouth's breakout star last season with seven goals and 14 assists and will be looked upon to replicate that form to help Bournemouth improve on its 14th-place finish last season. We should be looking forward to seeing if he can match his form or better it in a team that looks to inch closer to the top 10.

Although he is coming from the Belgian league, it’s hard to ignore the winger’s stats from last season. He can drop deep, glide anonymously into central areas and make intelligent runs from out wide. From a side in Brighton that scored the lowest tally of goals outside of the bottom three, he will be looked upon to help out and bring some excitement back to AMEX Community Stadium.

He signed a contract extension with Sean Dyche’s side in January, and clubs are hovering after his first successful season in the Premier League. When Juventus is watching the progress of a player, you know he has something special. He was a crucial part of the resurgence in form for Burnley, making him an important player in the eyes of Dyche. He will likely have a full season with a larger role, which means a whole lot more time to make a difference.

This is a fairly obvious choice, especially for those here Stateside who haven’t had the chance to watch our American star as much as they would have liked while he was with Borussia Dortmund. His season wasn’t overwhelming with the German runner-up, but he will be a prominent feature with Frank Lampard and Chelsea, hopefully showing everybody in the Premier League what he’s about.

When he first signed with Palace, he was supposed to be one of the next big products from Germany, but it hasn’t quite worked out. I’m going optimistic with him this year; who says it won’t be his season? He showed that he has got talent and potential with Schalke 04, and this could just be the year he steps into the spotlight at Crystal Palace, for the right reasons.

Why Juventus let this kid go is still astonishing to me. He is one of Italy’s brightest young stars and scored some important goals for the Italian champs. A move to Everton will put him in a much better position to start week in and week out, likely putting Richarlison back out to the wing for maximum efficiency. He averaged almost a goal per game while in Juve’s youth system and is set to make a splash this year.

This season will be his first full season in the Premier League, and he has already showcased why he is viewed so highly by big clubs around Europe. Leicester got a real steal with this transfer, and he could be the deciding factor that puts Leicester back into Europe with a sixth place finish.

The attacker had a fine preseason and was promised an important role for Liverpool this upcoming season. There isn’t a whole lot of quality to give its prolific front three a rest — enter Rhian Brewster. If he can stay free of injuries, expect an exciting season from an exciting talent.

It seems this is the name that pops up every year for City, thinking “this will be his year, the year he gets a significant role.” While he did get more game time this past season and scored a crucial goal against Tottenham to keep City’s title hopes on track, it wasn’t quite what most would have imagined. However, David Silva is likely going to be used in a lesser role this season being that he is 33 combined with Pep’s demanding style of play, and I would back Foden to step up into a much more significant role.

Signing from Swansea City, the winger has made an instant impact. Although that should be taken with a grain of salt, like most preseason stats should, the fact he featured in all three of United’s ICC games suggests that he will get game time, especially if Romelu Lukaku leaves before the window is closed and Marcus Rashford is used up top as the striker.

A Brazilian striker who Newcastle hopes can be a replicate to Roberto Firmino, Joelinton comes to Newcastle with a little less top-tier experience but should be just as exciting. Another big frame up top and an unselfish attitude working with his back to goal, he should be somebody to keep tabs on.

Pukki was absolutely electric with Norwich last season, netting 29 times and assisting another nine. The big question he will face, as with all forwards making the jump from the Championship to the Premier League, is can he translate those numbers against better defenses?

On loan from Manchester United, the keeper kept 21 clean sheets last season with the Blades and was voted United’s young Player of the Year. It was rumored that even Juventus and Bayern Munich were monitoring his progress throughout the season before he assured another stay with Sheffield. The keeper will be looking to prove himself once again this season as he tries to make himself the England U-21 squad No. 1.

He might be an unknown name now, but this season could be big for him. He made three appearances last season with Southampton and has been tipped to make a much bigger impact in the team this year around. He is a box-to-box midfielder with bundles of energy and is the next big name to come out of the Southampton academy after Gareth Bale and Alex Oxlade-Chamberlain.

Already in preseason, the former Lyon midfielder has looked a class signing. He has added some dynamism into the midfield and already added an assist in three matches. Playing in a deeper role, likely in place of Moussa Sissoko, he will allow the creativity of Christian Eriksen and Dele Alli to do their thing while he does more of the defensive work with a bit more mobility than the midfield is used to. Spurs will be hoping he can run the midfield against Premier League opponents the way he did against City last season in the Champions League.

This was the obvious choice for Watford, as he played in 30 games last season, scoring 10 times and assisting five. He makes life difficult for opposing defenders and gets into good positions. On top of all this, his dribbling and speed allow him to beat defenders to cause danger. Should be another exciting season from the former Barcelona youth product.

West Ham has been crying out for a consistent striker in the past seasons, and after shelling out a hefty fee, it might have just got its man. The physically imposing forward is great at dragging defenders out of position, while his height allows him to make an impact in the air. Pace, touch and strength — he seems to have what it takes to make it in the league, and the Hammers fans will sure be hoping that is true.

“It was nice to see that there were a lot of supporters here for us at this game. It was a great atmosphere” - @sebastien.haller

Already with a goal in the Europa League in two matches, he will look to have another incredible season as Wolves push the top-six bubble. It took time for the midfielder/forward to adapt to the Prem last season, but I would be willing to bet he hits the ground running from the start after the second half of the season he had last year. Alongside Raul Jimenez and now Patrick Cutrone, he will once again be instrumental to Wolves’ success this season.