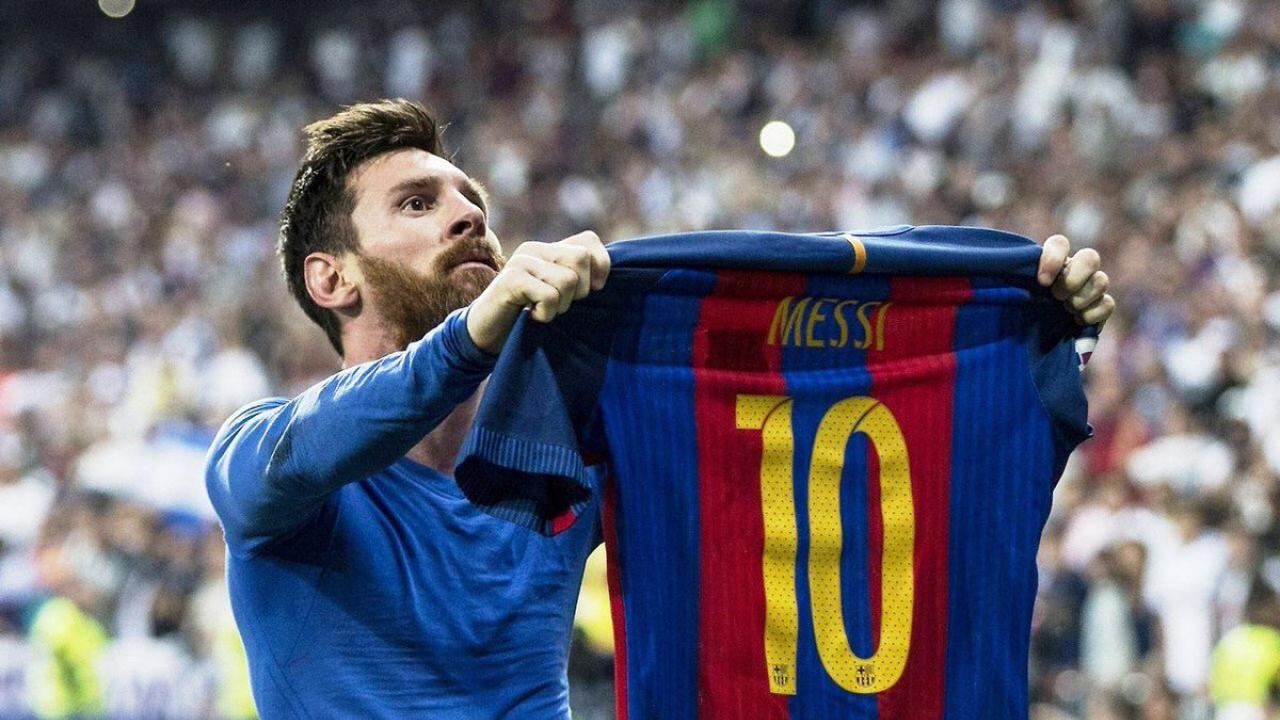 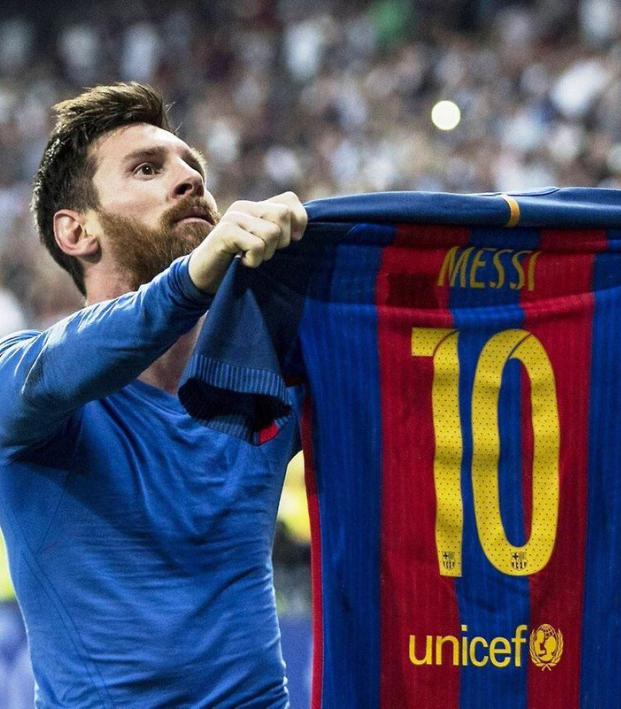 Lionel Messi's best goals are a feast for the eyes. He is not a force of nature; he is supernatural, mercurial...pure magic.

Fans of great soccer — even if they root for Real Madrid — are amazed and cannot get enough of Messi. Be it his goals, dribbles or out-of-this-world training routines, "La Pulga" is simply too good to miss.

If you didn't know Messi and someone described to you, in a distant future, his best goals, you probably wouldn't believe it. So as to document his life and times, meant here as an eternal tribute, we remember Messi's best goals. Man, was it difficult to choose. There are just so many that didn't make the list. And yet, the goals featured here are so electric your screen is likely to go up in smoke. 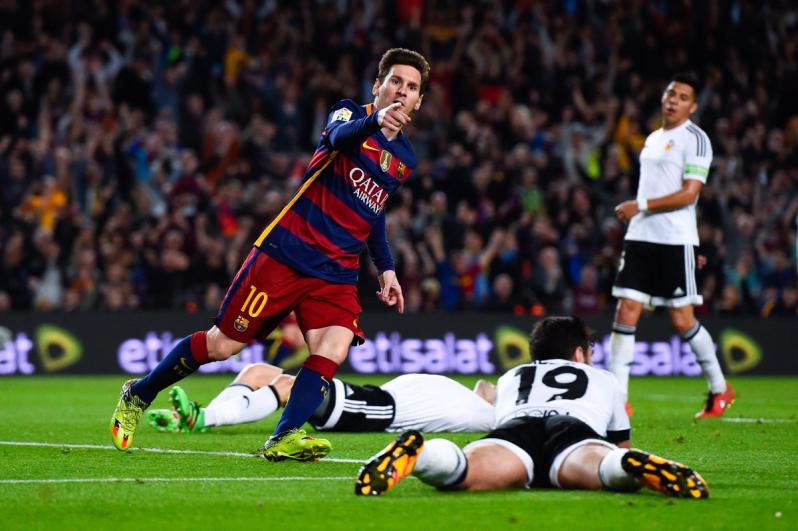 It was 2015 when Barcelona and Athletic Bilbao faced each other in the Copa del Rey final.

Almost at the midway line, close to the sideline, Messi takes hold of the ball. In some way that escapes all rational explanation, he manages to make it past three defenders.

Inside the 18-yard box, he leaves one more defender behind.

He shoots and beats the goalkeeper. Golazo.

Goal of the Day!

When Leo Messi destroyed Athletic Bilbao by himself #ForçaBarça pic.twitter.com/gpkPJVDrIm

You'd think Zlatan Ibrahimovic would be the Barcelona player most likely to physically outplay opponents at this time. He's so tall and strong, right?

Well, just look at the Flea. Tiny Lionel Messi struggles with a defender much bigger than him but somehow manages to win the ball.

Then it's clear for everyone to see. Messi runs straight towards goal, dribbles past one, then past another. He even dribbles twice past a poor Zaragoza defender, who could not possibly be more humiliated.

But then again, if Messi humiliates you on the football pitch, is it really humiliation or just natural law?

He shoots and, of course, scores.

Leo Messi scored a lot of fantastic goals, but I don't see many talking about his goal against Zaragoza in 09/10. His enormous desire to keep the ball, not to fall down and get the free kick, his composure in front of the goal after two feints - out of this world. pic.twitter.com/AdDSxFU10z

Arguably Messi's best goal in his career. This goal is only matched by Diego Maradona's epic run in the 1986 World Cup, when he left half the England national team eating dust.

Look at Messi. He gets the ball in his own half and immediately he dispatches two opponents. Then he strides wildly towards goal, eludes three more players in the blink of an eye, including the goalkeeper, and with little shooting angle, scores one of the greatest goals in history.

One of Leo Messi's greatest ever goals came against today's opponents Getafe pic.twitter.com/UZY7n6QpS6

Yes, it was a friendly, but it was against Brazil. Any soccer fan worthy of the name knows that rivalry means total, ruthless, never-ending South American war.

The score is level at 3-3 and less than 10 minutes remain. Messi gets the ball. You know what happens next, don't you? He runs in a frenzy, eluding and outrunning anyone trying to get near him. He shoots from outside the box. The ball pierces through the upper left angle. Typical Messi.

It's the 2015 UEFA Champions League semifinals, and, as a German football powerhouse, Bayern Munich are feeling optimistic of making it past Barcelona and into the final.

Better think again. Lionel Messi is in the house.

He gets the ball on the edge of the box and then an extremely violent event takes place.

Messi dribbles past Jerome Boateng in a move so swift that the poor German international breaks into a thousand splinters.

Then Messi faces Manuel Neuer — the best goalkeeper in the world, but whatever — and chips the ball over him to score a goal for the ages.

The amount Boateng payed to be put back together was never disclosed.

This is not another Messi solo goal like the many others we've seen so far. But you have got to concede it is one of the most emotional.

It's El Clásico against Real Madrid at the Santiago Bernabeu. The score is level at 2-2.

There is barely any time left, and Real Madrid are pushing for the win after they managed to come back.

Then Sergi Roberto retrieves the ball well inside his own half, and boy does he make one hell of a run. The counterattack is in full swing. Roberto passes it to the side.  Along comes Jordi Alba, and he makes the cross.

Messi appears in the middle of the box and "sends his flaming spear into the hearts of Real Madrid" (Ray Hudson's call).

And then just look at that celebration. EPIC.

One more against Los Blancos.

It's the 2010-11 UEFA Champions League semifinals, and the Real Madrid-Barcelona rivalry has reached its peak as Jose Mourinho and Pep Guardiola lead each club respectively.

A much anticipated clash that many would have rather saved for the final, that year's semifinal offered fans around the world two memorable matches.

Back then, Barça and Real Madrid faced each other four times in barely a month. They played El Clásico in the league, a Copa del Rey fixture and then the two legs of this UCL semifinal.

Once again at the Santiago Bernabeu, Messi gets the ball after a brilliant pass from Sergio Busquets, who has a "you know what to do" look on his face. Messi races forward, slaloms his way past four defenders and scores. It's now 2-0.

Unique. Unstoppable. The greatest of all-time.