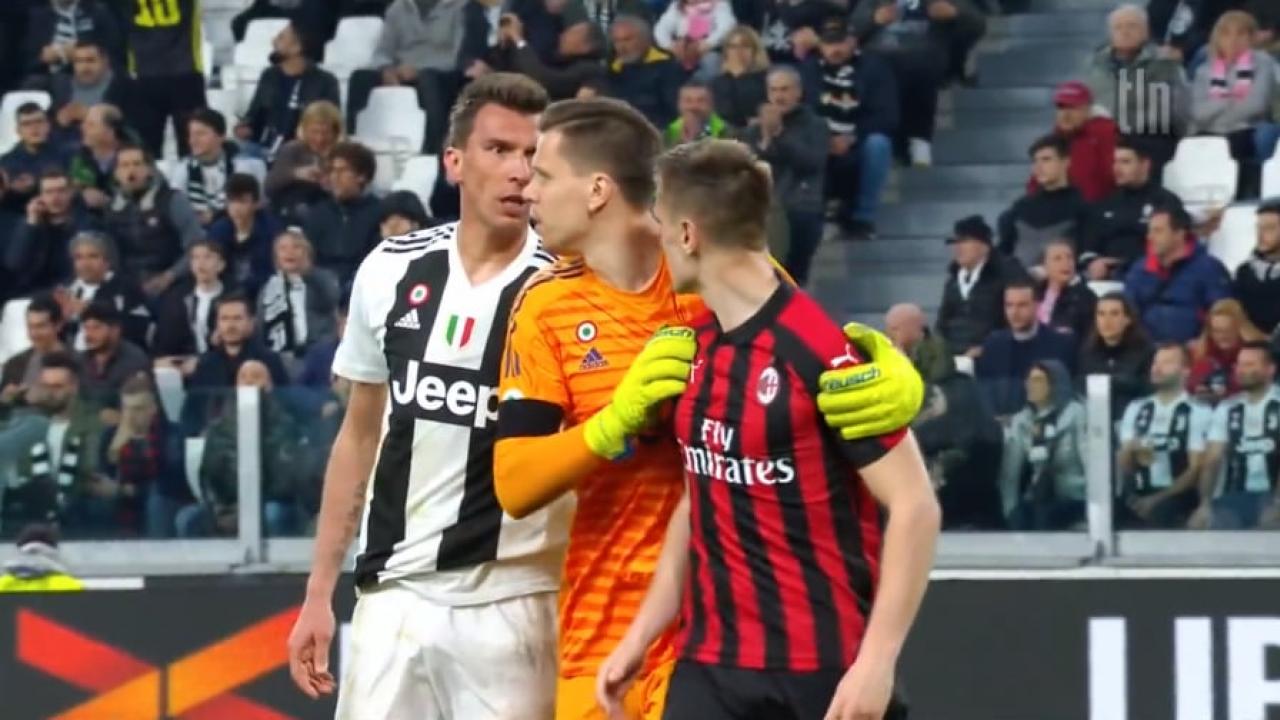 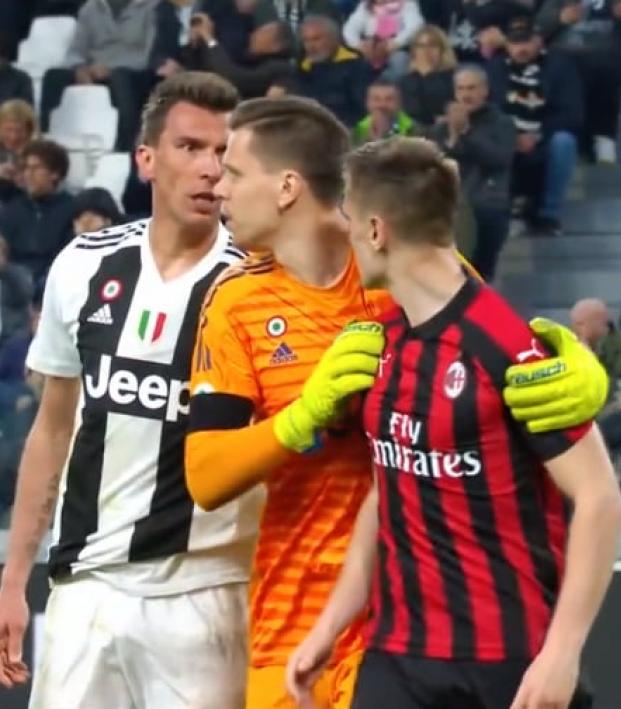 Juventus overcame an early goal from Krysztof Piatek to beat AC Milan 2-1 on Saturday, another victory on the easy road to yet another Scudetto. But the match could have ended poorly for both sides were it not for some heroics from Bianconeri keeper Wojciech Szczesny.

Szczesny, the former Arsenal goalie, let his national allegiances guide his heart during an incident between Juve teammate Mario Mandzukic and Poland teammate Piatek. Mandzukic had murder in his eyes when Szczesny stepped in to prevent the Piatek family line from being discontinued.

Fans of the Old Lady probably wish Szczesny had allowed Mandzukic to smash Piatek back to Poland while those supporting the Rossoneri will praise the Poland keeper for allowing their Golden Boot contender to live.

Mandzukic was probably just upset Piatek scored and he didn’t. The Croatian was denied a bicycle-kick goal by a great save from Pepe Reina.

Piatek, meanwhile, scored, and was the target of this shocking tackle from Leonardo Bonucci, who probably said the blame was 50-50 on Piatek for getting his ankle crushed.

This wasn't a yellow on Bonucci.... pic.twitter.com/Ahzt75DZnQ

In the end, Paulo Dybala converted a penalty kick and Moise Kean scored the winner in the 84th minute to propel Juventus to 21 points ahead of second-place Napoli, in what truly is the most exciting title race in the world.