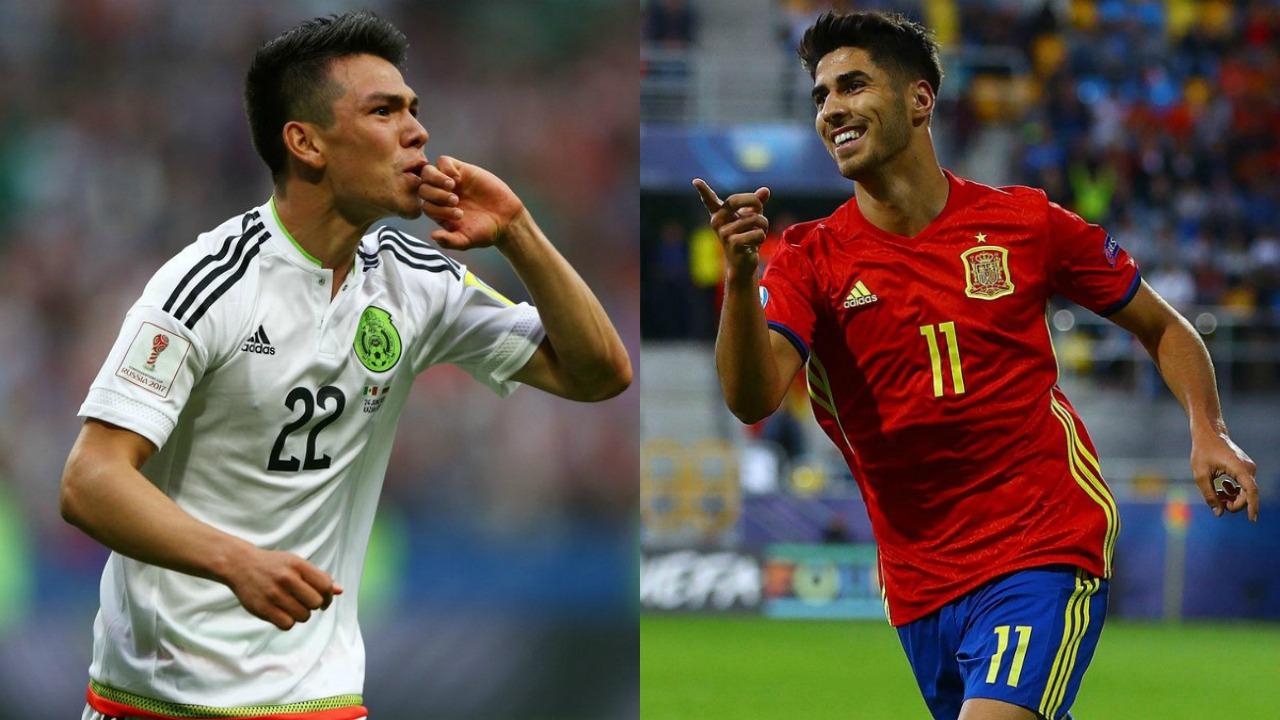 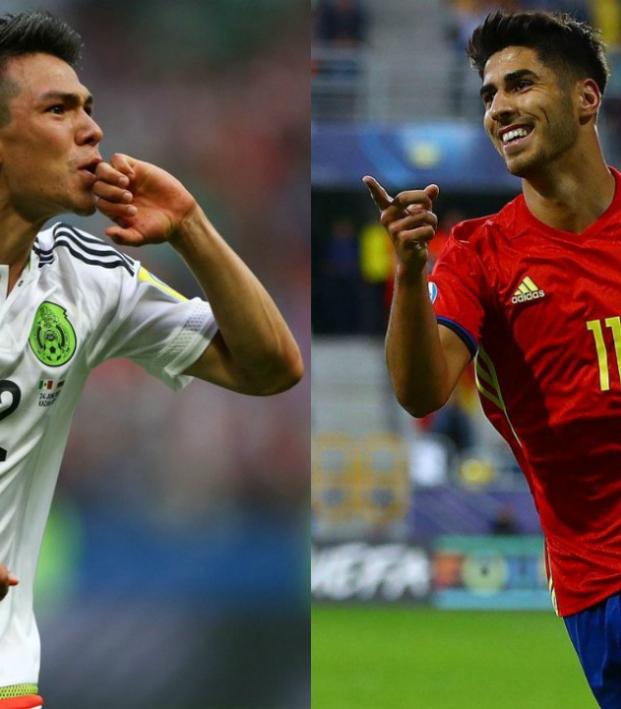 No event defines an athlete’s career quite like the World Cup. It’s why people still look at Lionel Messi like he’s got something to prove (he doesn’t) and why the name Chris Wondolowski still brings a tear to the eye of many Americans. The 2014 World Cup made Mario Gotze an international icon, turned James Rodriguez into the hero of Colombians everywhere and earned DeAndre Yedlin a Spurs contract.

The World Cup is where legends are born and villains go down in infamy. Make no mistake, the 2018 World Cup will turn a number of young talents into household names. Here are 10 footballers that could use the event in Russia as their platform to international superstardom. 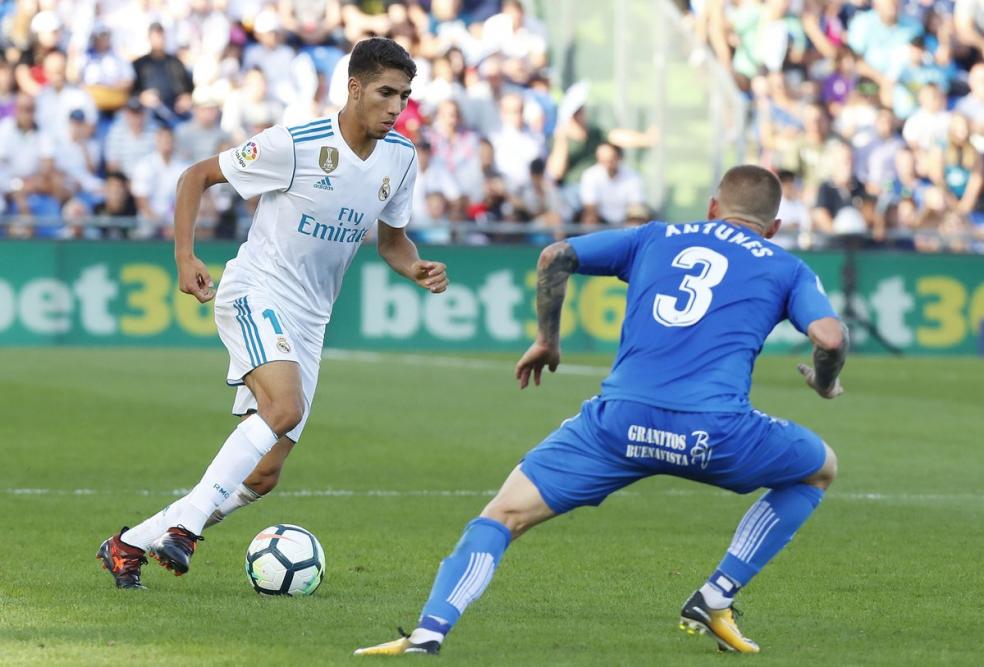 Achraf Hakimi was born in Madrid, but his parents are of Moroccan descent, and he represented Morocco at the U-17, U-20 and U-23 levels before making his senior debut in October of 2016.

He joined Real Madrid’s youth setup as an eight-year-old, and he’s steadily progressed through the ranks. After becoming a regular for Real Madrid B, Hakimi made his first team debut against Espanyol last October. He then scored his first La Liga goal on Dec. 9 against Sevilla.

An understudy to Dani Carvajal at right back, Hakimi has impressed in his few international appearances for Morocco as well. The 19-year-old even managed a goal against Mali during World Cup qualifying. 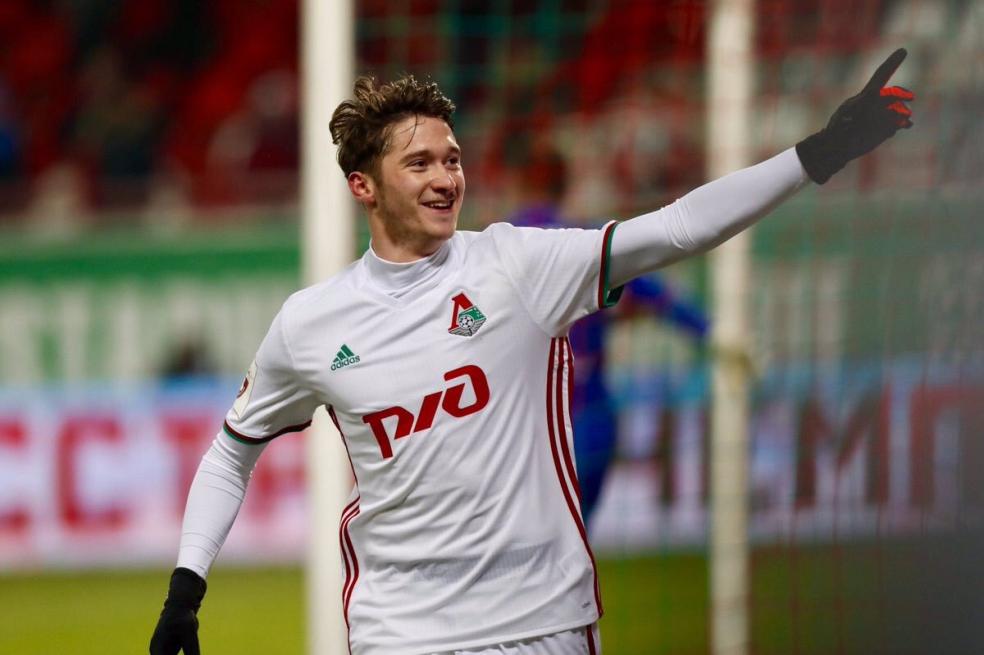 If host Russia is to have any hope of advancing beyond beyond the group stage, they’ll likely need a few moments of inspiration from golden boy Aleksei Miranchuk. Miranchuk’s Lokomotiv Moscow are currently at the top of the Russian Premier League standings after 20 matches, and the 22-year-old’s tally of seven goals and three assists lead the way.

At the international level, Miranchuk made his debut in 2015. Since then, he’s gone on to score goals in four different friendlies, including strikes against Belgium, South Korea and Spain. 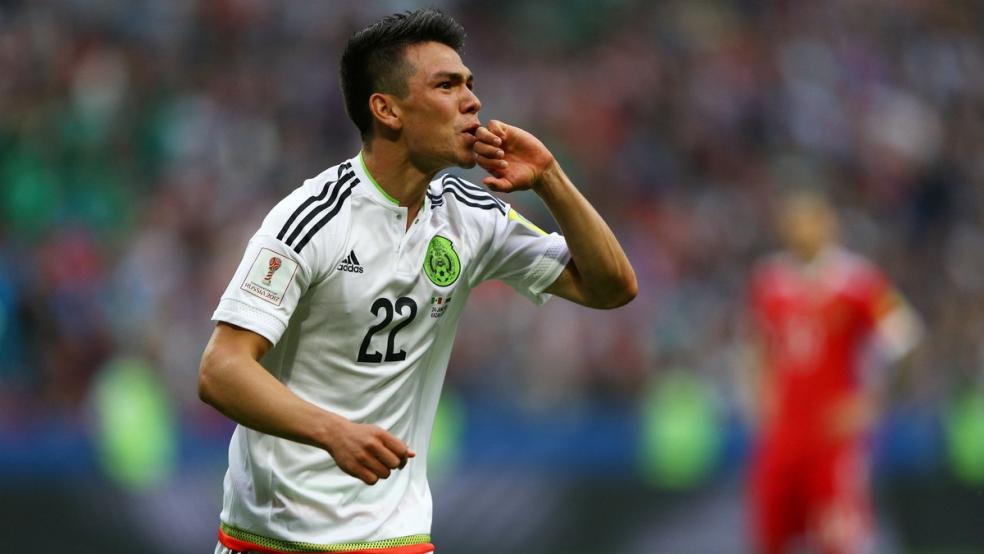 Lozano has taken Europe by storm since arriving at PSV.

After making the move from Pachuca to PSV in the summer, Chucky Lozano has become one of Europe’s hottest commodities. In 18 Eredivisie matches this season, the Mexican has scored 12 goals and added seven assists. If the rumors are true, all of Europe’s biggest clubs are closely monitoring the 22-year-old’s progress in the Netherlands.

At the international level, a brace for El Tri in a November friendly against Belgium outlined Lozano’s growing stature — he’s now a vital cog in Mexico’s attack.

And Hiving Lozano ties it right back up #BELMEX pic.twitter.com/bzTCxqWOVK 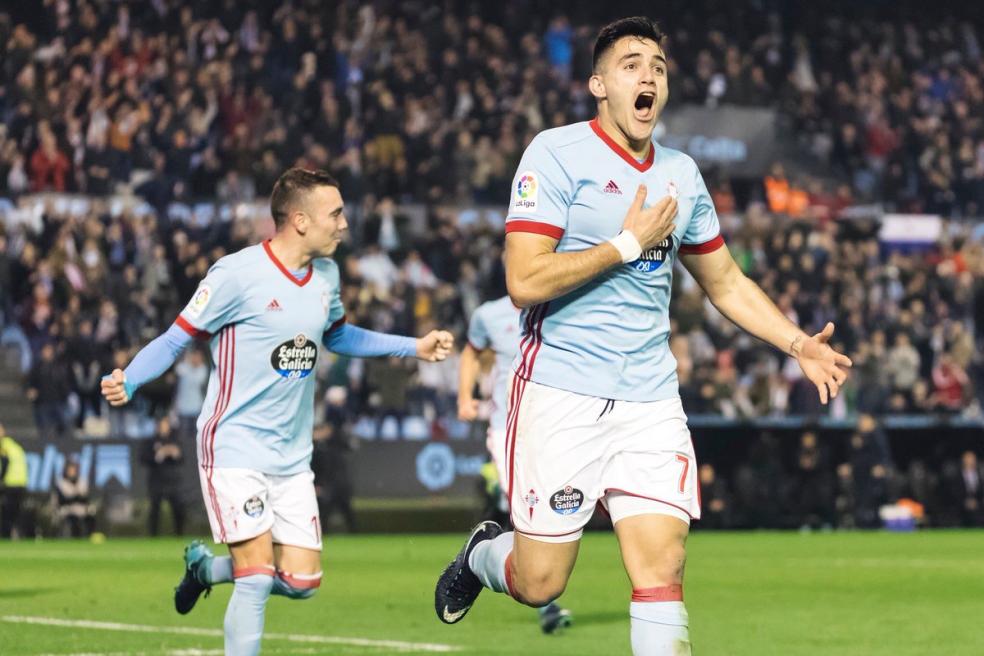 Maxi Gomez has been the revelation of La Liga this season.

The latest in Uruguay’s vaunted forward production line, Maxi Gomez has been a revelation in La Liga this season. The 21-year-old joined Celta de Vigo from Defensor in the summer, and he’s already scored 11 goals in only 20 matches while adding three assists.

With Luis Suarez and Edinson Cavani leading the line, Gomez will be limited to a understudy’s role in Russia, but he still could make a massive impact as Uruguay’s super sub. 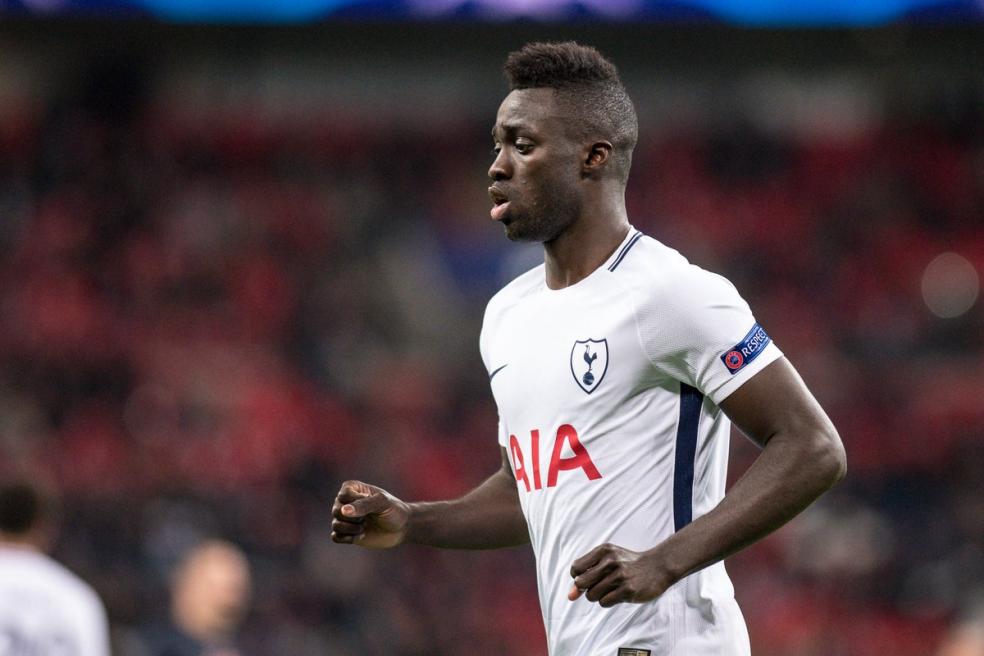 Davinson Sanchez’s potential has long been recognized across Europe. The Colombian became a target of Barcelona after impressing under Juan Carlos Osorio at Atletico Nacional.

However, he elected to join Ajax over Barca to continue his development and put in one fantastic season there (he was named Ajax’s Player of the Year after helping the club to a runners-up finish in the Europa League) before Tottenham came calling with an offer of up to nearly $60 million.

Nothing to see here. Just Davinson Sanchez displaying his passing range as per usual. pic.twitter.com/Gk3SvB6Xvg 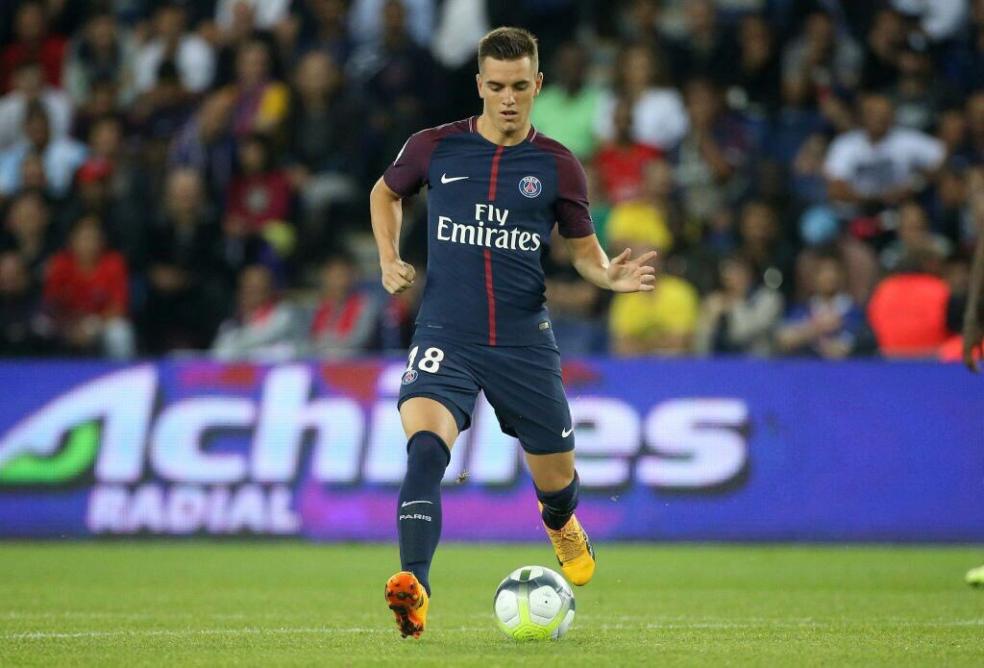 The native of Rosario was handed his international debut last November in a friendly against Russia, and he’s certainly given Jorge Sampaoli something to think about with his performances over the last few months.

The Argentine midfielder put on a formidable display. Young yet mature for his age; is he Argentina’s desperately needed controller? pic.twitter.com/yrZtIgUNJg 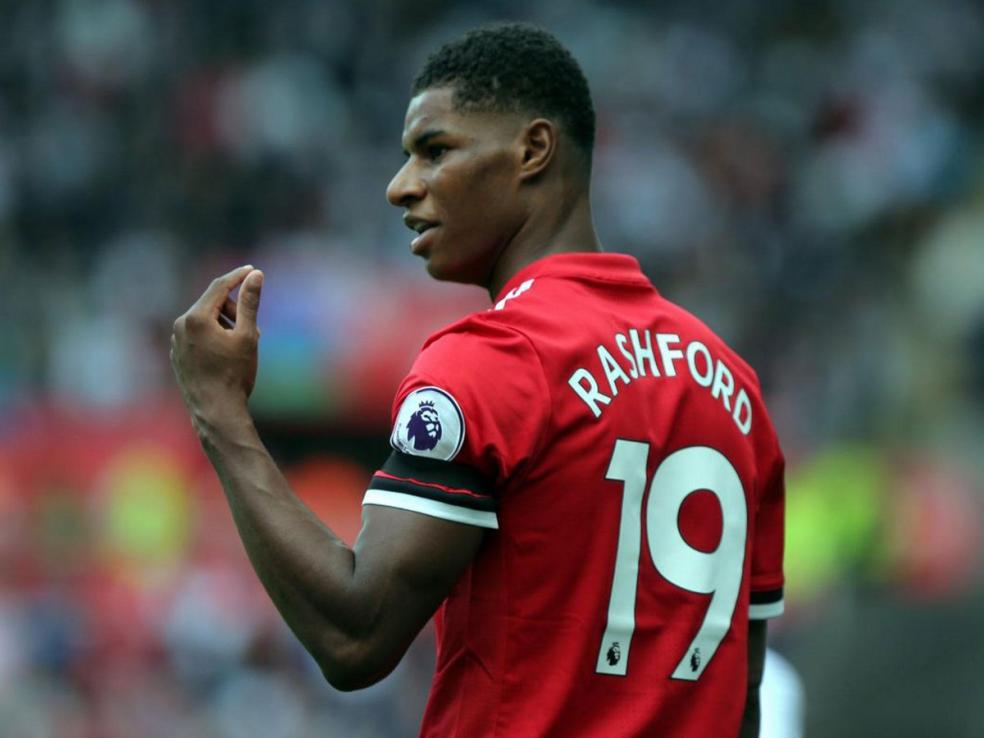 Marcus Rashford was England's Man of the Match versus Iceland despite only playing a few minutes.

Like any 20-year-old, Marcus Rashford is still working to add more consistency and efficacy to his game, but that’s where Rashford’s similarities with other 20-year-old’s end. Claims that the Mancunian will now have to leave United after the arrival of Alexis Sanchez are just symptoms of an age gone entirely stupid — he’s still developing at a prodigious rate.

Rashford has scored 10 goals in all competitions this season (including three goals in six UCL games), and he scored his first competitive goal for England in a World Cup qualifier last September (it was later named England’s Goal of the Year).

Number and the #ThreeLions’ goal of the year was undoubtedly this bullet from @MarcusRashford to see off Slovakia pic.twitter.com/NXLBdG4IZa 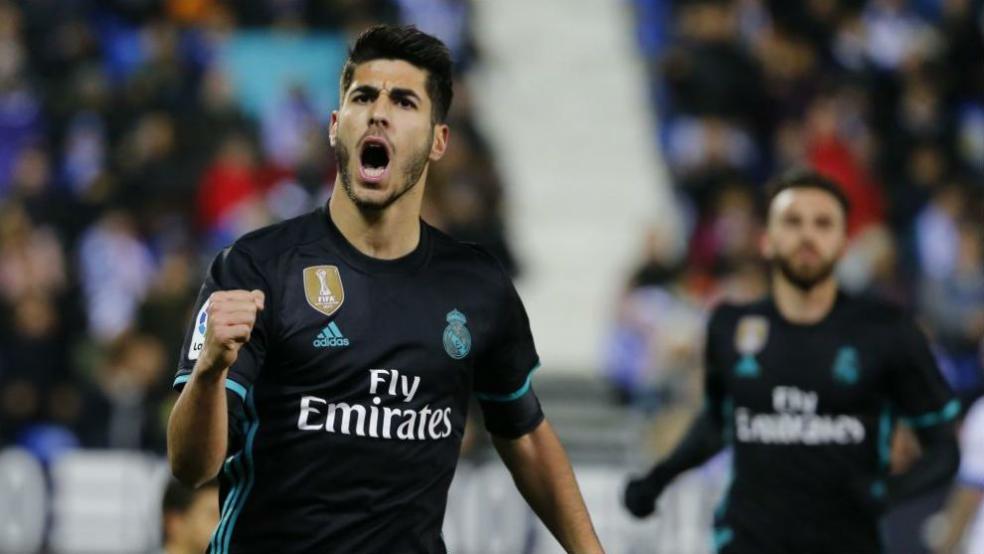 Marco Asensio will only get better after a somewhat dissapointing first half to 2017-18.

Marco Asensio has been given more time in Real Madrid’s starting XI this campaign, but along with the rest of the squad, he hasn’t quite lived up to expectations this season. However, manager Zinedine Zidane’s demands of the 22-year-old only shine a light on his limitless potential — while four goals and four assists in 17 league appearances is nothing to scoff at, Zidane knows he could be among the league's best.

Asensio has been a key performer for Spain at the youth levels, including a stellar showing at last summer’s European U-21 Championship. He’s yet to score for the senior side, but he’ll be a dangerous impact player for La Furia Roja in Russia. 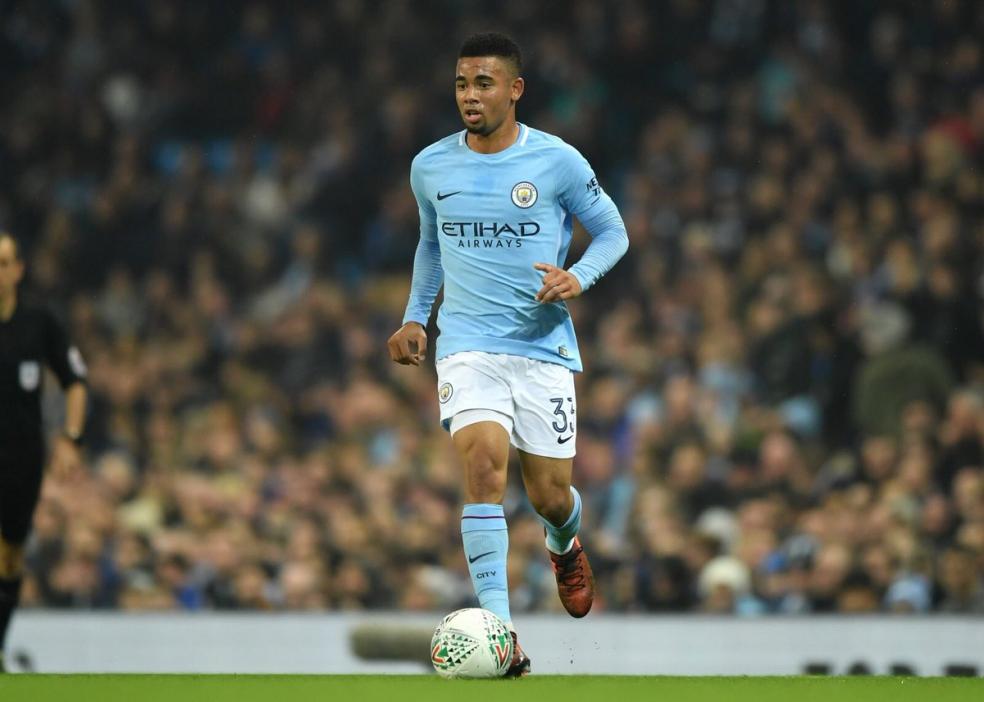 Gabriel Jesus is exactly the kind of forward Brazil craved at the last World Cup while Fred toiled and became Public Enemy No. 1. Wherever Jesus goes, goals follow.

He’s been a machine for Manchester City in the EPL, scoring 15 goals in 28 league matches. His record for Brazil is somehow even better — eight goals in only 13 caps.

The 20-year-old can lineup anywhere across the attack, and he combines pace, technical quality, finishing and world-class movement to frightening effect.

And tbh there's really no argument here. Take your L and be silent. pic.twitter.com/lovDRE7aDc 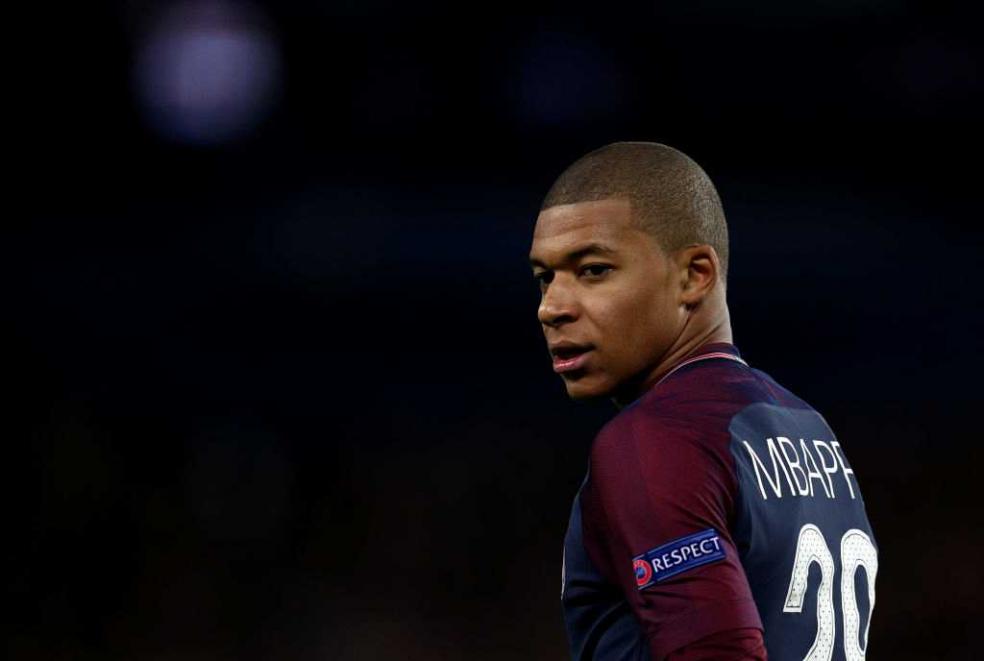 Kylian Mbappe is the past, the present and the future.

We have been blessed with the reincarnation of “O Fenomeno” on the pitch in 19-year-old forward Kylian Mbappe. With searing pace, a penchant for flair and an insatiable eye for goal, Mbappe has been tagged as the future of football at the forward position.

It doesn’t hurt that he’ll be playing alongside the likes of Antoine Griezmann, Anthony Martial, Olivier Giroud and Alex Lacazette in Russia.