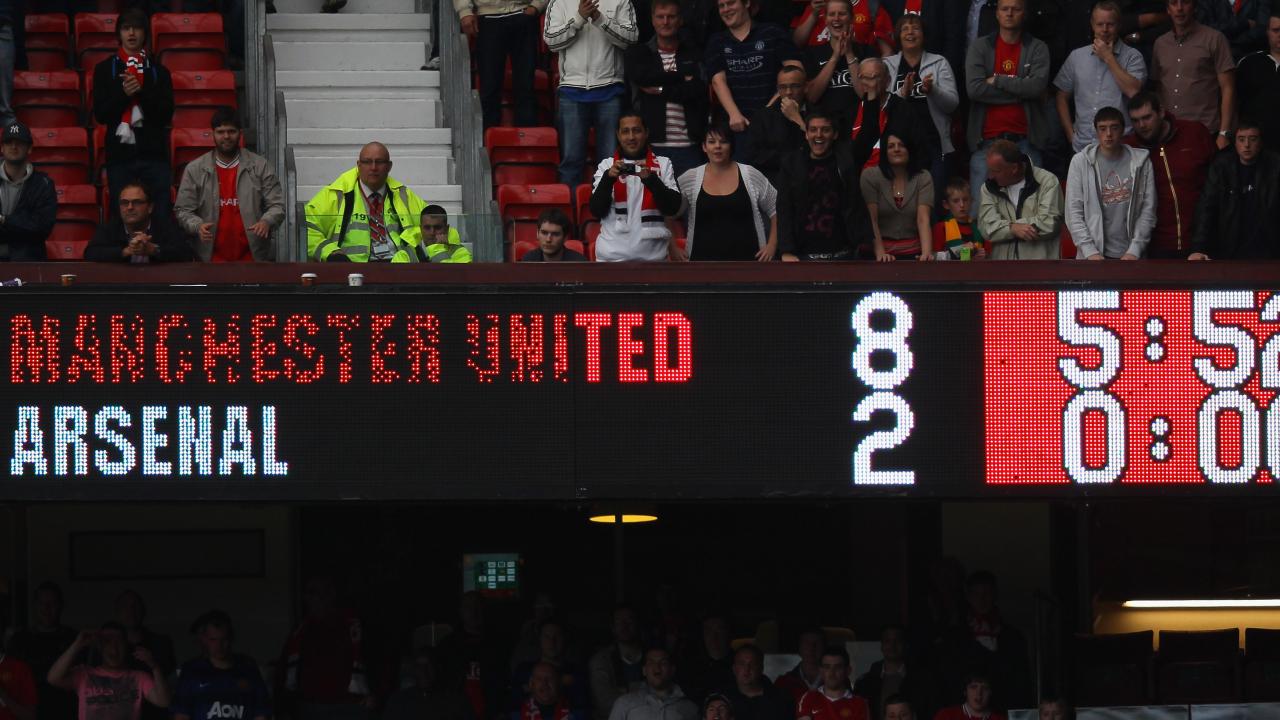 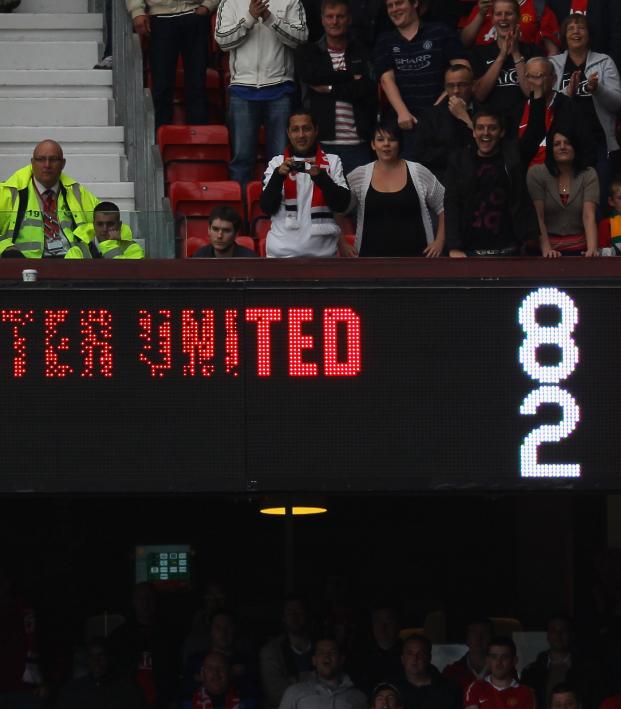 A List Of Every Current EPL Club's Worst League Loss

I gagged on my toast when I Googled “epl scores” and saw Leicester City putting the hammer down on last season’s runner-up, Manchester City. The Foxes 5-2 demolition of City had me wondering what was the worse loss City had ever suffered. I then went on the tangent of discovering every EPL club's worst loss in the Premier League era.

Here is that list in all of its pathetic glory, featuring clubs participating in the 2020-21 season.

For Arsenal supporters this was one of the lowest moments in club history. The goals flowed nearly as fast as the tears.

Getting scored on eight times in one game is never any fun. This defeat for Aston Villa was their worst loss in EPL history, but in terms of embarrassment it could have been worse. Chelsea was threatening for the league title that season, and on the bright side, the 8-0 beating happened at Stamford Bridge.

The Seagulls were honestly just trying to avoid getting relegated during the 2018-19 campaign. Bournemouth was a solid middle table team. The loss did happen at home, but three of the goals were scored after Brighton had a player sent off in the 68th minute. Brighton narrowly avoided relegation that season, so it wasn’t the end of the world.

This was a brutal game for Burnley. Stuck in the toils of the relegation zone, Burnley supporters hoped to see their club pull of a big result against City. Those in attendance at Turf Moor saw Burnley get scored on three times in the first seven minutes and it didn’t get much better from there. Burnley was relegated at the end of the season.

Chelsea’s hopes for a title were fleeting when this game was played. After recently suffering an arguably worse 4-0 defeat to Bournemouth, Chelsea supporters prayed for a miracle. Instead Manchester City slapped the Blues around for 90 minutes and scored six times.

It was a tough opening week for newly promoted Crystal Palace. Their welcome package to the Premier League was a Liverpool beating. It was a sign of things to come as Palace would get relegated from the Premier League for the second time in three seasons.

Everton’s worst loss came in one its better seasons. The Toffees managed to qualify for the Champions League that year but were also destroyed by the Gunners. Everton’s manager at the time, David Moyes, ordered his players to apologize to the traveling away fans for the dismal display.

Hull City celebrated its largest ever Premier League victory while Fulham sat on the receiving end. The two clubs fought all season to avoid relegation. The Cottagers would go back down to the Championship while Hull City stayed up.

A bit of a bummer to have your biggest ever loss happen twice. Oddly enough, both opponents that put the Foxes to the sword would finish runner-up in that respective season.

Poor Steven Gerrard had arguably the worst possible sending-off. In his final appearance in a Liverpool jersey, he captained his team to a devastating 6-1 defeat against middle-of-the-pack Stoke City. The only positive takeaway was Gerrard scoring Liverpool’s only goal.

Ah yes, the days when City wasn’t an absolute powerhouse in England. Middlesbrough didn’t hold back and gave City a defeat to remember. Fun fact: Manchester City is the only club to have scored eight goals in a game and conceded eight.

There isn’t anything worse than losing to your arch-rival. That is, until your arch-rival is responsible for your worst defeat in league history. The season would actually get worse for United when the league title was snatched from its grasp in the most dramatic way possible.

If you’re going to lose big, make sure to do it during an away game. Newcastle went above and beyond and managed to record its largest defeat at home and away. Newcastle also holds the claim to fame of being the only Premier League club that Cristiano Ronaldo has scored a hat-trick against. It’s not the most exciting claim, but it’s something.

You can’t have a huge Premier League defeat if you never play in the top-flight. Sheffield United is entering its fifth season in the Premier League. At the rate the Blades are tanking, there could very well be a five-goal defeat this season.

An iconic game from last season, Southampton holds the record for the largest home defeat in Premier League history. The Saints players from that day probably still have PTSD every time they have to play Jamie Vardy.

It’s weird to think of Newcastle being title contenders and Tottenham being middle-table fodder. In the late 90s that was the scenery of the Premier League. A different time when Alan Shearer broke the world transfer record for £15 million and tried to lead Newcastle to a league title.

West Brom has never been the most threatening club in the Premier League. The highest the relegation zone frequenter has ever finished is eighth. Considering how poor the club typically finished in the table, I would have guessed a seven or eight-goal defeat to be the highest.

The only good news for West Ham is that if the score line “7-1” is ever mentioned, no one will think of the London club. Brazil and Germany have claimed that score for good. People envision Brazilian tears, not Paul Scholes scoring a hat-trick against West Ham.

A classic quantity over quality scheme going on here. Rather than having one major embarrassing loss, Wolves have chosen to repeatedly lose by five. In 2011-12, the club finished bottom of the Premier League. Honestly not surprising when a club suffers its worst ever loss twice in the span of two weeks.