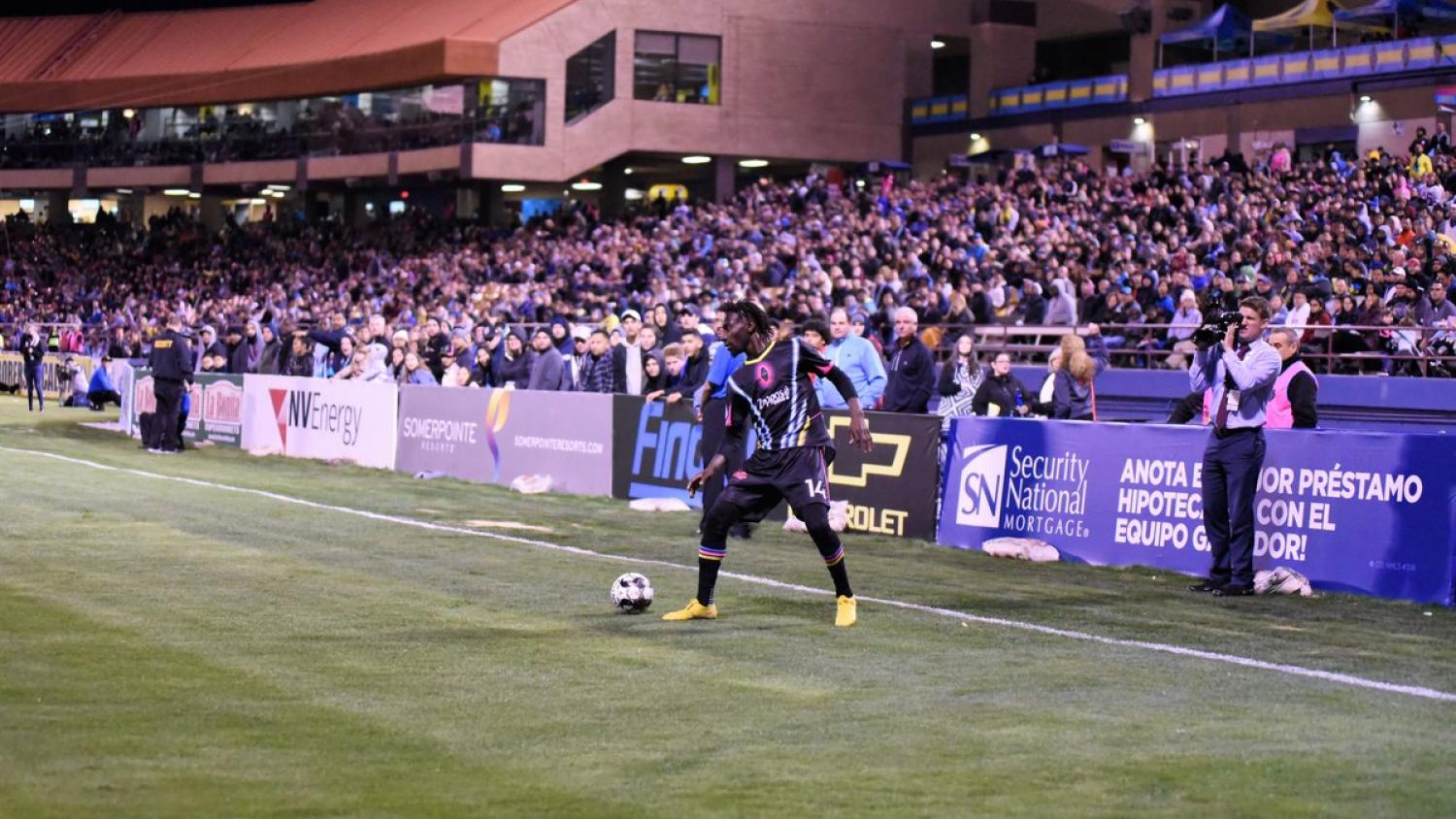 If you’ve ever had the pleasure of attending a second division match in the United States, you've seen some real grassroots support. The USL Championship (formerly just the USL) has been around for quite some time, and has expanded to an eye-popping 36 teams this year. Austin Bold FC is one of the newest clubs making the rounds in the USL Championship, and the new boys travelled to Las Vegas for the start of the season.

The most interesting of the teams calls Vegas home — the Lights. Las Vegas Lights FC plays its home matches at Cashman field, a 9,000-seat baseball stadium, and for its home opener against Austin last Saturday, the stadium was packed to the brim.

Naturally, a team based in Las Vegas has some over-the-top marketing ploys. For instance, the Las Vegas Lights kit sponsor is Zappos, its mascots are two llamas provided by Zappos and the club has an in-house DJ yelling through the mic to get people on their feet for throw-ins and corners in the attacking third. Until you actually go to a Lights match, there’s no real indication soccer should even exist in Vegas . . . until you look at the support and the atmosphere at Cashman Field.

The Lights have a decent side and a possession-based game, and even though the Lights have Eric Wynalda as thier head coach, MLS sides would dominate the team. Still, the level of the USL is high. The supporters stand out too. Opening night at Cashman Field was buzzing with Lights fans. The supporters' section behind the south goal was in full voice. The support for the Lights shines in comparison to some MLS sides.

One of the only full sections at BBVA Compass Stadium is full of @SonsofBen. #USOC2018 pic.twitter.com/WIxHlgFYFt

Take Houston, for example. Houston Dynamo’s BBVA Compass Stadium is a fantastic and well-built ground, but the attendance and atmosphere at the stadium is low. Same with New England. Obviously Gillette Stadium is massive, but the lack of fans makes a Revolution game quite dull.

Nonetheless, it’s good to see some MLS sides have a religious-esque supporter culture (Atlanta, LAFC, Seattle), but it’s likely that you might see a better atmosphere at USL matches. The fact that Las Vegas provided a better atmosphere with 8,000 people in comparison to New England or Houston’s 16,000 attendance is characteristic of the clubs, and of the culture surrounding them.

Granted, younger clubs tend to get more support in the early years and steadily will lose attendance, but the USL Championship is definitely on the rise. The culture surrounding lower league clubs is an example of what soccer in the U.S. should be.