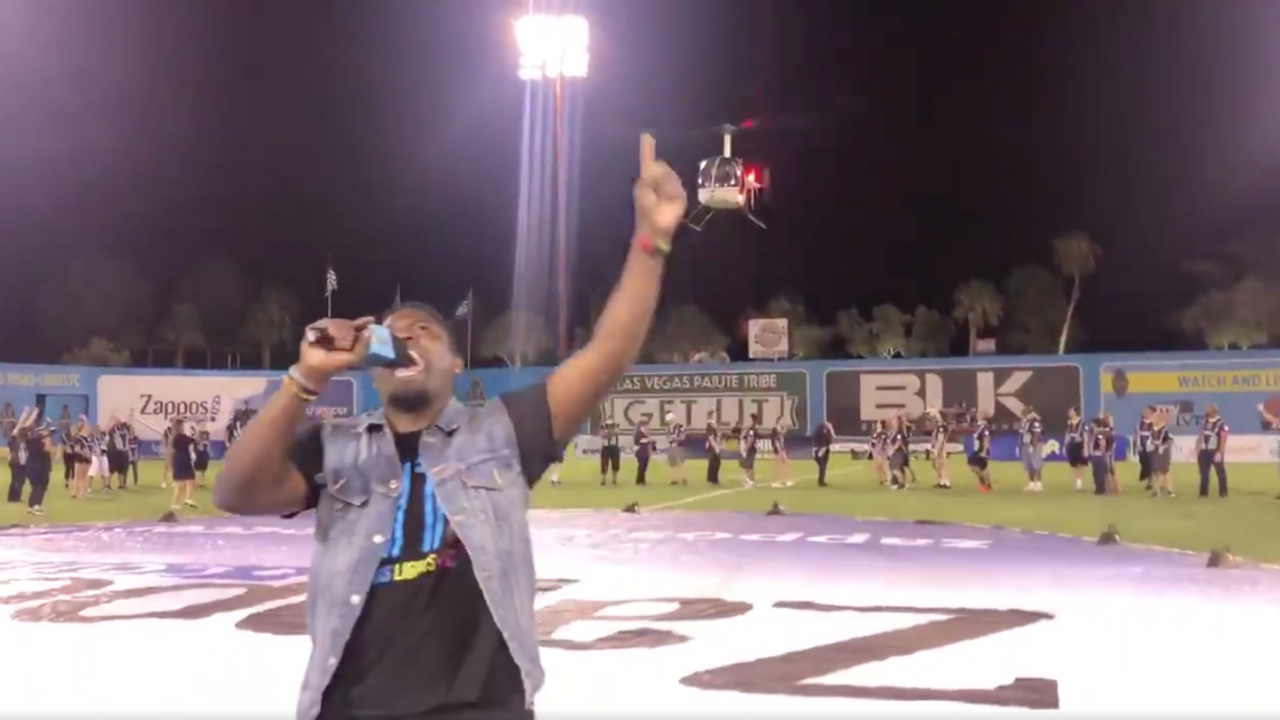 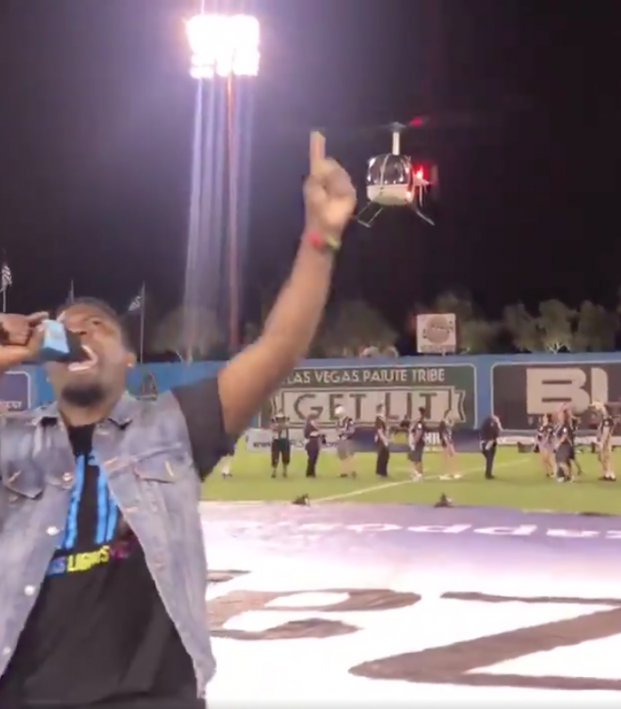 Like A Scene Straight Out Of The Hunger Games, Las Vegas Lights Dropped $5K In Cash Out Of A Helicopter Onto Fans

If you’ve ever wondered how a Donald Trump presidency would really affect America, just look no further than the Las Vegas Lights cash drop on Saturday night at Cashman Field in Las Vegas.

In a scene straight out of the Hunger Games, the Las Vegas Lights, a USL team, dropped $5,000 in cash from a helicopter onto eager fans pocketing as many Washingtons, Hamiltons and even a few Benjamins on Saturday.

The final count is on. Next time you see the ...... it’s go time. #VivaCashDrop pic.twitter.com/97TqvWNmzb

And yes, folks, the Las Vegas Lights cash drop was real, and it was spectacular.

There is little doubt the most entertaining soccer club in the world is the USL team based in Sin City. The entertainment capital of the world may not be commonly associated with soccer, but the Lights have absolutely killed it in marketing this year, their first as a professional club.

For starters, Las Vegas is home to the future of U.S. soccer, Freddy Adu. The 29-year-old wunderkind has held his own with one goal this season — we Americans just need to give him time to mature into the Messi he’ll soon become. The Lights also have some of the best kits we’ve ever seen and their mascots are a pair of llamas and an Elvis impersonator. What’s not to like?

The Las Vegas Lights cash drop on Saturday night was a fantastic publicity stunt — we’ll be honest, the only other reason to cover the USL these days is Efrain Alvarez (more on him later).

The event saw 200 fans allowed onto the pitch at halftime of the game against LA Galaxy II. The helicopter dropped $5,000 in cash, most in one-dollar bills but also a smattering of 10s and 100s.

Personally, my favorite part was the cringe-worthy catch phrases and alliteration spouted out by the announcers during the cash drop.

It’s only a matter of time before these guys get called up to do some ESPN work because this was just fantastic analysis here:

In the end, the Las Vegas Lights cash drop brought in more than 8,000 fans to Cashman Field (a baseball field converted for soccer), about 1,000 more than the club’s average. The Lights, in their first season, are averaging just over 7,000 fans per game, ranking in the top six of the 30+ USL clubs.

And the fans seem to love the team. Or at least the party atmosphere.

Ultimately, the cash drop couldn’t bring success to the home team. Omar Salgado gave the Lights a lead in the 10th minute but an Ariel Lassiter penalty equalized in the 21st minute. Then, that kid Efrain Alvarez scored the match winner in the 27th minute.

Freddy Adu came on in the second half to try to spark a comeback and although the Lights drew a penalty kick, Carlos Alvarez had his effort saved and the Galaxy took home a 2-1 win.

Not that anyone will really care. Saturday night was all about that Las Vegas Lights cash drop.